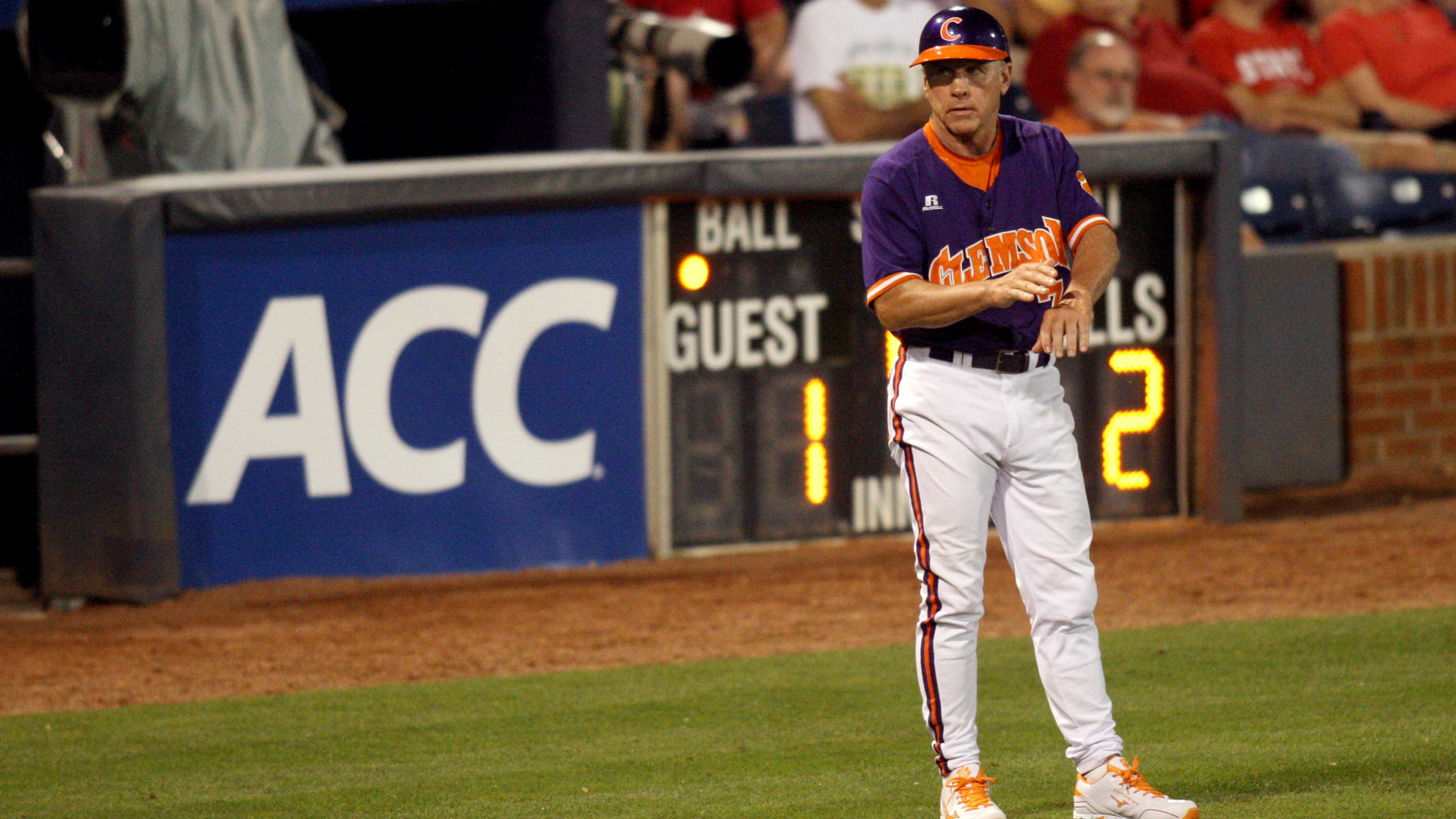 DURHAM, NC – Garrett Boulware had three superb at-bats Wednesday, including a blast he hit over the bull beyond the left-field fence at Durham Bulls Athletic Park that would have allegedly earned him a free steak had it not been hit quite so far, but it was his other at-bat that might have made the difference in the game.

With the bases loaded and no outs and its two best hitters coming to the plate in the sixth inning, Clemson appeared poised to hang a huge number on the manually operated scoreboard in left field of Goodmon Field.

Instead, Boulware bounced into a 6-3 double play and then Shane Kennedy went down on strikes, and while the Tigers tied their ACC tournament opener with NC State at 2-2 at that point by plating a run on Boulware’s grounder, their failure to capitalize on the situation proved costly in a 6-3 loss to the Wolfpack.

“You wish you could pick your at-bats and put your hits where you want them,” Boulware said afterward. “Bases loaded, you’ve got to do something – we got a run, but you’ve got to do something other than a double play, especially with my speed. I’m not going to leg it out and beat the throw. So, I really wanted to drive one, but (Wolfpack reliever Josh Easley) got me off balance and I was out in front of it.”

Boulware went 3-for-4 on the day, including the long homer, and he improved his team-leading home run and RBI totals to eight and 44, respectively. He also took back over the team lead in batting average, as the three hits raised his average to .319, four points better than Kennedy.

“Really the only thing that is killing us right now is situational hitting, and there’s not really an approach or any mindset you can have to change it,” Boulware said. “You’ve just got to execute when it matters and keep hitting, because eventually it will fall.”

Clemson also left men stranded in scoring position in the fourth and fifth, and its struggles to come up with a key hit was the continuation of a trend that had proved its undoing in last weekend’s series loss to Florida State, when the Tigers outhit the Seminoles 20-18 across the final two contests, but were outscored by an aggregate of 8-2, including a 6-1 loss in the finale when they stranded 13 men on base, 10 in scoring position.

On Wednesday in Durham, the first game of three the Tigers are guaranteed within pool play, they managed to outhit the Wolfpack eight to six, but were unable to capitalize on those opportunities.

“It’s one of those things where it doesn’t matter how many hits you get, you’ve got to get them at the right time, and that’s where we’re having a little bit of trouble,” head coach Jack Leggett said.

Boulware notched the game’s first hit with a single through the left side to start the second. He was quickly erased on Kennedy’s fielder’s choice, but that swap paid off, as Kennedy swiped second and third base in quick succession and came in to score on a wild pitch.

With the stolen bases, Kennedy became the first Clemson player to steal 20 bases this season. The Tigers led the ACC with 103 stolen bases coming into the game – the only league team to reach triple digits – but no player had swiped as many as 20 until Kennedy did so.

NC State scored single runs in the second and third inning to take a 2-1 lead. The Tigers tied the game in the sixth, but State reclaimed the lead in the seventh on a bases-loaded hit by Jake Fincher that brought home two runs, the second one scoring after the throw from left field was unable to be corralled.

The Wolfpack then blew the game open on a liner into the left-center field gap by Brett Austin that scored both Logan Ratledge and Fincher, the latter of whom ran through a stop sign at third and slid safely into home with a head-first dive.

Boulware’s blast in the ninth inning provided the final margin, but the loss leaves the Tigers with a day off to regroup before returning to tournament action against the tournament’s top seed, North Carolina, at 7 p.m. Friday.

“They just did a better job of hitting with men on base,” Leggett said. “We had a good opportunity in the sixth inning – that was probably our big shot in the game, when we had the bases loaded and nobody out – and we came up with one, but it was a pivotal point in the ball game. It’s when you get your hits that makes all the difference, and we just struggled with that.”