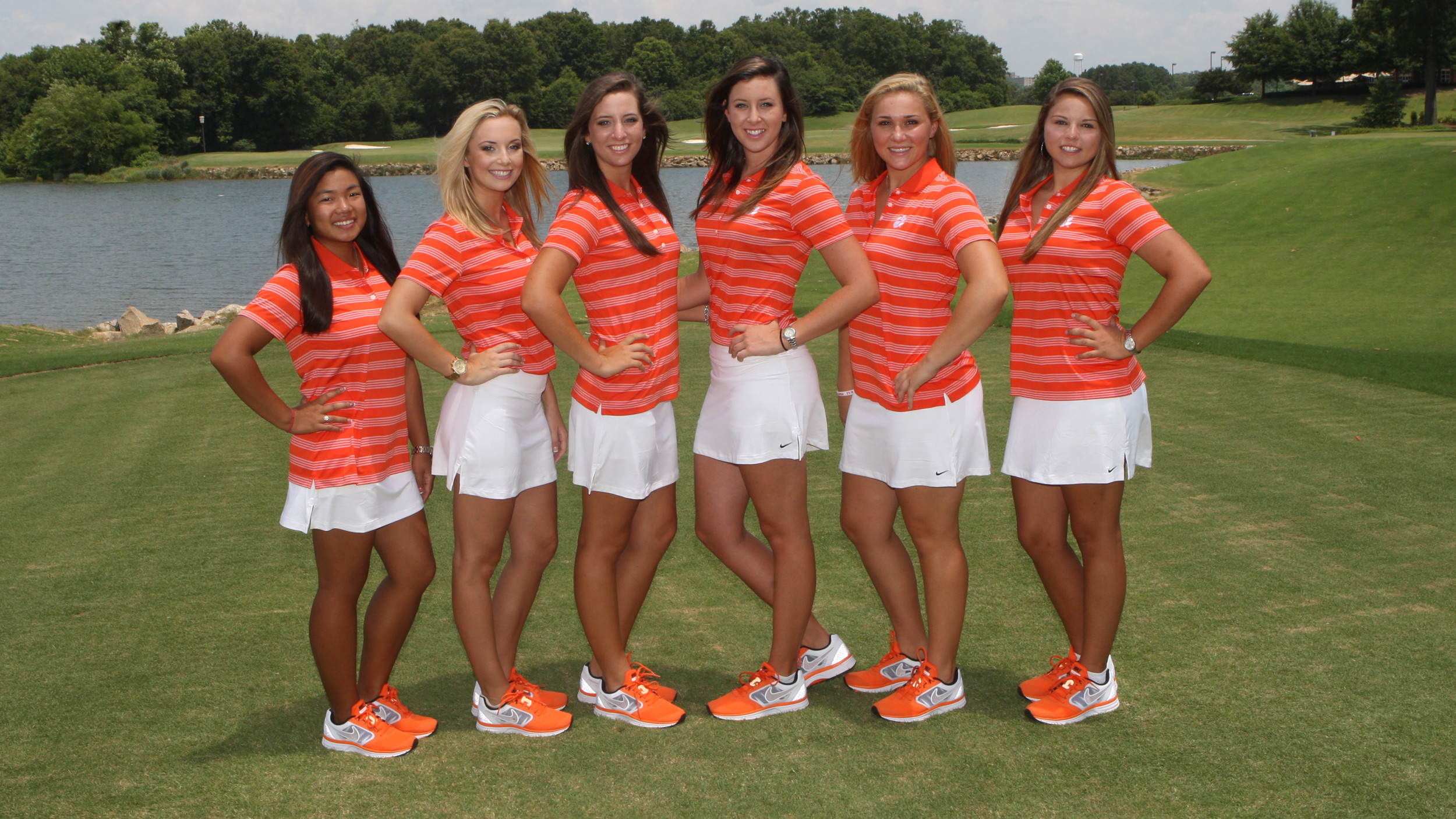 CLEMSON, SC – Upon celebrating his two-year anniversary at Clemson on Friday, J.T. Horton admitted those two years have definitely been an exercise in patience.

Horton was able to make that admission with a smile because he knows the long wait is almost over.

Having been introduced as Clemson’s first women’s golf coach on August 23, 2011, two years to the day later, Horton and his team departed for the Reserve at Lake Keowee in Sunset, SC, for a preseason retreat, just 16 days away from actually competing.

The first shot in the history of the Tiger program will be struck September 8 at the Cougar Classic in Charleston, marking the culmination of the creation of the inaugural team at Clemson, a process Horton has been working toward since the day he was hired.

“To me, it’s kind of like the start of a football game when the jets fly over,” he said. “It’s an experience that myself and these young players and Janine Fellows, our assistant coach, have been dreaming of.”

Two of those players in particular have been dreaming for an especially long time.

All six players on the Clemson roster are freshmen in terms of eligibility, but Taylor Ramsey and Lauren Salazar have the tag of redshirt on that title, having arrived on campus last year and spending the year taking classes and working on their games.

At the ripe old age of 19, Salazar – who hails from Santa Clara, CA – said she and Ramsey consider themselves the “mothers of the group.”

“They’re my babies,” she joked. “I call them babies, even though they’re only a year younger.”

Ramsey and Salazar spent all of last year as the team’s only two members, meaning that they not only practiced and played together almost every day, but also lived together and attended many of the same classes.

“I’ve probably played over 100 rounds with her just in the past year,” Salazar said. “We played three times a week every single week. We definitely got close, but I think we were ready to kill each other by the end because we lived together, we played together every day, we had class together. We definitely got close, but I’m glad that the other girls are here now too. (Having) six people is way better than two.”

But while Ramsey and Salazar might be the big sisters of the team, Ramsey is quite literally a big sister on the team. Her younger sister, Ashlan, is the most ballyhooed of the four true freshmen on the roster.

That can’t be viewed as a slight to any of the other members of the class, however, as Ramsey has risen to the rank of the No. 1 amateur golfer in the world by Golfweek, and would be more highly regarded than any non-professional on the planet.

“It’s definitely nice to have that title,” Ashlan Ramsey said, “but I don’t think it really changes me or changes my mindset. I never want the rankings to define me as a player or anything like that, so I’ve tried to stick to my plan and just stay in the process more than look at rankings.”

Horton had recruited the Ramsey sisters during his previous role as the head coach at Tulane, where he resurrected the program after Hurricane Katrina halted it from the fall of 2005 until the fall of 2008.

Once Horton moved on to Clemson, much closer to their hometown of Milledgeville, GA, the Ramsey sisters knew they’d found the program they wanted to be part of.

“We’ve always kind of wanted to play at the same school, but I wouldn’t have been offended if she wanted to go play at another school,” Taylor Ramsey said. “It just worked out the way it did, and it was great.”

While Ashlan Ramsey was the headliner of Horton’s second signing class, all four of its members were blue-chip prospects on the junior golf landscape, as all of them were ranked in the top 50 in the Golfweek Junior rankings for the class of 2013.

“I could not have been more pleased with how recruiting went,” Horton said. “They all have that ultimate goal to do what we came here to do – win championships.”

While winning championships is big talk for a brand-new program, the Tigers have clearly gotten the nation’s attention just by virtue of the names on their roster.

Clemson is ranked 21st in the preseason top 25 by Golfweek despite not having yet struck a single meaningful shot.

“That’s awesome,” freshman McKenzie Talbert said. “The respect we’re getting for the talent we have and the recruiting class J.T. brought in, we were really excited about that. But we’re not going to put a number on this team because our expectations are much higher than that.”

Talbert, from Edgefield, SC, grew up a lifelong Tiger fan and refused to take visits to other schools as a freshman and sophomore in high school despite Clemson having not announced the creation of its program at that point.

She was a three-time winner of the Carolinas Junior Golf Player of the Year, and was also Horton’s first verbal commitment, having given her pledge as a sophomore in high school just eight days after he was announced as Clemson’s first head coach.

“It was awesome,” Talbert said. “Being the first was a big thing for me just because this is where I’ve always wanted to be, and I get to be the first. How much better does it get?”

Jessica Hoang and Sloan Shanahan, both top-50 recruits in their own right, round out the Tigers’ six-player roster.

Horton said his most important job upon being hired was to hit the recruiting trail running, and his efforts have clearly paid off. But he directed much of the credit for the program’s instant credibility in recruiting to men’s head coach Larry Penley.

“Anytime you have somebody like Larry Penley who is your Director of Golf, you’re talking about a great deal of experience and a wonderful person, a wonderful coach that you have a lot of respect for and trust in,” Horton said. “Coach Penley has been a huge asset.”

With that, the Tigers will tee off their inaugural season – the first shot in program history will be struck by whichever player secures the No. 5 spot in the lineup – from September 8 to September 10 at Yeamans Hall Club in Charleston. They will then play the following weekend (September 20-22) back in the Upstate at the Lady Paladin Invitational at the Furman Golf Club.

“This is something that’s never happened,” Horton said, “so anytime you’re doing something for the first time and you’re the fortunate person or coach to be in that place, it’s just a feeling that few have ever gone through. I’m fortunate to go through it twice, but these players will be doing it for the first time. I’m sure there will be some nerves, but there will also be a lot of excitement.”