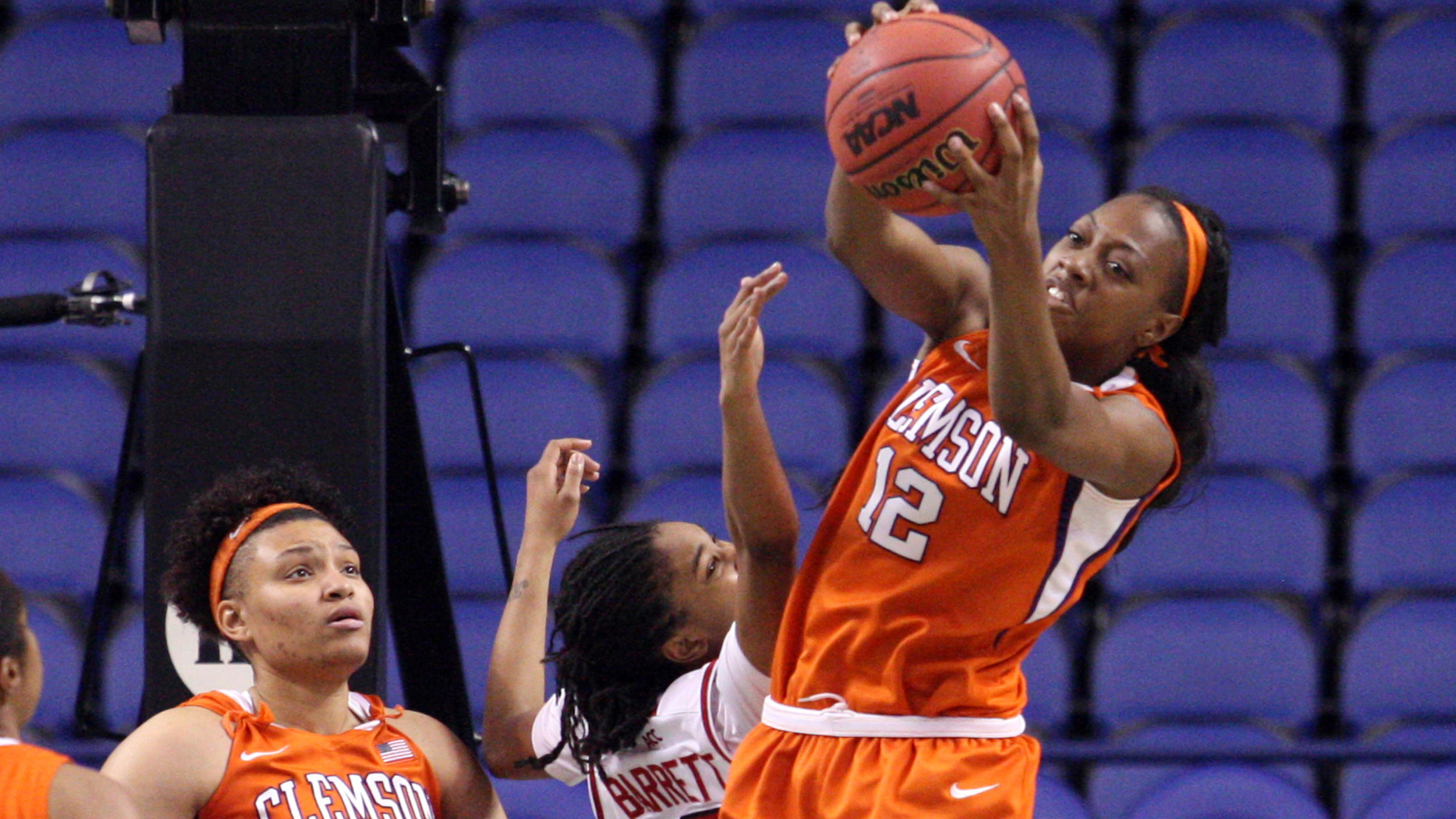 GREENSBORO, N.C. – Having too few players to avoid wearing down against deeper teams has been the story of the Clemson women’s basketball team’s season, and on Thursday, it became the story of the end of its season as well.

The Lady Tigers held their own for more than 36 minutes against N.C. State in the first round of the ACC Tournament at the Greensboro Coliseum, leading by as many as eight in the first half and late into the second, but the Wolfpack closed the game on a 16-1 run and won 56-45 to eliminate Clemson.

“We played a good 36 minutes, but down the stretch we couldn’t score and we didn’t get back in transition defense,” head coach Itoro Coleman said. “Along with that, we put them at the free throw line too many times. But I’m proud of the way my team fought.”

Nikki Dixon came out playing aggressively and scored 11 of the Lady Tigers’ first 21 points to give them a four-point advantage on a three-pointer with 7:45 to go until halftime. That shot put Dixon into double figures for the 19th time this season.

Clemson extended its lead to eight on a put-back by Quinyotta Pettaway to give her team its largest lead of the game at 25-18, and it took a 29-26 edge into halftime.

“We came out ready,” Coleman said. “We knew it was going to be a defensive battle … and I think our post players really stepped up to the plate defending them. We wanted to keep them out of the paint, and we were able to do that in the first half.

“We had some plays we wanted to execute we ending up tweaking before we came to the tournament, and we did that. We were able to do pretty much what we wanted, and then when that fatigue started setting in, we got kind of careless and sloppy with the ball.”

Despite those struggles, the Lady Tigers still led by four, 44-40, on a three-point play by Chancie Dunn with 6:14 to go, but they went 0-8 with two turnovers in their final 11 possessions, scoring just one point the rest of the way.

Dixon, who came out on fire but missed her final eight shots and didn’t score for the final 27:45 after reaching double figures, refused to use fatigue as an excuse afterward.

“It is a factor, just because there always needs to be fresh legs,” she said. “But at the same time, when we lost the players that we lost in the beginning of the season, we learned to play with each other – and that was six, seven, eight (of us). So I feel like it wasn’t really a factor when it came down to it because at the end we were all used to it.”

Not long after Dixon went to the bench with her fourth foul – N.C. State was only called for seven fouls in the entire game – with 5:30 to go, the Wolfpack tied it up at 44-44 with a pair of foul shots by Markeisha Gatling and then took the lead for good on a deep three by Marissa Kastanek with 2:58 left.

As Dixon noted, the Lady Tigers have played with eight or fewer players on the team since attrition whittled down their numbers prior to the start of conference play in December.

Having lost to the same N.C. State team by 16 points at home Sunday, Dixon said the Lady Tigers had been motivated to prove they could put on a better performance in the tournament.

“We’ve been through a lot this season, and we hit everything that could have come at us this season, through all the adversity,” Dixon said. “So I felt like this time we wanted to give it a shot and really just think of it as a new season and just go out there and, no matter how many of us there were, just play for each other and play for the coaching staff.”