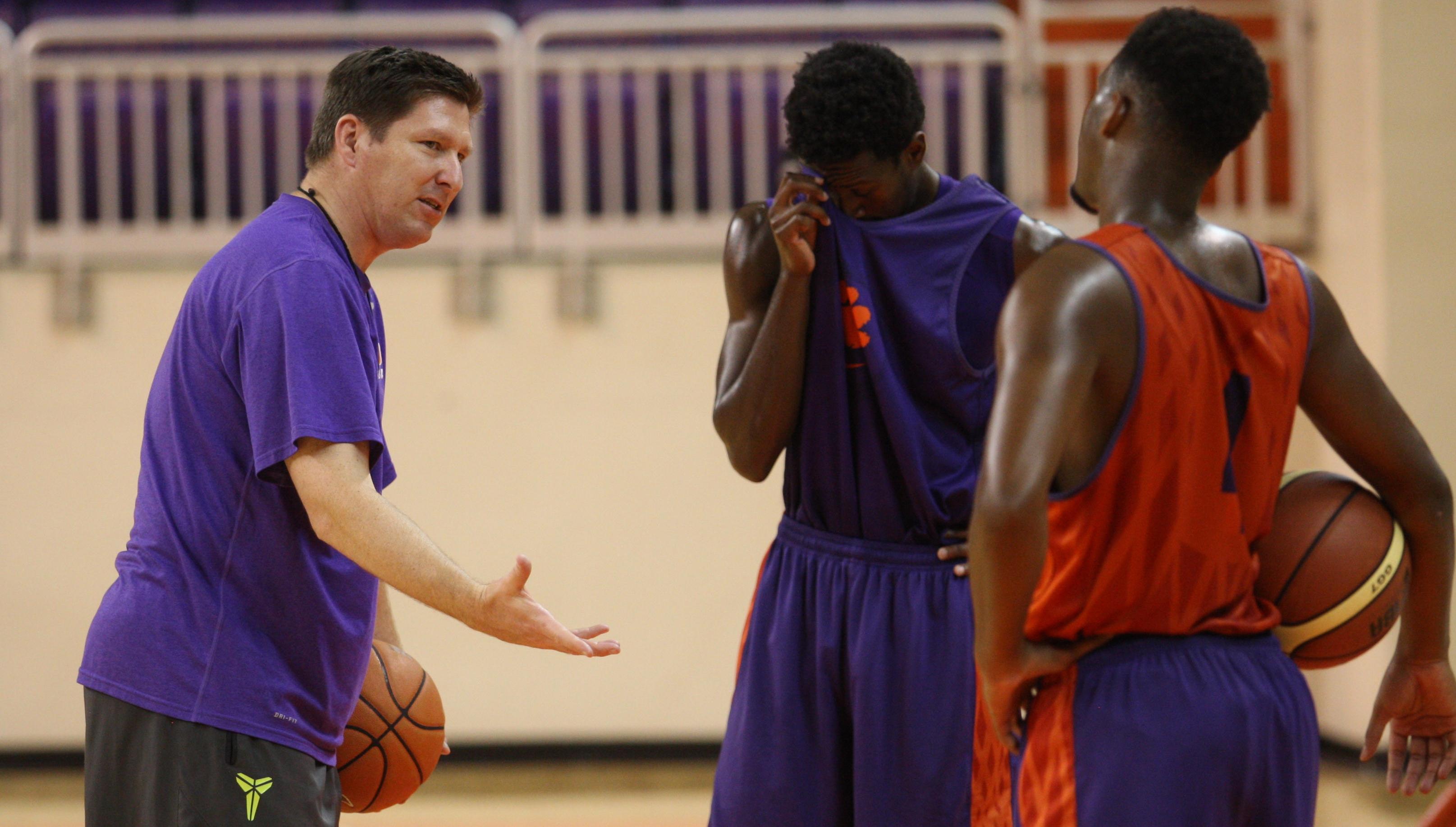 In fact, Roper figures the farthest he’s ever traveled away from South Carolina came in February when the Clemson basketball team played at Boston College.

All those things will change Aug. 8, when the Tigers depart for a 10-day tour of Italy, where they will visit four cities and play four games against Italian clubs and all-star teams.

Roper, a sophomore guard, said he is excited for the experience, although he admits he’s “not that big on pasta.”

“It will be a lot of fun to see the different cultures and how their heritage is different from ours, just compare and contrast it,” he said, “but mainly just hanging out with your friends and your teammates and building that camaraderie.”

The trip won’t just be a new experience for the players, though. Clemson Head Coach Brad Brownell has never been overseas, either.

“I’m really looking forward to it,” he said Wednesday when he met with the media to discuss the trip. “I told our guys, ‘This is a heck of an experience.’ They are 18 and 19 years old. It took me until 44 before I get to make my first trip overseas. So I want them to appreciate it, and I really think they will.”

The Tigers will depart from Atlanta, land in Rome and eventually make their way to Florence, Venice and Lake Como, playing games at each stop along the way, as well as taking plenty of time out to see the sights.

Brownell began planning the trip two years ago to occur this season specifically. He knew the team would likely be without a senior class on the roster and believed such a young team could benefit from the experience.

Junior college transfer Ibrahim Djambo is still waiting on clearance from the NCAA Eligibility Center and is unlikely to make the trip, according to Brownell, who said he expects to learn in the next “48 to 72 hours” whether Djambo will be cleared to enroll and join the team in August.

Incoming freshman big man Sidy Djitte is also waiting to learn whether he can make the trip, though he has been practicing with the squad, along with fellow freshmen Patrick Rooks and Austin Ajukwa.

Clemson is allowed 10 extra practices prior to the trip and held the fourth of those sessions Wednesday.

Ajukwa, a 6-foot-5 wing, said the practices have been especially useful for the new players as they acclimate to the college game.

“It’s helping a lot because we’re playing and running up and down against each other, and obviously everyone is good on this level,” he said. “It helps me mostly on defense – off the ball and thinking quicker – because everyone is so much faster than high school.”

Brownell said his freshmen had all struggled somewhat to adjust physically to the college level, but said they were adapting quickly. He also gave a brief scouting report on each.

“Patrick is a shooter. He can make shots,” Brownell said. “He certainly shoots when he’s open and sometimes when he’s guarded, but the good thing is he makes a lot of shots.

“I really like Austin. I think he’s going to be a good player. It might take a little time because of strength, but he has a good feel and a really quick first step that helps him get by people. When he gets stronger, he’s going to be able to guard because of his length.

“Sidy is another young post player who has the size physically to push guys around and rebound the ball. His offensive skill set needs a lot of work, but we knew that coming in.”

One player who will be along for the Italy trip, but is still not ready to take the floor is Jaron Blossomgame, who red-shirted last season after breaking his leg as a senior in high school.

“It’s going to be an unbelievable trip for us,” Blossomgame said. “We’re already close as a team now; I can’t imagine how it’s going to be when we get back.”

Blossomgame had a second surgery on the leg in June to help expedite the healing process and believes he will be ready to go when the season begins in November.

“Way before that, I feel,” he said. “It depends on what the doctor says next Tuesday, but I think I’ll get a good report because I feel pretty good right now. It has been over a year since I’ve played in an actual game, so I’m really excited.”

Brownell said the coaching staff is “cautiously optimistic” about Blossomgame’s recovery and lauded the player for his attitude during the ordeal.

“He is one of the most positive guys that you could coach,” Brownell said. “People don’t realize how hard the last 16 to 18 months have been for that kid, and he’s a joy to be around. He brings energy to our practices just by being there and to our locker room. I really am hopeful he’s going to get healthy because I think our fans will really enjoy watching him.”

The trip to Italy will be Clemson’s first international trip of any kind since the 2007-08 team went on a weekend excursion to the Bahamas. The only true foreign tour for the program took place in the summer of 1981, when Bill Foster’s team went to Brazil.

“This feels like a new generation of Clemson basketball in some ways, and I think they feel that,” Brownell said. “I think there’s a real closeness with the guys that is refreshing and fun, and I think this trip is part of that, too.”