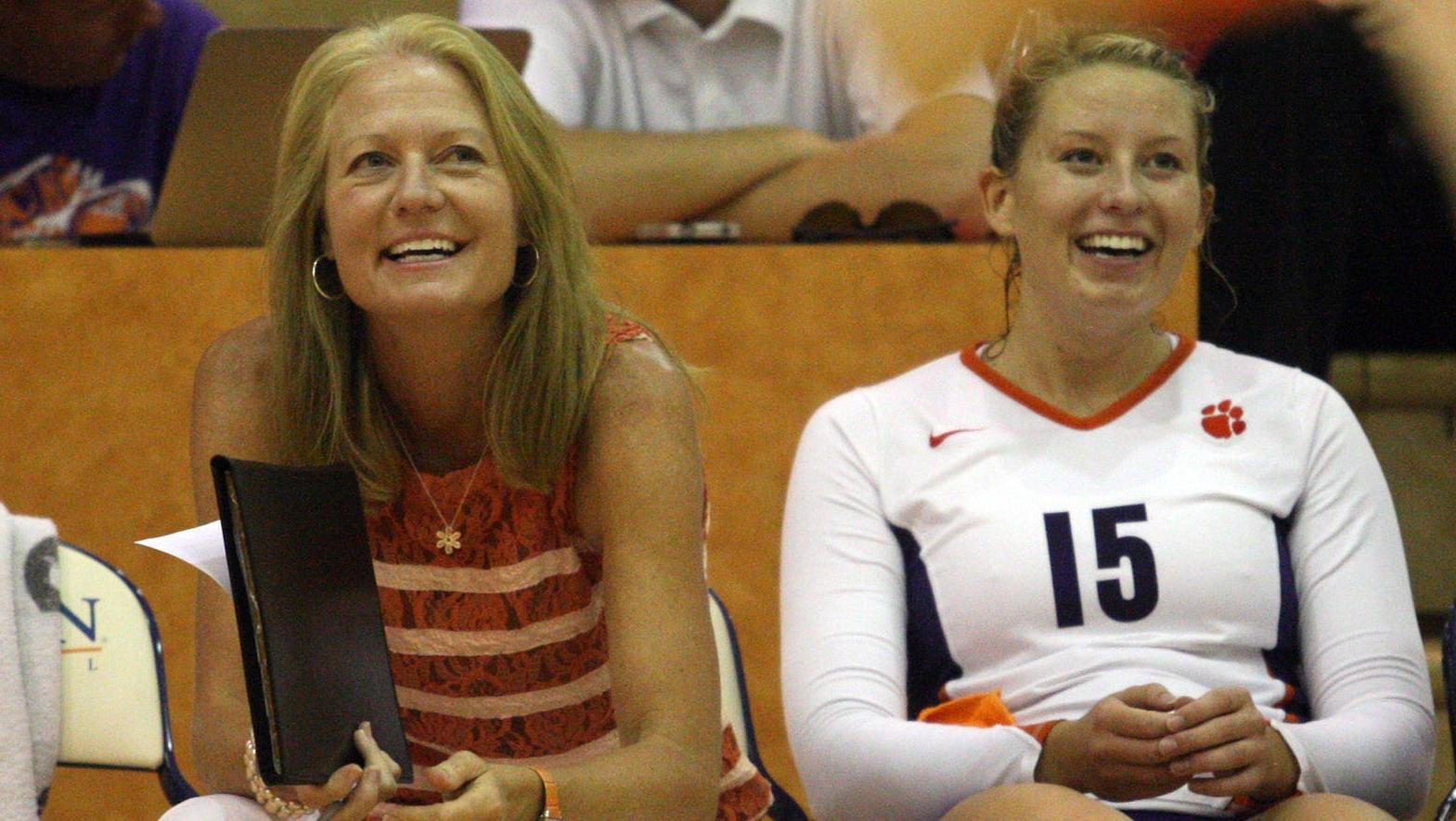 CLEMSON—With the Clemson volleyball team trailing Charlotte 17-13 in the first set of Friday night’s match in Jervey Gym, Tiger setter Hannah Brenner was not on the floor. Instead, Head Coach Jolene Hoover was sending a message to the junior.“I don’t know if she was over-thinking or what,” Hoover said. “But usually her choices are pretty right on. It just seemed like she was doing the opposite of what she normally would. I think sometimes you can get tunnel vision and get in your own way. I think she got in her own way.”After the Tigers dropped the first set to the 49ers, Hoover tried the same tactic in the middle of the second set. Then Brenner got the message.She helped ignite a somewhat stagnant Clemson squad and spur on a four-set victory that all parties involved described as a gritty, tough, and ugly win.Brenner, who has been in her current role virtually since she arrived on campus, finished Friday’s opener in the Big Orange Bash with 47 assists. But the Ohioan could tell from the get-go something was out of sorts, a fact that was not lost on her head coach.“I wasn’t in a rhythm like I normally am,” she said. “So she was just telling me to relax and calm down and go back out there and do my thing.”Far from sulking and pouting, Brenner instead determined to impact the game in a variety of areas. She led off the third set with a service ace, one of five she accumulated throughout the match. She also contributed nine digs, three kills, and two blocks.“She found different ways to contribute,” Hoover said. “When you work through a performance that maybe isn’t what you wanted it to be, there’s a lot to be said for that.”Brenner has often been considered the steady hand on the reins of the Clemson attack. With so many veteran players back for the Tigers this season, the third-year starter says there is a comfort level now that allows her to remain calm in matches when it takes her a little while to find her groove.“Jolene and I have been talking about that all summer,” she said. “I feel like I’m more comfortable on the court. The experience out there helps me a lot.”In the end, every player and coach in the Clemson locker room is satisfied to come out with a victory over a quality opponent. Hoover says the main takeaway could be that her team understands when things are not clicking, yet refuses to panic or change its approach while the kinks are worked out.“Sometimes they’re not pretty,” Hoover said of her team’s fourth straight win to open the 2012 season. “But any time you can figure it out enough to do a little better than the opponent, it’s always a good thing.”