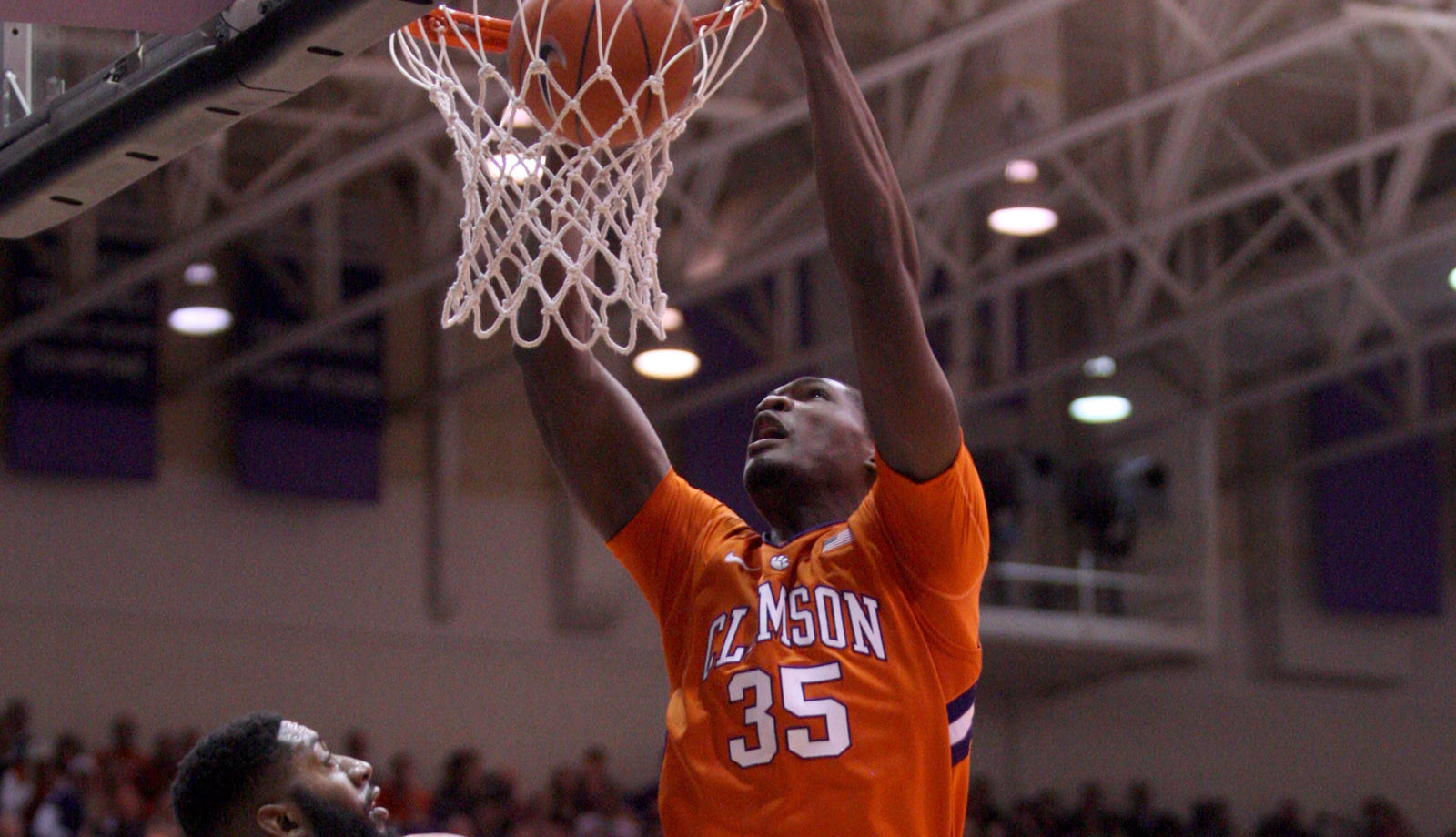 GREENVILLE, SC — With only one returning double-digit scorer from last year, Clemson knew coming into this season it would need points from a multitude of sources. So far, so good. The Tigers (2-0) were the epitome of a balanced attack in Friday night’s 72-55 win at Furman — with nine different players scoring, eight with at least six points — after 10 of their 12 players scored in a season-opening win over Presbyterian. “That’s probably going to be the recipe for our team this year,” Clemson Head Coach Brad Brownell said. “I don’t know that we have a lot of potent guys that are ready to have big nights. I believe it’s going to be a bunch of guys getting eight, 10, 12 points when we’re playing well. We did get that tonight, and that’s a good thing.” Rod Hall played a major role in the Tigers’ offensive success from his point guard spot against the Paladins (1-2), as he finished with nine points, six assists and — most importantly — no turnovers. “I think it’s a big key to get my teammates more involved and try not to turn the ball over,” Hall said. “Coach always tells us that we’re going to need to take advantage of every possession.” The sophomore from Augusta, GA, scored four of Clemson’s first five points Friday to stake the Tigers to a 5-4 lead by scoring a bucket underneath and then driving hard to the bucket to make a lay-up despite being fouled moments later. Furman hung with the Tigers reasonably well early and tied the game at 12-12 with 11:59 to go in the first half, before Clemson went on a 23-4 run to seize control at 35-16 with 3:37 left before the half. Adonis Filer helped punctuate Clemson’s stellar first half with a hustle play at the end, coming up with a loose ball under the basket and dishing to Bernard Sullivan for an easy bucket at the buzzer to give the Tigers a 41-24 edge at the break, from which point the result was never in doubt. Forward Devin Booker led the way with a team-high 15 points, but both he and the Tigers’ only other senior, Milton Jennings, picked up their second fouls with more than six minutes to go in the first half and each picked up their third fouls early in the second, making the contributions of some of the team’s younger players all the more important. “That’s something about our team…we’ve got a lot of depth and we’ve got a lot of guys that can step up and make big plays,” Booker said. “Milt and I got in foul trouble early, and we had a couple of freshmen and sophomores step up and make plays.” With Booker and Jennings on the bench for most of the latter part of the first half, Clemson received major contributions from a pair of young big men, freshman Landry Nnoko and sophomore Sullivan, who finished with six points apiece, as the Tigers’ bench outscored Furman’s 28-4. “Certainly those guys are going to need to play, and they had to play a lot in the first half because of some fouls,” Brownell said. “Bernard was a part of that. He did some good things in the first half. Landry didn’t do well the first couple of times he went in, but did better after that.  “Damarcus (Harrison) obviously made a few shots for us. They weren’t really ready the first time they went in, but they did better the longer they were in there.” Harrison, a sophomore transfer from BYU, finished the night with 10 points, as he was one of three Tigers in double figures, along with Booker and sophomore wing K.J. McDaniels, who finished with 11 points that included a pair of his patented highlight-reel slam dunks. As in their season opener against Presbyterian, however, much of the Tigers’ offensive success began on the defensive end of the court. They forced 16 Paladin turnovers on the night and turned them into a 29-5 advantage in points off turnovers. “Coach talks about the points being scattered out, so we have to play unselfish ball,” Hall said. “Everybody can do a lot of things, so that’s just giving everybody a chance to do what they can do.”