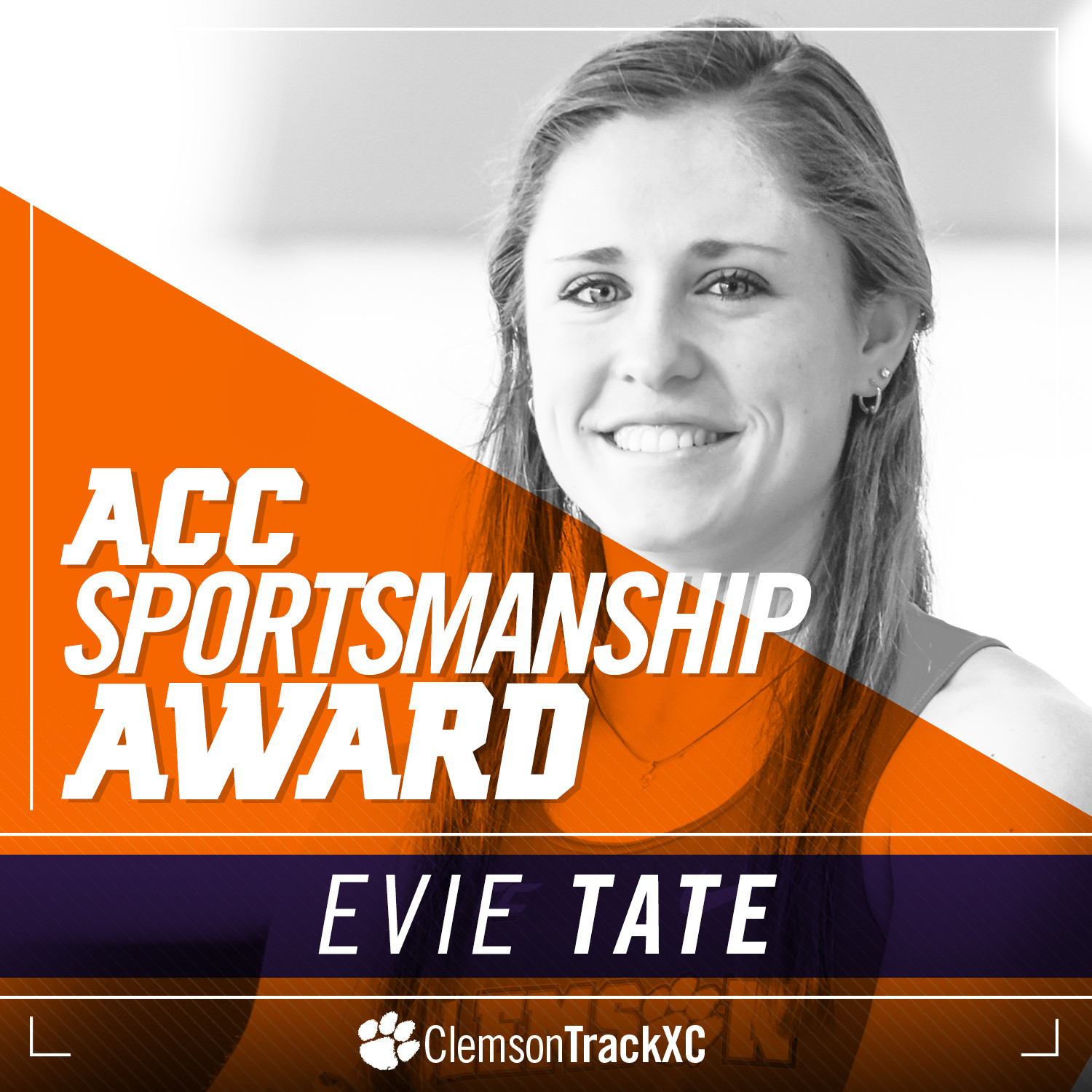 GREENSBORO, N.C. (theACC.com) – Cross country runners Evie Tate of Clemson and Rachel Pease of Louisville have been recognized as the Atlantic Coast Conference’s Sportsmanship Award Winners for the 2016-17 academic year.

Tate and Pease received international news coverage and social media recognition last October 27 after they came to the aid of a fellow runner in duress during the 2016 ACC Cross Country Championships at Cary, North Carolina. Boston College’s Madeline Adams collapsed from exhaustion just 20 yards from completing the race and was unable to get up and continue. Tate came to her assistance and was spotted by Pease as she struggled to help Adams to her feet.

Together, the Clemson and Louisville student-athletes pulled Adams up and helped her across the finish line, oblivious to the fact they would finish 127th and 128th in the 131-runner field. Tate was running among a group that finished between 70th and 80th place when she pulled up to help. Tate and Pease were greeted with warm embraces of appreciation from Adams’ Boston College teammates.

“I told them, ‘You’re both angels,’ ” Adams recalled a few days after the race. “(They’re) both amazing people of such great character… It’s not always about winning a race or running a PR –moments like that are going to happen over and over. Moments where we help each other and show that sports aren’t so cut-throat are way more important.”

The ACC continues to implement various sportsmanship initiatives, including an emphasis on the importance of integrity between student-athletes, coaches, officials, administrators, alumni, and fans.

ACC Sportsmanship Award winners are selected from institutional nominees submitted by each school’s Student-Athlete Advisory Committee and their advisors. To be considered, nominees must demonstrate good sportsmanship and ethical behavior in intercollegiate athletics and be in good academic standing.