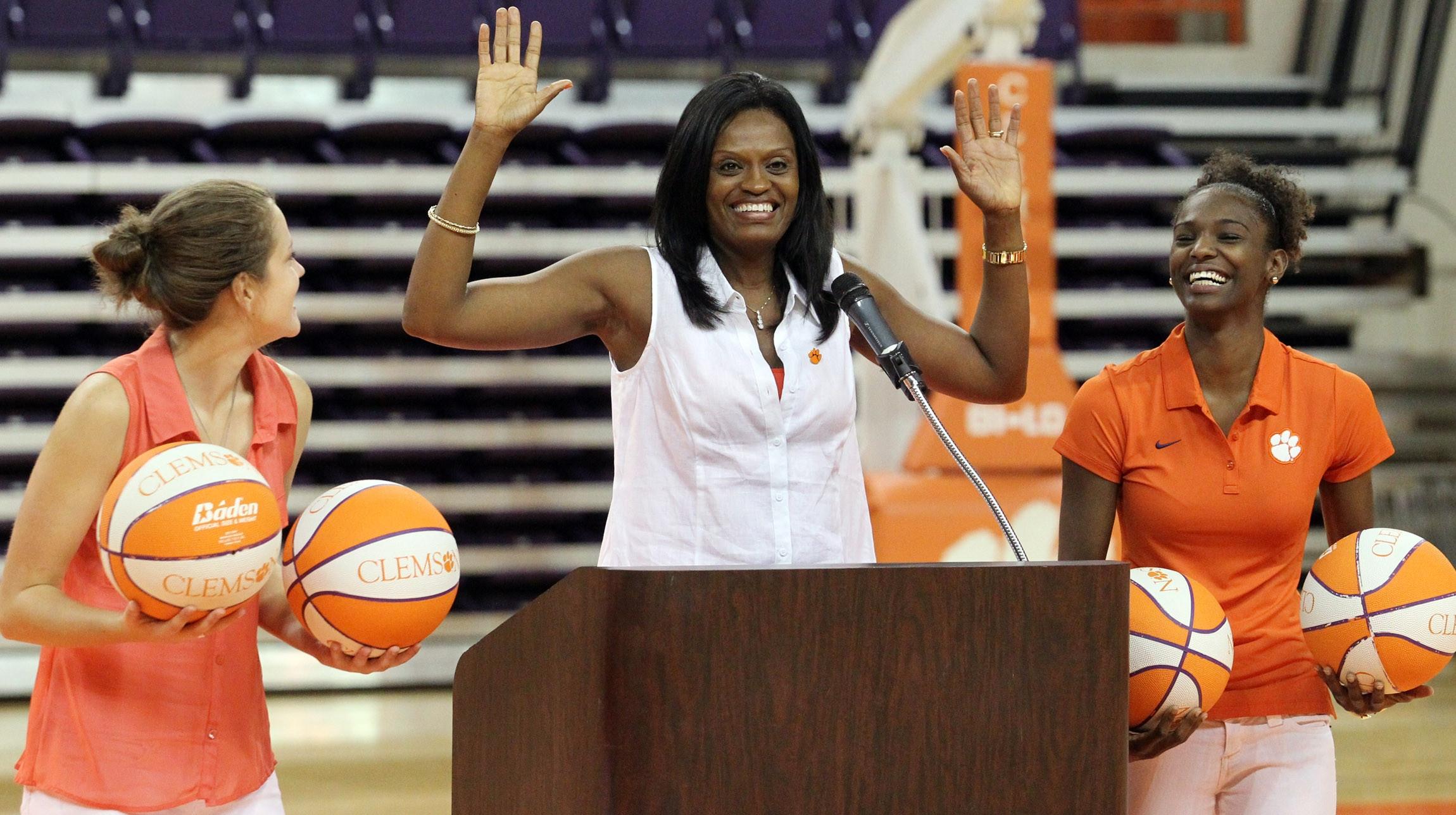 CLEMSON, SC – Cullen Lasso came to Clemson last fall to watch his brother play for the Wofford soccer team against the Tigers at Historic Riggs Field.

While on campus for the match, Lasso, then a high school senior and professed “big-time” sports fan, decided to take a look around campus.

“That’s when I kind of walked around, and I loved the place,” he said. “I looked into it more, and I ended up here.”

Lasso and roommate Thomas Sigmon, both from Raleigh, NC, were looking for a school near – but not actually in – their home state of North Carolina, and both found what they were looking for in Clemson.

“I’ve heard so many good things about Clemson and never a bad thing about it, so I just decided this might be the place for me,” Sigmon said.

With the fall semester set to begin Wednesday, Lasso, Sigmon and their freshman classmates will attend classes for the first time.

On the eve of the new semester, they were all invited to “Lunch in Littlejohn,” an event designed to reach out to Clemson’s newest students, give them a tutorial on Clemson Athletics and an opportunity to hear from each of the school’s varsity head coaches, as well as Director of Athletics Dan Radakovich and IPTAY CEO Davis Babb, among others.

“We do a one-minute drill where all of our coaches can chat with them for a minute – we put a little buzzer on them to keep them within the time frame – and teach them what it’s like to come out to their sports to watch the games, provide them ticket information and really just acclimate them to Clemson Athletics,” Assistant Athletic Director Mike Money said.

More than 3,500 students were in attendance for the third annual event, according to Money, and they were treated to a barbecue lunch prior to the program, which took place on the floor of Littlejohn and was emceed by JDew.

After the coaches were put on the clock, Clemson’s newest students got the chance to hear from various speakers with information about tickets, the Solid Orange initiative, as well as IPTAY and the IPTAY Collegiate Club, among other topics.

“This is such a great day for Clemson and IPTAY because these young people are starting off and one of their first experiences is going to be hearing from coaches, hearing what IPTAY is all about, hearing about ways to get plugged in through Collegiate Club,” Babb said. “By joining Collegiate Club and working through their four years here as fans, and then obviously when they leave we’re hoping they’re going to be Young Alumni donors and then donors for life, it’s almost a kicking off spot for a lot of them.

“For me, seeing the excitement is contagious. You’ve got over three thousand young people, lines out the door at the IPTAY office signing up – it’s fabulous.”

With Clemson’s freshmen having now received their introduction to the school’s athletic programs, both Lasso and Sigmon were eager to attend their first football game on August 31, when the Tigers open their season against Georgia in Memorial Stadium.

“Big time,” Sigmon said. “It’s going to be a new experience. I’ve never been to a game before.”