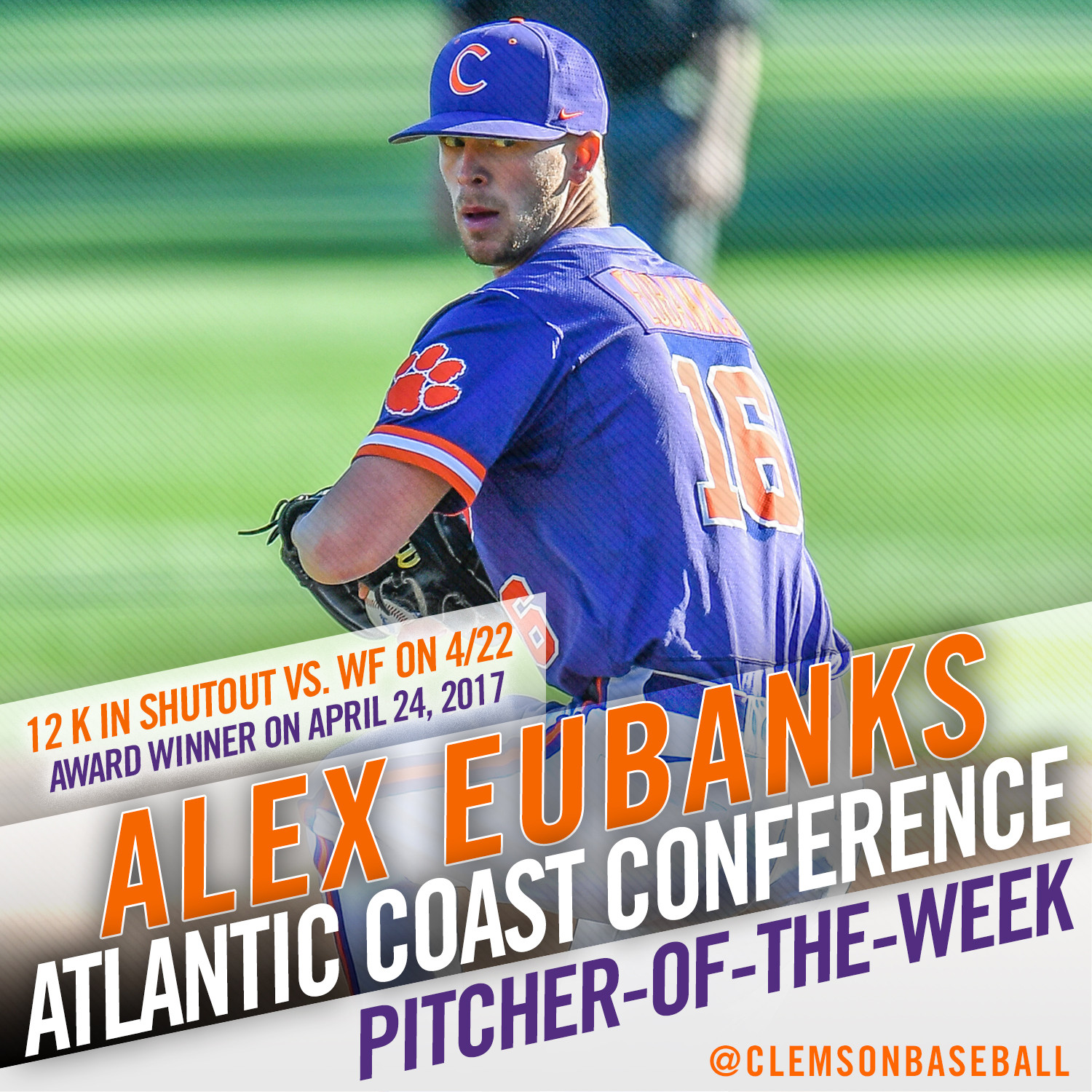 In the first game of a doubleheader on Saturday against No. 17 Wake Forest, one of the nation’s top offenses, Eubanks tossed a seven-hit shutout with a career-high 12 strikeouts against no walks to earn the win. He threw 116 pitches (80 strikes) and did not allow a baserunner past first base until the eighth inning. It snapped Wake Forest’s streak of 82 games in a row scoring at least one run.

On the year, he is 6-3 with a 3.36 ERA, .239 opponents’ batting average and 67 strikeouts against nine walks in 64.1 innings pitched over 10 starts. Of the 292 starts made by pitchers in ACC games in 2017, there have been four individual shutouts thrown. Eubanks has two of the four.