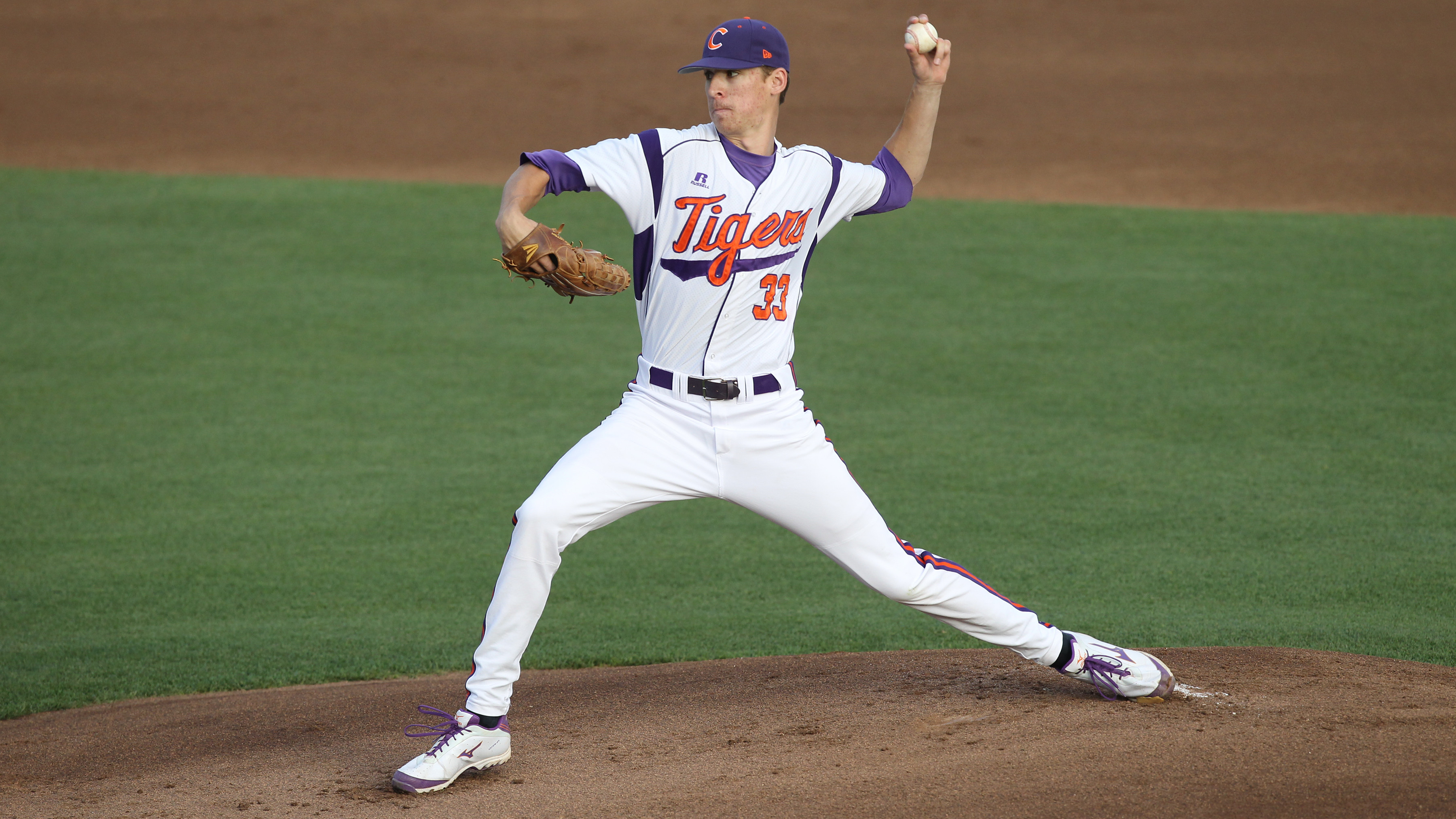 CLEMSON, S.C. – Sophomore lefthander Zack Erwin tossed a six-hit shutout to lead Clemson to an 8-0 victory over James Madison at Doug Kingsmore Stadium on Friday night. The Tigers (26-19) took a 1-0 lead in the two-game series against the Dukes (15-27).

Erwin (4-2) earned the win by striking out four against no walks in a career-long 9.0 innings pitched, as he threw only 102 pitches. Duke starter Chris Huffman (4-6) suffered the loss in a short outing due to injury.

“Zack threw strikes and kept his pitch count down,” said Head Coach Jack Leggett. “He worked ahead and made some really good pitches when he had to. We played good defense behind him because he worked with a good pace and threw strikes.

“We need to keep winning games. I could sense yesterday that we were a little tired from exams, but we came out here with a good attitude today.”