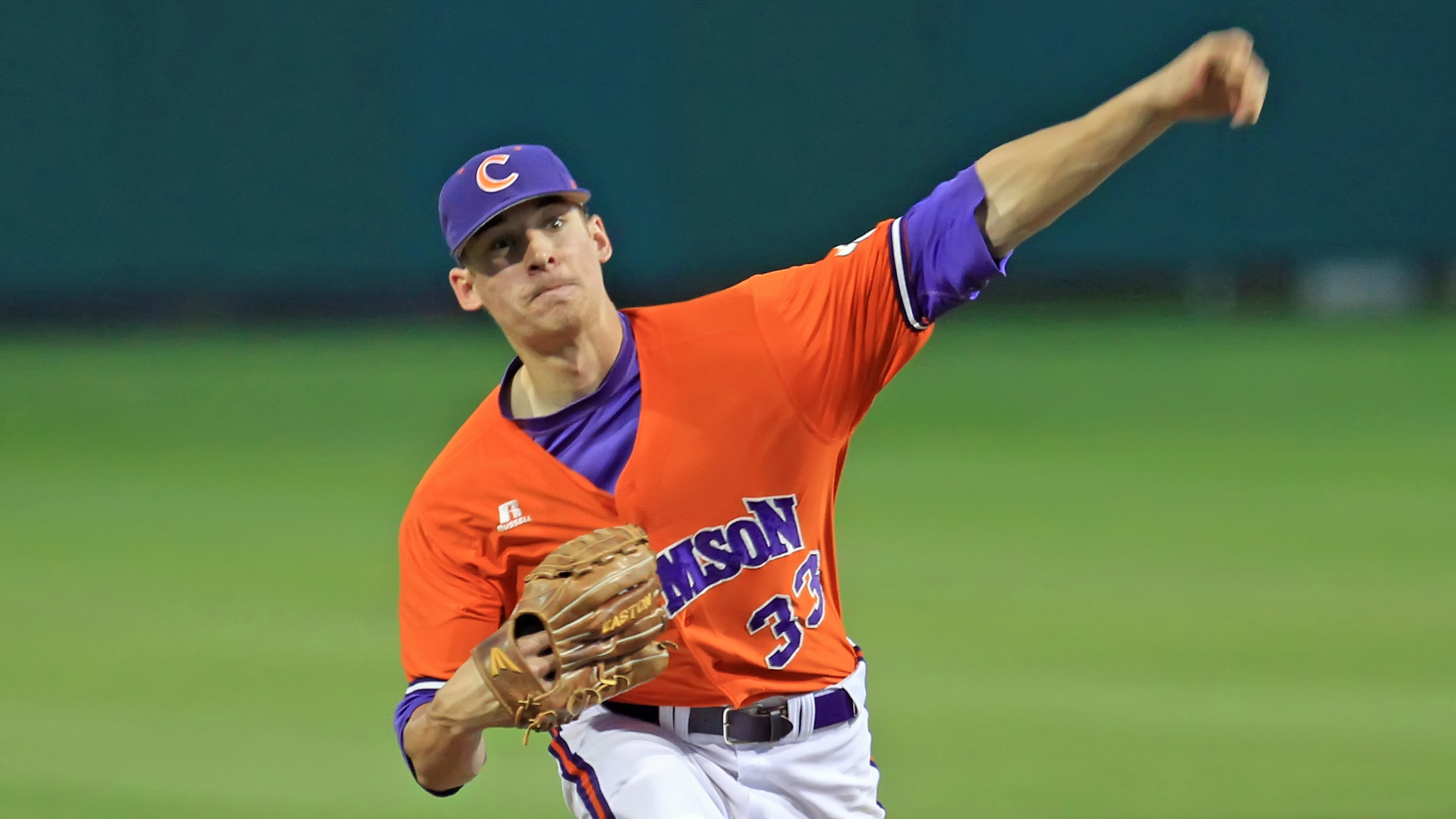 CLEMSON, S.C. – Sophomore lefthander Zack Erwin struck out a career-high 13 batters to lead No. 20 Clemson to an 11-3 victory over Western Carolina at Doug Kingsmore Stadium on Wednesday night. The Tigers (25-16) split the home-and-home season series with the Catamounts (26-13), who defeated Clemson in Cullowhee on March 4.

Erwin (3-2) earned the win by tossing 7.0 strong innings in a starting role. The Duluth, Ga. native allowed only four hits, three runs and two walks along with his 13 strikeouts, the most by a Tiger since Daniel Gossett had 13 strikeouts against Winthrop on April 3, 2012. Erwin’s previous career-high total for strikeouts was seven. Catamount starter Bryce Danielson (0-1) suffered the loss.

“Erwin was exceptional tonight…the best I’ve seen him since he’s been here,” said Head Coach Jack Leggett. “He just made one mistake on that 0-2 count, but other than that, he pitched very well. We had great pitching and that transitioned into good defense. I also thought our offense was sharp tonight. They’re a good hitting team, better than they showed tonight. I could tell from the first pitch tonight that Erwin was on top of his game.”

Clemson scored seven combined runs in the first four innings. Steve Wilkerson‘s two-run double in the second inning highlighted the uprisings. The Tigers, who scored in six of their eight innings at the plate, added three runs in the eighth inning to put the game out of reach. The Catamounts, who entered the game with a SoCon-leading .393 on-base percentage, scratched with three runs in the fifth inning.