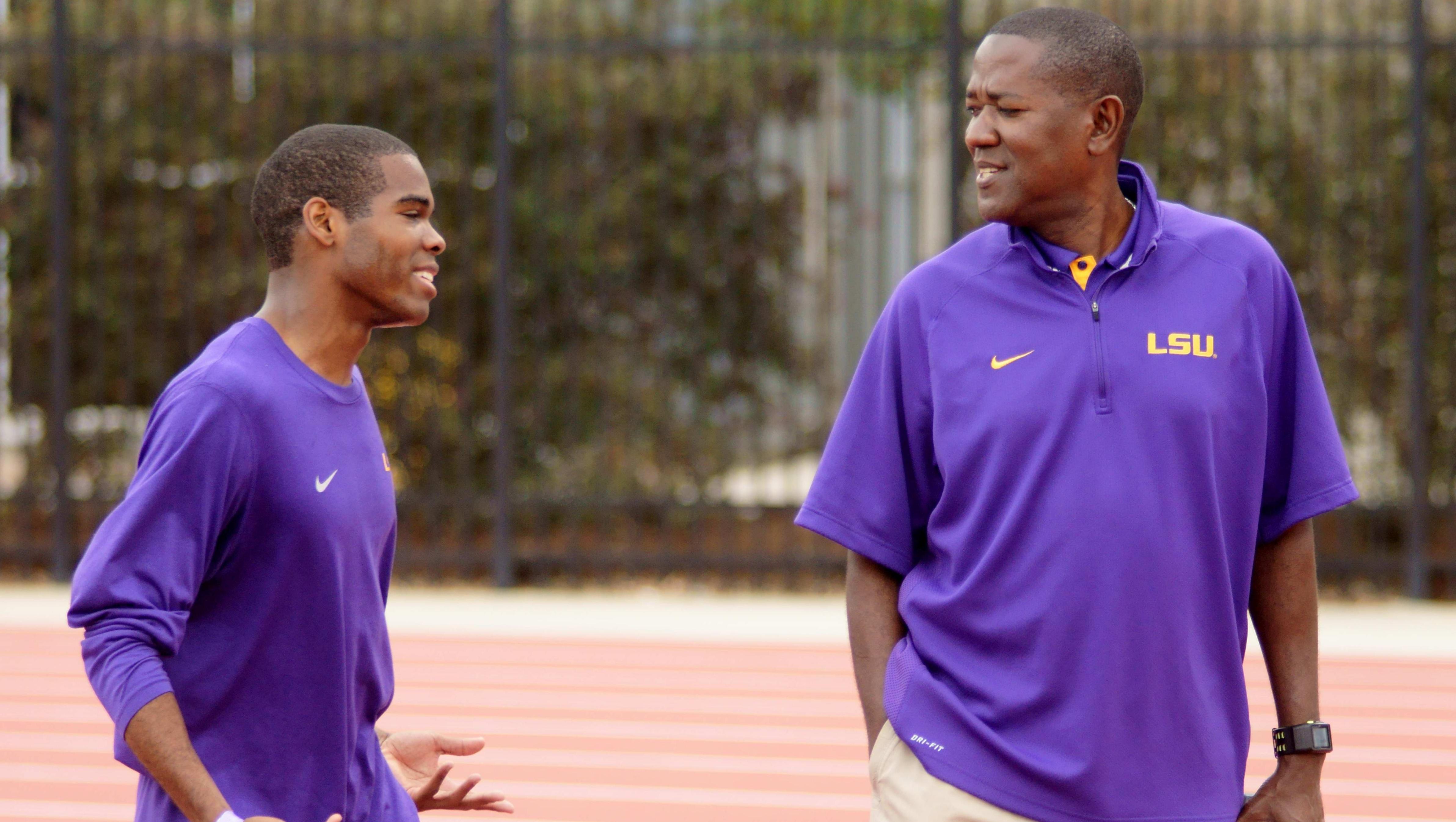 CLEMSON, SC – Mark Elliott has been named head coach for men’s and women’s track & field and cross country at Clemson, Director of Athletics Dan Radakovich announced Tuesday. Elliott spent the last 20 seasons with LSU track & field, the last eight of which were as assistant head coach. He directly worked with LSU’s middle distance and distance runners, and was instrumental in the recruiting efforts for the combined program.

“We’re excited to add Mark as our head coach,” Radakovich said. “He has a terrific résumé as both a longtime coach and student-athlete at LSU, where he was an integral part of 22 NCAA Championships. We look forward to continuing the ascent of our track & field program under his leadership into amongst the best in the country. I’d like to thank Barbara Kennedy-Dixon, Janie Hodge and Kyle Young for their assistance in the search process.”

“Being a former athlete and now a coach for 20 years, I have always wanted to be a head coach,” said Elliott, who will coach Clemson’s middle distance and distance groups. “Working at LSU for 20 years shows that I am committed to what I am working toward. It was the right time for me to pursue this type of opportunity.

“Clemson is the type of place you can continue to build a championship program. We competed against Clemson for years when I was at LSU, and it was always a formidable challenge. I look forward to putting together a great staff and competing for championships.”

Elliott’s athletes played an integral part in LSU’s success. With Elliott on staff, the Lady Tiger women won a total of 12 Southeastern Conference Indoor and Outdoor Championships, six of both. He has coached five individual NCAA Champions, all in the 800 meters. He coached Marian Burnett to gold at the 2002 indoor national meet and Neisha Bernard-Thomas at the 2004 outdoor championship.

LaTavia Thomas followed with an individual crown at the 2008 NCAA Indoor Championships. Thomas was a 12-time All-American under Elliott’s guidance and swept the SEC Indoor and Outdoor crowns in the half-mile in 2007 and 2008.

This past season, he coached Natoya Goule to National Championship performances in the 800 meters at both NCAA meets. She and Charlene Lipsey combined to score 31 points and help the Lady Tigers to a pair of top-five team finishes. Goule won the 800 meters at the Jamaican Championships this summer after becoming the first Lady Tiger to break two minutes in the event, and will compete at the upcoming IAAF World Championships in Moscow this August.

Elliott brought success to the LSU men’s track & field program as well. In a four-year span from 2007-10, his athletes swept the SEC Indoor and Outdoor titles in the 800 meters three times. Jamaal James did it in 2007, followed by Elkana Kosgei in 2008 and Richard Jones in 2010. Kosgei was the 2008 NCAA Indoor silver medalist, while Jones broke the school record for the half-mile in 2010.

Elliott’s athletes have thrived on the international scene. He has coached five Olympians from LSU, including two-time 800 semifinalist Bernard-Thomas (2008, 2012) and two-time participant Burnett (2004, 2008). He also coached David Kiptoo, who placed sixth in the men’s 800 final at the 1996 Olympic Games in Atlanta, GA.

A 1991 graduate of LSU, Elliott earned four All-America honors with the Tigers. He was the silver medalist in the 3000 meters at the 1989 NCAA Indoor Championships. He was a part of four straight outdoor national championship teams, two at Blinn Junior College and two at LSU (1989, 1990). He won a pair of SEC individual titles and was a 14-time junior college All-American as well.

Elliott hails from Spanish Town, Jamaica. He has two children, Breanna and Ashley.

What They’re Saying About Mark Elliott… “We certainly want to wish Mark the best of luck as he leads a great program at Clemson University. He has made a tremendous impact on our program as both an athlete and as a coach while helping to build the most successful combined program in track & field in more than 20 years of service to this great university. We believe that Mark has the knowledge and experience necessary to continue building the men’s and women’s programs at Clemson that have already enjoyed great success in recent years.” – LSU Head Coach Dennis Shaver

“I think Clemson has made a good decision. Mark Elliott has not only been a great athlete, but he has been involved with a program at LSU for many years and has learned the various aspects it takes to be a successful head coach. As a coach who recruited Mark to run for me at LSU, and then to be an assistant coach with me for 17 years, it’s a very special feeling to now see him as a head coach at a major program.” – Texas A&M Head Coach Pat Henry