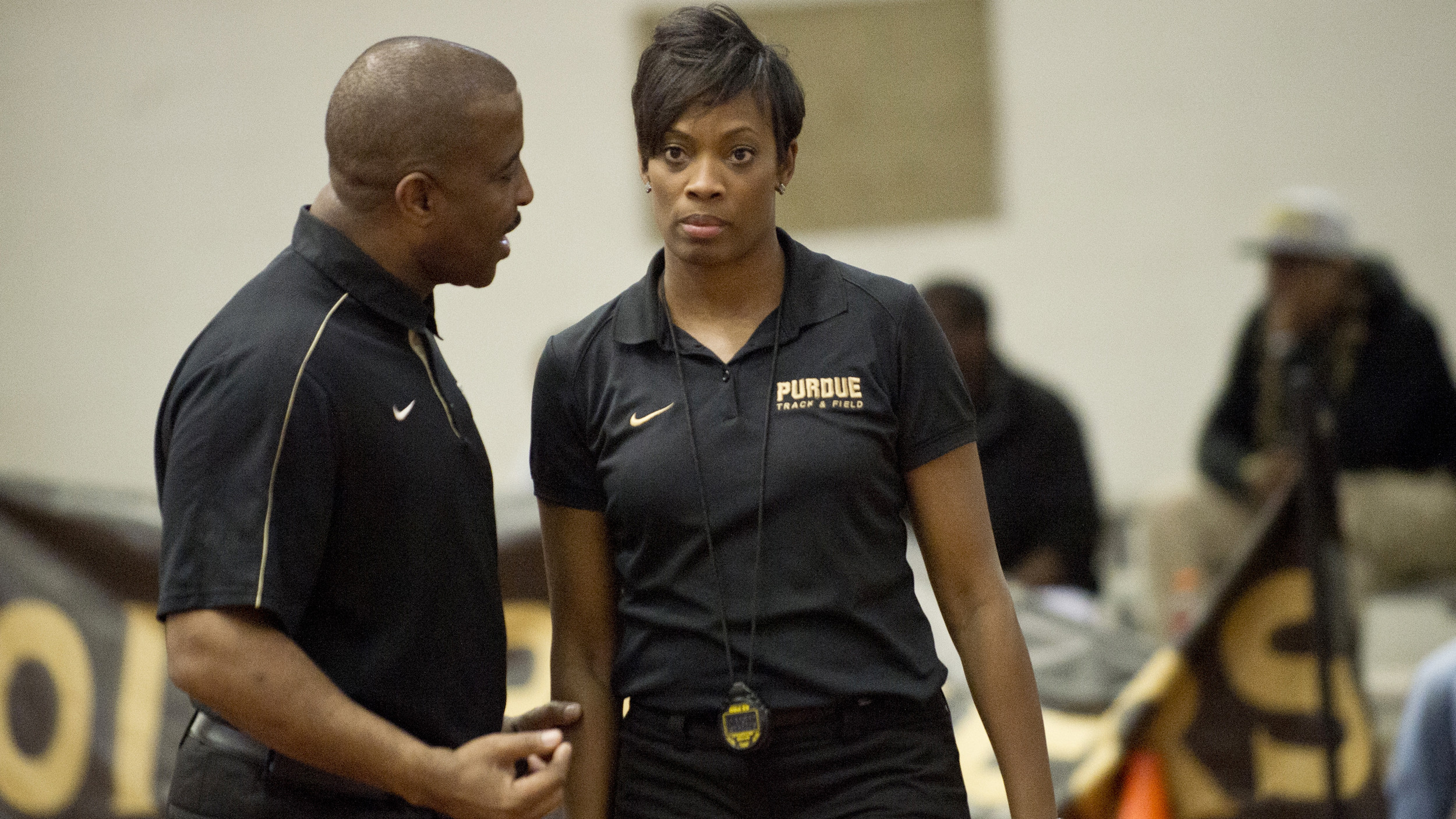 CLEMSON, SC – Head Coach Mark Elliott has announced two additions to the Clemson track & field staff. Marvin Gibson and Althea Thomas have been added as assistant coaches for men’s and women’s sprints, hurdles and relays. Both have ties to Elliott from their time at LSU.Gibson spent the past two seasons as an assistant coach in charge of sprints and hurdles for the men’s and women’s teams at the University of Oklahoma. In 2013, he coached the Big 12 Champion in the 110 hurdles, Tre’ Lathan. Gibson also coached All-Big 12 athletes in the 100, 200 and 4×100. He guided the men’s 4×400 to second-team All-America honors during the outdoor season.”Coach Gibson is a good fit, in terms of both his philosophy and the rich tradition here at Clemson in the sprints and hurdles,” Elliott said. “He has recruited some of the same athletes that have run here, during his time at LSU and Oklahoma. Hopefully, he can help continue our success in those areas. I really like the experience he brings to the table.”Gibson’s career took off after assisting with LSU’s world-renowned sprints, hurdles and relays program from 2005-11. He helped coach some of the most decorated athletes in the school’s history, including 2008 Olympic silver medalist Richard Thompson, multi-time NCAA Champions Xavier Carter and Kelly Willie, 2009 NCAA 100 gold medalist Trindon Holliday, and LSU hurdles record-holder Barrett Nugent.Thompson was the 2008 USTFCCCA Men’s Outdoor Track Athlete of the Year and won national titles in both the 60 and 100 that year. His time of 6.51 in the 60 dash is an NCAA Indoor Championships record. Holliday, now an all-purpose standout in the NFL for the Denver Broncos, followed in 2009 by winning the NCAA Outdoor crown in the 100 dash. Both were members of LSU’s NCAA Championship 4×100 relay in 2008, one of the fastest in collegiate history (38.42).Carter achieved history in the 2006 season when he became the first athlete since Jesse Owens to capture four NCAA Championships at a single meet. He won the 100 and 400 meters, and helped the 4×100 and 4×400 relays to victory as well. Willie, the most decorated All-American in LSU history with 19 honors, won seven national titles in his career. Gibson helped coach Nugent to a pair of SEC Championships in the 110 hurdles in 2010 and 2011. He won the NCAA Outdoor crown in the event in 2011, and was runner-up in the indoor 60 hurdles the same year.Gibson earned a bachelor’s degree in kinesiology from LSU in 1996, and coached at the high school level for seven years before later returning as a volunteer assistant in Baton Rouge.Thomas spent the 2012-13 season coaching men’s and women’s sprints, hurdles and multi-events at Purdue. She also served as Purdue’s recruiting coordinator in her brief tenure in West Lafayette, IN. She coached the Big 10’s fourth-place finisher in the men’s 400 hurdles, and extended her duties to include mentoring Vanessa McLeod to a Big 10 Indoor crown in the 800 meters. McLeod was Big 10 runner-up during outdoor season, and was a second-team indoor All-American as well under Thomas’ coaching.”Coach Thomas was an athlete at LSU, and then worked under the sprints coach and later myself,” Elliott said. “Her recruiting skills are really good. Her experiences at Kentucky and Purdue bring that well-needed balance that will help our kids get better. She is well-versed in all coaching areas and can offer another perspective, so she will help in a number of different ways.”Thomas was an assistant from 2010-12 for the University of Kentucky women’s program. She coached Precious Nwokey to an SEC crown in the pentathlon in 2011, and to second-team All-America honors in the pentathlon and heptathlon the same season. Thomas also coached Jenna Martin to an NCAA East Preliminary title and first-team All-America performance in the 400 dash.Her first full-time coaching appointment was as an assistant coach and recruiting coordinator for the women’s team at UAB from 2008-10. One of her athletes, Nora Mehl, won the Conference USA heptathlon crown in 2009 and three additional all-conference accolades under Thomas’ guidance. Thomas also coached Akira McSwain to All-Conference USA status in the heptathlon in 2010.Thomas was the head coach for the Alabama Striders Track Club from 2005-10. She earned a bachelor’s degree in kinesiology from LSU in 2004, where she was a member of two outdoor NCAA Championship (2000, 2003) teams. She was a provisional NCAA qualifier in the 800 meters in 2003, and a national qualifier in the 400 hurdles the same season.