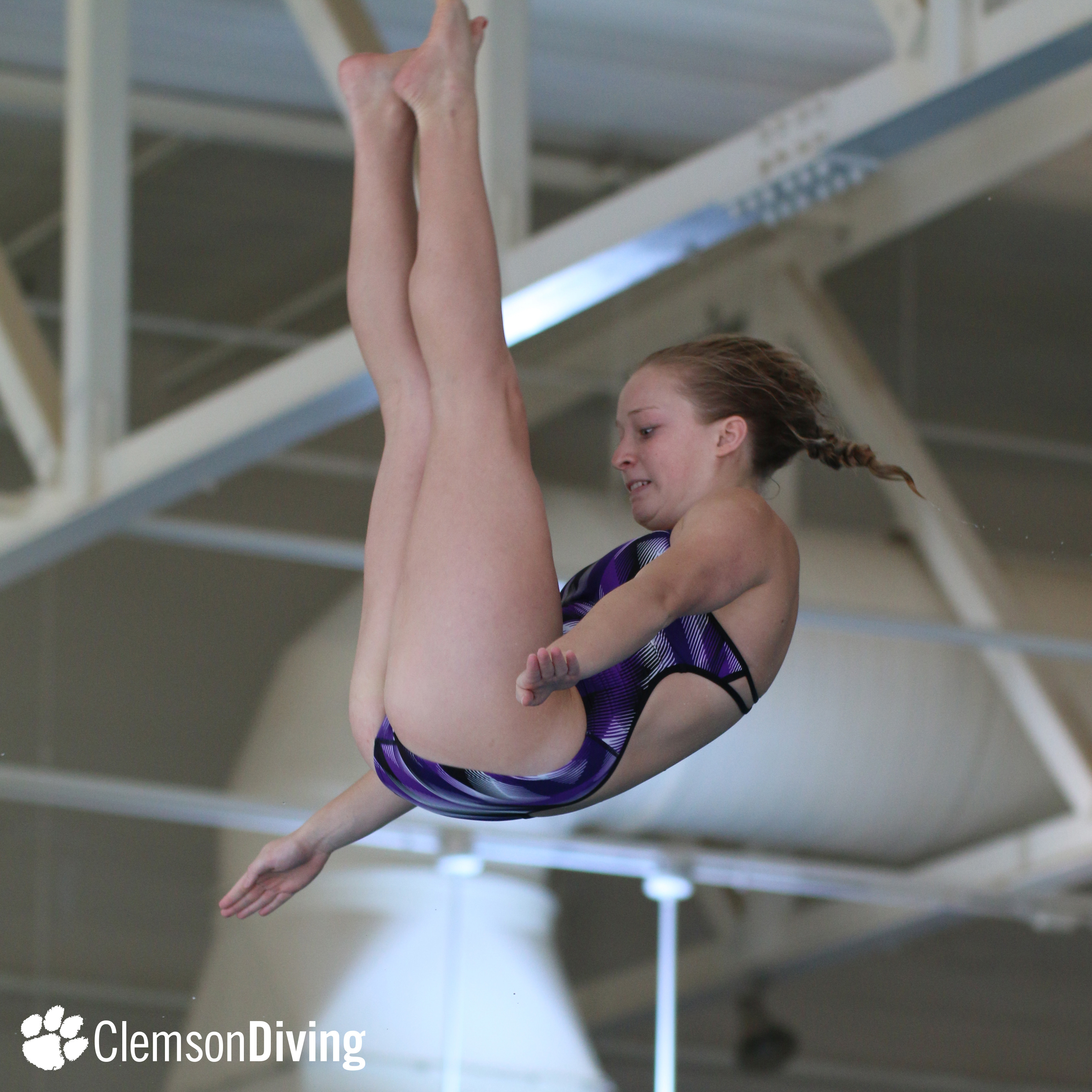 CLEMSON, S.C. – Sarah Braun and Jaya Brown both broke Georgia Southern pool records, and eight different Tigers posted NCAA Zone qualifying scores in Clemson’s dual meet with the Eagles in Statesboro, Ga. on Saturday. As a team, the Tigers defeated the Eagles by a score of 32-6.

In the one-meter, Brown took first place with a zone qualifying score of 299.48, breaking the Georgia Southern pool one-meter record that had been previously set by Braun two years ago. Braun (285.45) placed second, and she was followed by Danielle Reitsma (284.40), Caylin Hirapara (276.45), Hannah Donovan (276.15) and Freida Lim (271.95), all of whom also posted Zone scores. Hirapara and Lim were new qualifiers on the one-meter, while the rest of the Tiger divers repeated earlier strong performances.

Braun claimed first in the three-meter, surpassing the Zone qualifying mark by 35 points with her score of 315.00 and setting a new Georgia Southern pool record in that event. Brown (295.95) finished second, and third-place Megan Hays (290.85) and fifth-place Erin Lee (280.05) posted their first Zone scores of the season to round out a successful day for Clemson.

The Tigers come home for their next competition, a tri-meet against Arkansas and Houston on Jan. 20 and 21. The meet will be Clemson’s last at home this season.