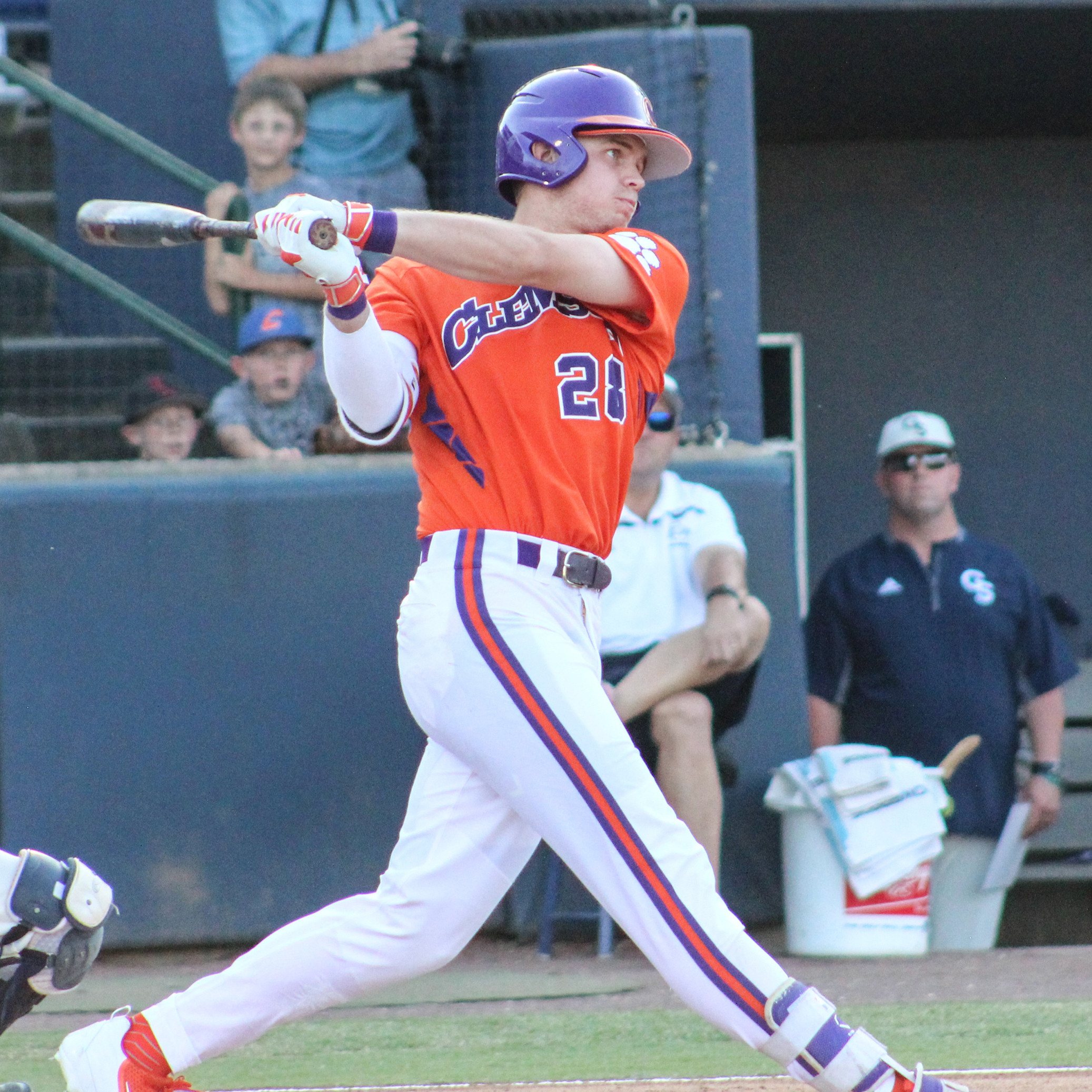 STATESBORO, GA. – Jordan Wren’s two-out single in the ninth inning scored Evan McDonald for the winning run in Georgia Southern’s 7-6 walkoff victory over No. 23 Clemson at J.I. Clements Stadium on Saturday night. The Eagles, who evened the series 1-1, improved to 31-21, while the Tigers fell to 33-18.

Seth Beer’s long two-run homer to right field in the top of the first inning was his 15th of the season, tying Matthew LeCroy’s 1995 school record by a freshman. Ryan Cleveland answered with a two-run homer in the bottom of the first inning, the first long ball allowed by Pat Krall in his career. Clemson scored three runs in the top of the third inning, highlighted by Reed Rohlman’s run-scoring double, then the Eagles responded again with three runs in the bottom of the third inning to tie the score.

Andrew Cox came through with a two-out, run-scoring single in the sixth inning to give the Tigers the lead. In the ninth inning, McDonald’s two-out single extended the frame, then Alex Eubanks struck out Logan Baldwin, but a passed ball on the play allowed CJ Ballard to score the tying run from third base. After Cleveland walked, Wren bounced an 0-2 pitch through the right side for the walkoff single. It was the first loss for the Tigers in 2016 when leading entering the ninth inning.