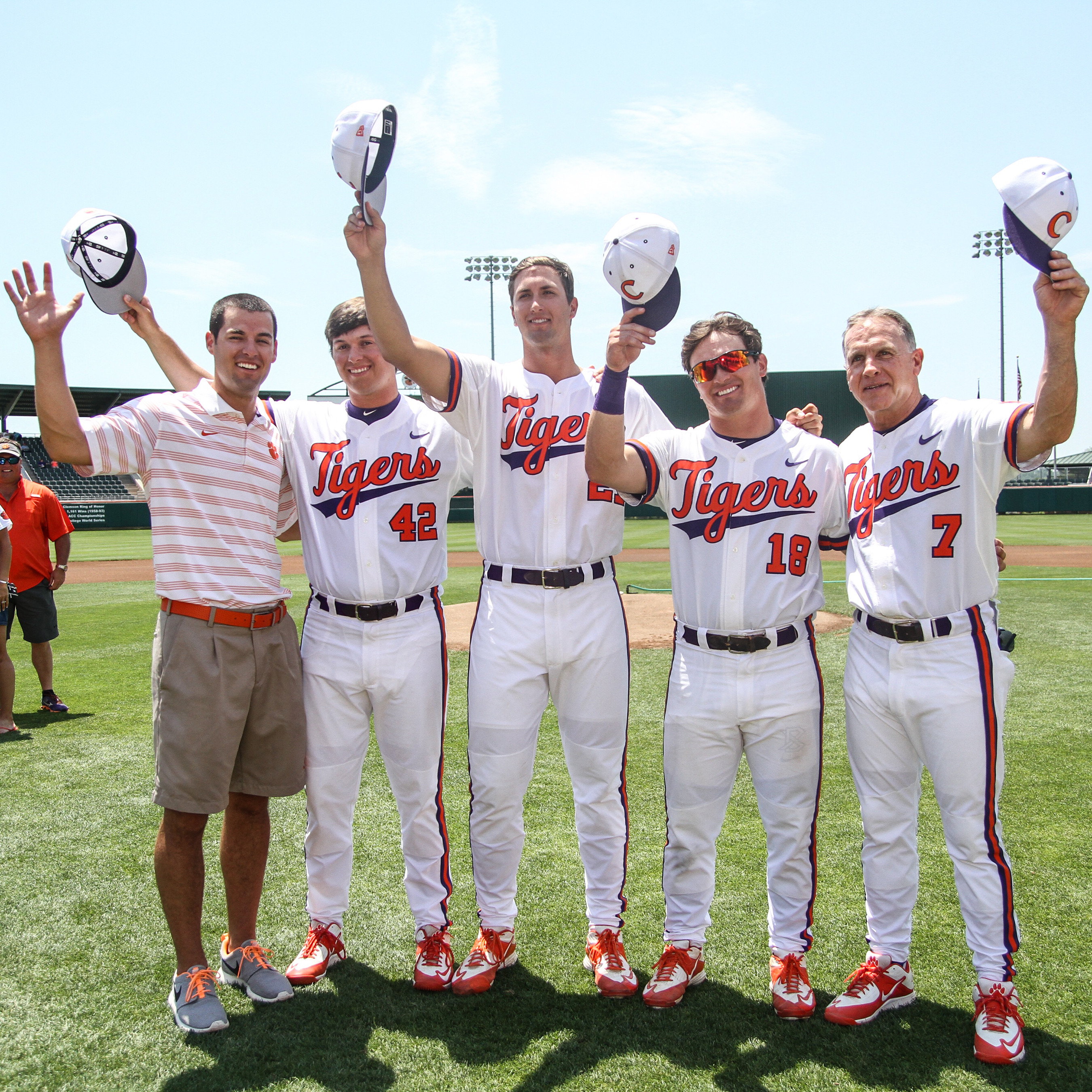 Clemson jumped out to a 2-0 lead in the first inning thanks to Chris Okey’s sacrifice fly and Weston Wilson’s two-out single that scored Steven Duggar, who extended his hitting streak to 10 games with a double. The Eagles tied the score with two runs in the fifth inning. Tyler Slaton gave Clemson the lead in the sixth inning when he ripped a double to score Robert Jolly, but Chase Griffin hit an RBI groundout and Cleveland laced a two-out, run-scoring single in the seventh inning to give the Eagles the lead for good. Cleveland, who was 4-for-5 with five RBIs and a double, added a three-run homer in the ninth inning.

Jason Richman (7-1) earned the win in relief, as he pitched 1.1 perfect innings with two strikeouts. Anthony Paesano recorded the final out to register his third save of the season. Pat Krall (1-3) suffered the loss.

“They did a pretty good job early and we just didn’t get big hits when we needed to today,” said head coach Jack Leggett. “We’ve played really well offensively, and today was one of those days where we couldn’t get anything going. We didn’t do enough things well enough in all phases and gave up a few at the very end that were big.”

Clemson plays its final non-conference game of the regular season when it faces Furman at Fluor Field in Greenville on Tuesday at 7 p.m. Live video is available on SoCon Digital Network.