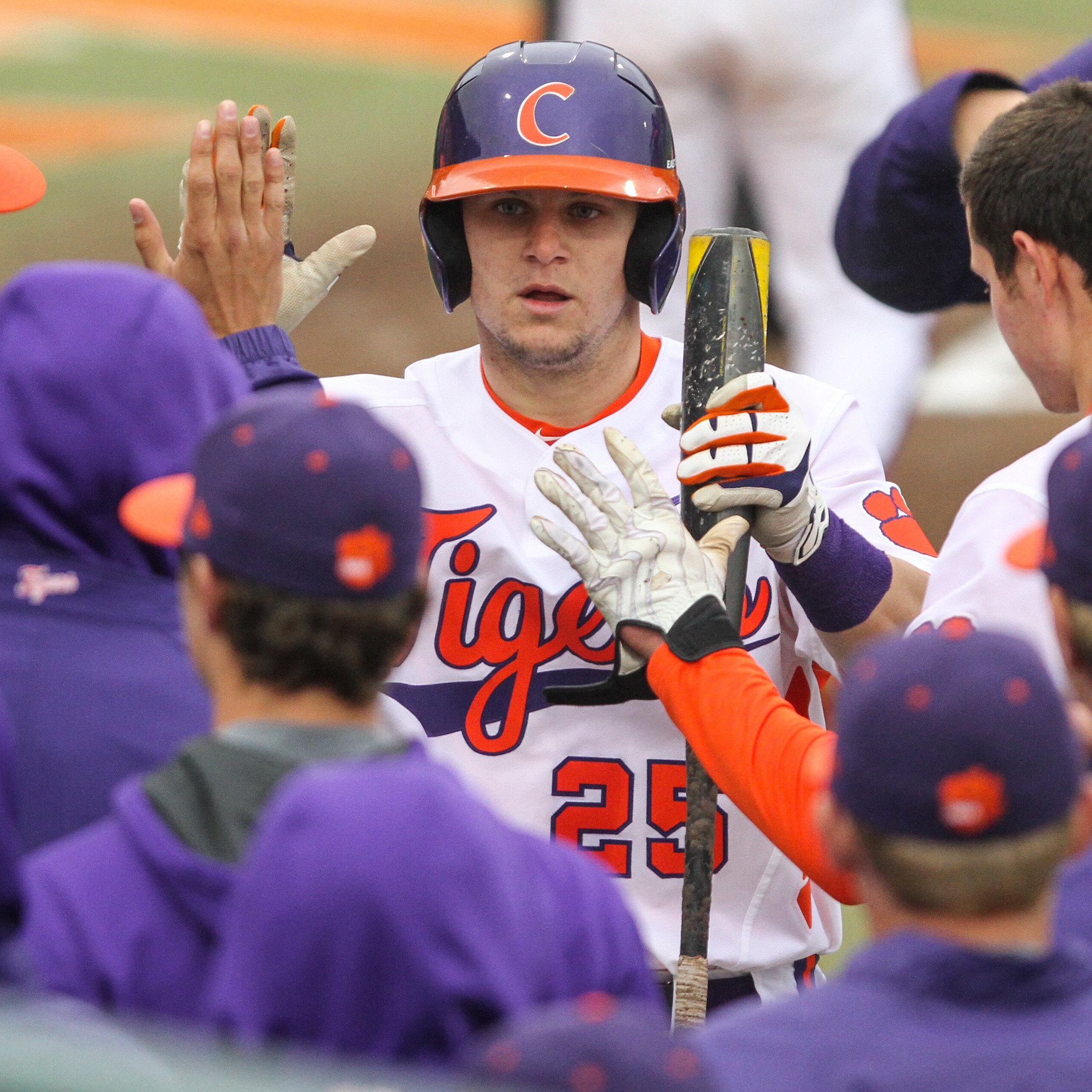 CLEMSON, S.C. – Roger Gonzalez hit a three-run homer in the fifth inning to lead Winthrop to a 5-4 win over Clemson at Doug Kingsmore Stadium on Tuesday. The Eagles, led by former Tiger Assistant Coach Tom Riginos (2003-10), improved to 7-3, while the Tigers dropped to 7-4.

Trailing 1-0, Winthrop scored two runs in the third inning to take the lead for good. Two innings later, Gonzalez belted a two-out, opposite-field, three-run homer down the right-field line to up Winthrop’s lead to 5-1. Clemson scratched a run in the bottom of the fifth inning on Eli White’s run-scoring double. In the eighth inning, Tyler Krieger singled to extend his hitting streak to 13 and Clemson scored two runs in the frame, but it was not enough.

“We knew it was going to be difficult to turn around after a big series win,” said Head Coach Jack Leggett. “We probably played our best game of the year yesterday, played a good four innings today and probably played our worst five innings at the beginning of the game. We need to collect ourselves before the weekend.

“We have to give Winthrop credit. They came in here and did the little things that they had to do. The catcher threw well and was able to get the right pitches and throw the ball on the money. You cannot play a good four-inning game against a team that comes in here and plays well like Winthrop.”

Clemson opens ACC play this weekend when it travels to Raleigh, N.C. to take on NC State in a three-game series beginning Friday at 6:30 p.m. on ESPN3.