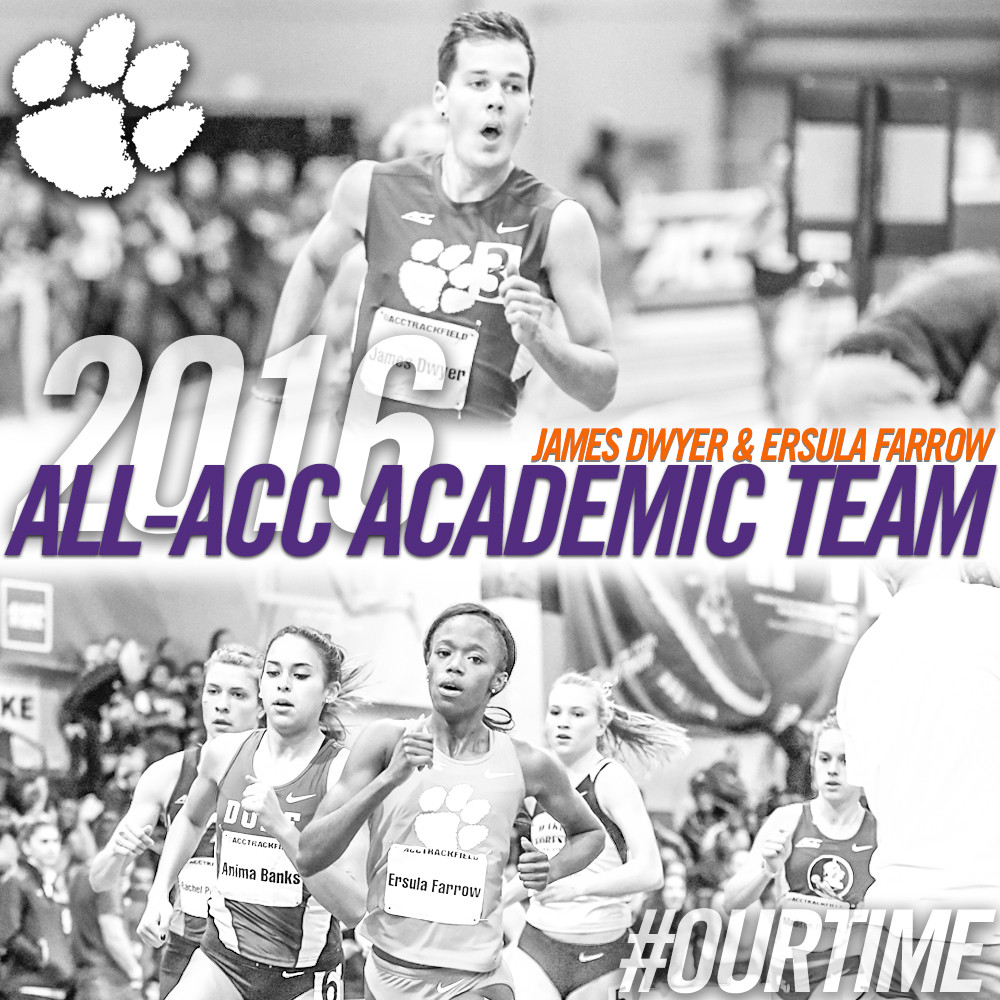 Dwyer finished his career in fine fashion, advancing to the NCAA Championships for the first time. He competed in the 5,000 meters and was sixth place in his semifinal at the NCAA East Preliminary Round, earning the right to compete in Eugene, Ore., at Hayward Field. He went on to finish 24th at the national meet.

Farrow was a first-team All-ACC performer after earning the bronze medal in the 800 meters. The freshman out of Detroit, Mich., posted a top time of 2:04.13, one of the top times in the nation and the third-best in Clemson history. Farrow, who narrowly missed a qualifying berth to the NCAA Outdoor Championships, is scheduled to participate in the USA Junior Championships in Clovis, Calif., from June 24-26.