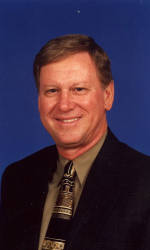 An era in Clemson athletics came to an end Wednesday, August 1, 2007 when Dwight Rainey officially retired from the Clemson Athletic Department. Rainey served the department in one of the most well rounded careers in Clemson history for 32 years.

Rainey came to Clemson as an assistant basketball coach under Bill Foster in 1975. Despite inheriting a program on three years of NCAA probation, Rainey and Foster brought the program to unprecedented heights. In 1979-80 Rainey was the top assistant on a basketball team that won a then record 23 games and was selected to the NCAA Tournament, the first NCAA berth in school history.

The 1980 Tigers competed at the highest level, defeating six top 20 teams, still the Clemson record for top 20 wins in a season. The team was not just happy to get into the NCAA Tournament, they reached the Elite Eight, the only team in Clemson history to reach the regional finals of the tournament.

Through his drive for excellence through a competitive nature that was cultivated during his days as a college basketball player and coach, Rainey brought the Olympic sports programs to a new level. By his sixth year the program won eight ACC Championships, most in the conference that year and still a Clemson academic year record. Rainey was the prime administrator for three National Championship teams at Clemson, the 1984 and 1987 soccer programs and the 2003 golf team.

Rainey was involved in more than just the Olympic sports programs in his 24 years as the senior associate athletic director. He was a constant advisor to Clemson basketball coaches due to his previous experiences with the program. He was directly involved in the hiring of Cliff Ellis, Clemson’s winningest basketball coach, and was in charge of Clemson’s future football schedules. He negotiated four new football series with SEC schools, including series with Georgia and Auburn.

Few Clemson administrators in history have had such a positive impact on the total sports program. Clemson Athletic Director Dr. Terry Don Phillips said, “Dwight will be tough to replace. He is as good an administrator as you will find anywhere in college athletics.”