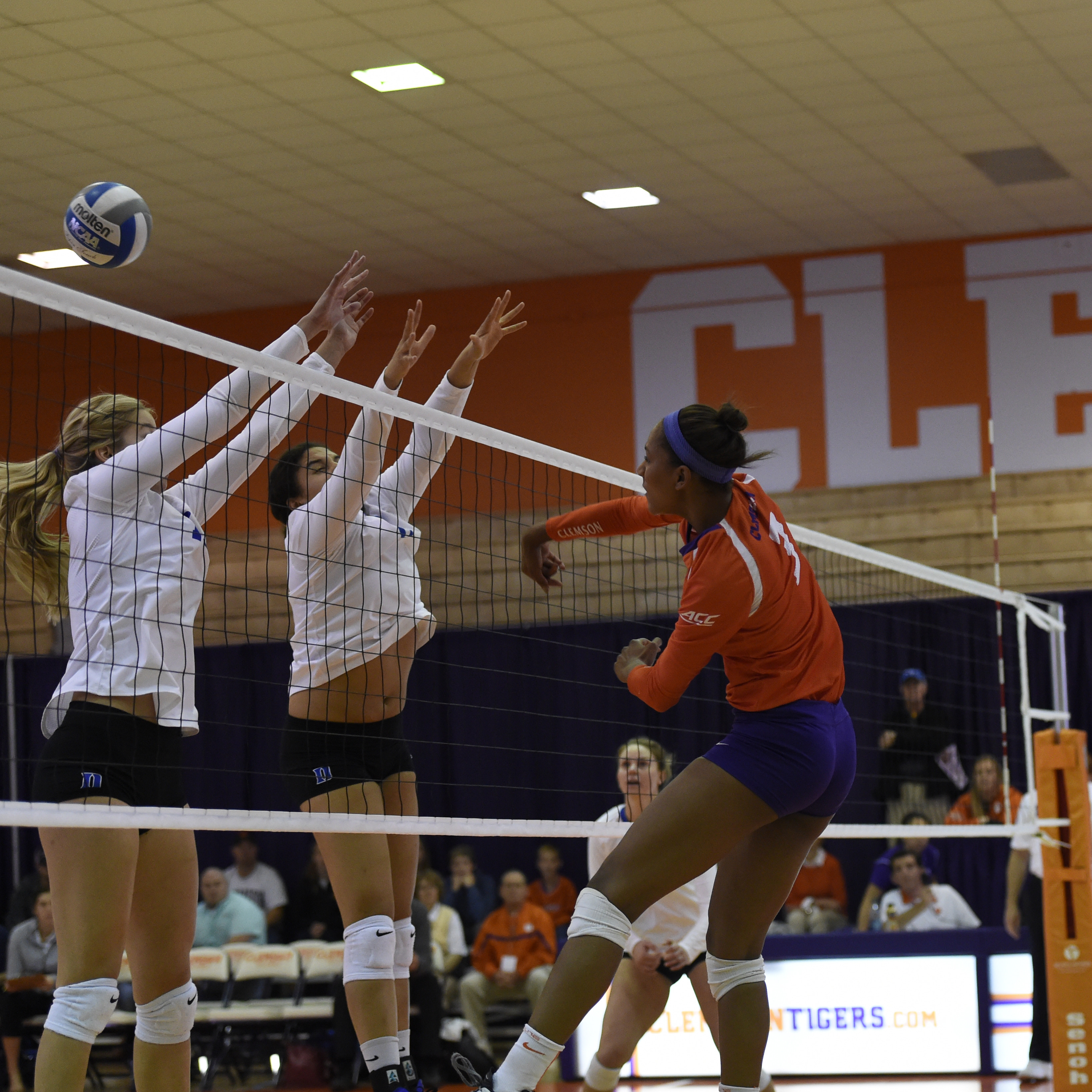 CLEMSON, S.C. – Clemson threatened Duke in the first and third sets with 25-23 and 25-22 scores but the Blue Devils held on to win the match, 3-0. Both, Leah Perri and Keelie Arneson inched closer to their career milestones with their efforts.

Perri once again led the offense with 13 kills and just two errors in the contest on 35 swings, giving her an impressive .314 hitting percentage. The offensive output places her just 12 kills out from the 1,000th of her career. Perri also added six digs and two blocks to her line.

Sydney Moseley also tallied double-digit digs with 11 and a big first set fueled her eight kills on the day. Also finishing not far off a double-double was Kate Federico as she tallied 29 assists and eight digs to go along with two blocks.

Moseley turned in one of her best sets of the season in the first, as she killed six balls on 10 swings with just one error for a .500 hitting percentage while adding five digs as well. Perri hit .444 in the set with four kills on nine errorless attacks. Arneson held down the back row with Moseley, equaling her with five digs. In total, the first set included 11 tie scores and three lead changes. Three of the tie scores came late as Clemson and Duke were knotted up at 19-19, 21-21 and 22-22.

Perri led the charge in the third with seven kills on 18 attempts and only two errors, giving her a .278 hitting percentage to go along with her lone service ace of the match. Lynch hit .429 in the set, killing four of the seven balls set to her and registering one error. Federico connected for assists on 13 of Clemson’s 22 points while Arneson dug out nine of Duke’s attacks. The third set saw nine tie scores and three lead changes and was a tight contest late as the Tigers and the Blue Devils were in a deadlock at 20-20 and 21-21.

The Tigers are back in action on Wednesday as they head to Atlanta, Georgia for their rematch with the Yellow Jackets. Clemson will take on Georgia Tech at 7:00 p.m., in the mid-week contest.