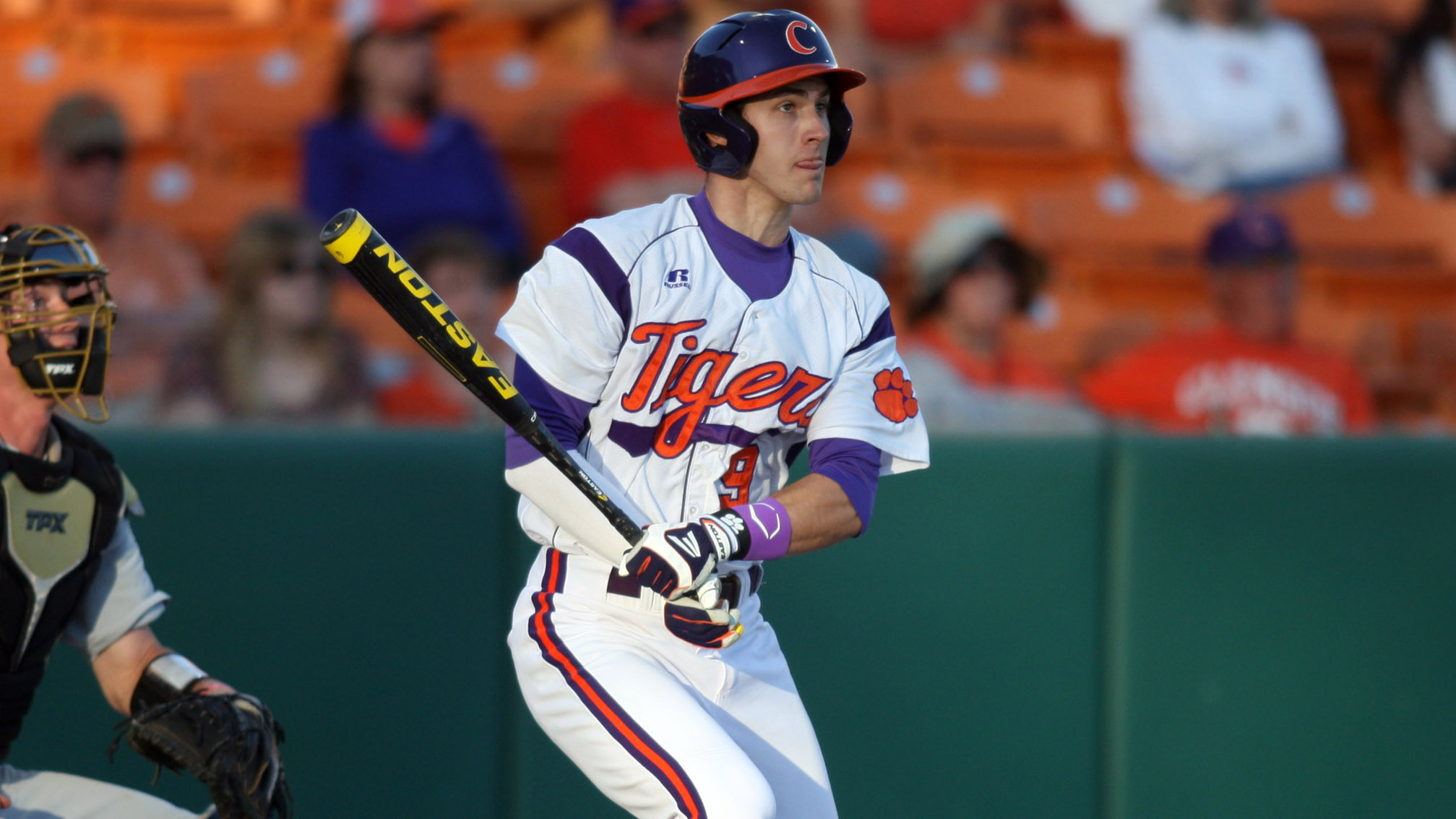 The Demon Deacons battled back from a 2-0 deficit and 4-2 deficit to tie the score each time, including two runs on Pat Blair’s two-out single in the seventh inning.  Neither team could plate a go-ahead run in the eighth, ninth, or 10th innings, then Duggar came through with his third hit along with his third and fourth RBIs of the game on his game-ending long ball in the 11th inning.

Connor Kaden (0-3) suffered the loss, as he yielded two runs on one hit in 0.2 innings pitched.  Jack Fischer pitched 5.1 scoreless innings in relief of two-hit ball as well.

In the first inning, Thomas Brittle laced a one-out single up the middle and Garrett Boulware reached on an infield single.  Shane Kennedy belted a double to right-center to score Brittle, then Steve Wilkerson lofted a sacrifice fly to right to score Boulware.

Mark Rhine reached on a one-out, bunt single in the top of the third inning and scored on Evan Stephens’ double over the first-base bag.  After Conor Keniry walked, Blair hit a potential inning-ending, double-play grounder to third-baseman Jay Baum, who stepped on third for out #2.  But his throw to first was errant, allowing Keniry to score from first on the play and even the score 2-2.

In the bottom of the third inning, Kennedy reached on a one-out, infield single and Wilkerson lined a double down the left-field line.  Kennedy and Wilkerson both scored on Duggar’s single through the right side to give the Tigers a 4-2 lead.

Kevin Conway led off the seventh inning with an infield single and Andrew Williams walked on six pitches.  After both runners moved up a base on Rhine’s sacrifice bunt, Stephens walked on six pitches to load the bases.  Keniry lined out to shallow right field for out #2 as all runners held, but Blair singled through the left side to plate Conway and Williams, tying the score 4-4.

In the 10th inning, Tyler Krieger led off with a walk.  Three batters later, Tyler Slaton drew a two-out walk, then both runners moved up a base on an error on a failed pickoff attempt.  Brittle lined a 3-2 pitch, but it was right at first-baseman Matt Conway to end the inning.

Boulware led off the 11th inning with a seven-pitch walk, then the next two Tigers were retired.  Duggar then deposited a 2-1 breaking ball over the fence in right field for a two-run homer, his second homer of the season and first of his career at Doug Kingsmore Stadium.  It was also the first walkoff home run by a Tiger in 2013.

Duggar led Clemson’s 12-hit attack by going 3-for-5 with a homer, four RBIs, one walk, and one steal.  Wilkerson went 3-for-5 with a double and an RBI, while Boulware scored a game-high two runs.

Matt Conway went 3-for-5 to lead the Demon Deacons, who totaled nine hits in the contest.

Clemson will host Furman at Doug Kingsmore Stadium on Wednesday at 6:30 PM.