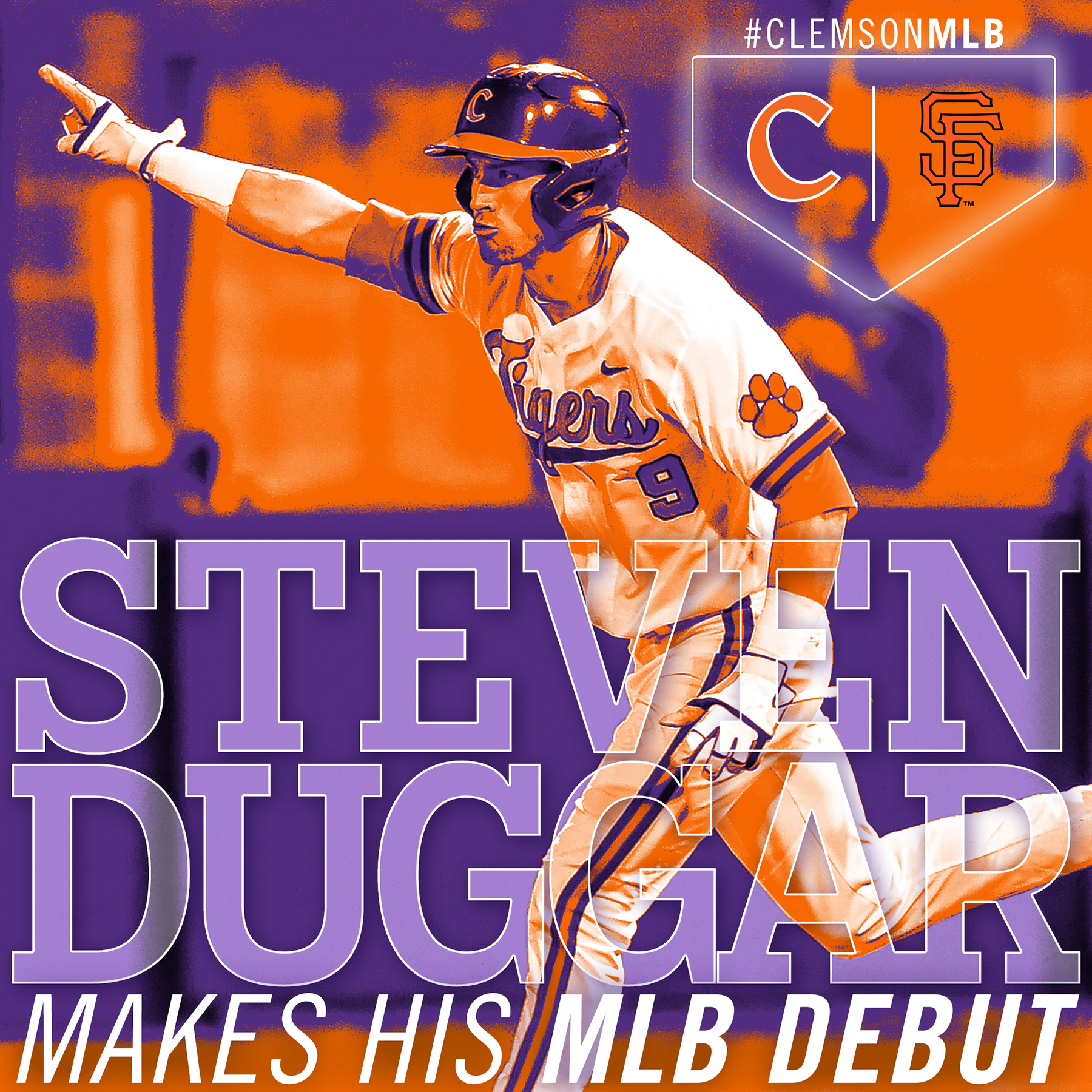 CLEMSON, S.C. – Former Tiger outfielder Steven Duggar (Moore, S.C.) made his major league debut with the San Francisco Giants as the starting leadoff batter and center fielder against the Cardinals in San Francisco on Sunday afternoon.

With Duggar’s appearance in the majors on Sunday, every Tiger team from 1974 to 2015 has now had at least one future major leaguer on its roster.