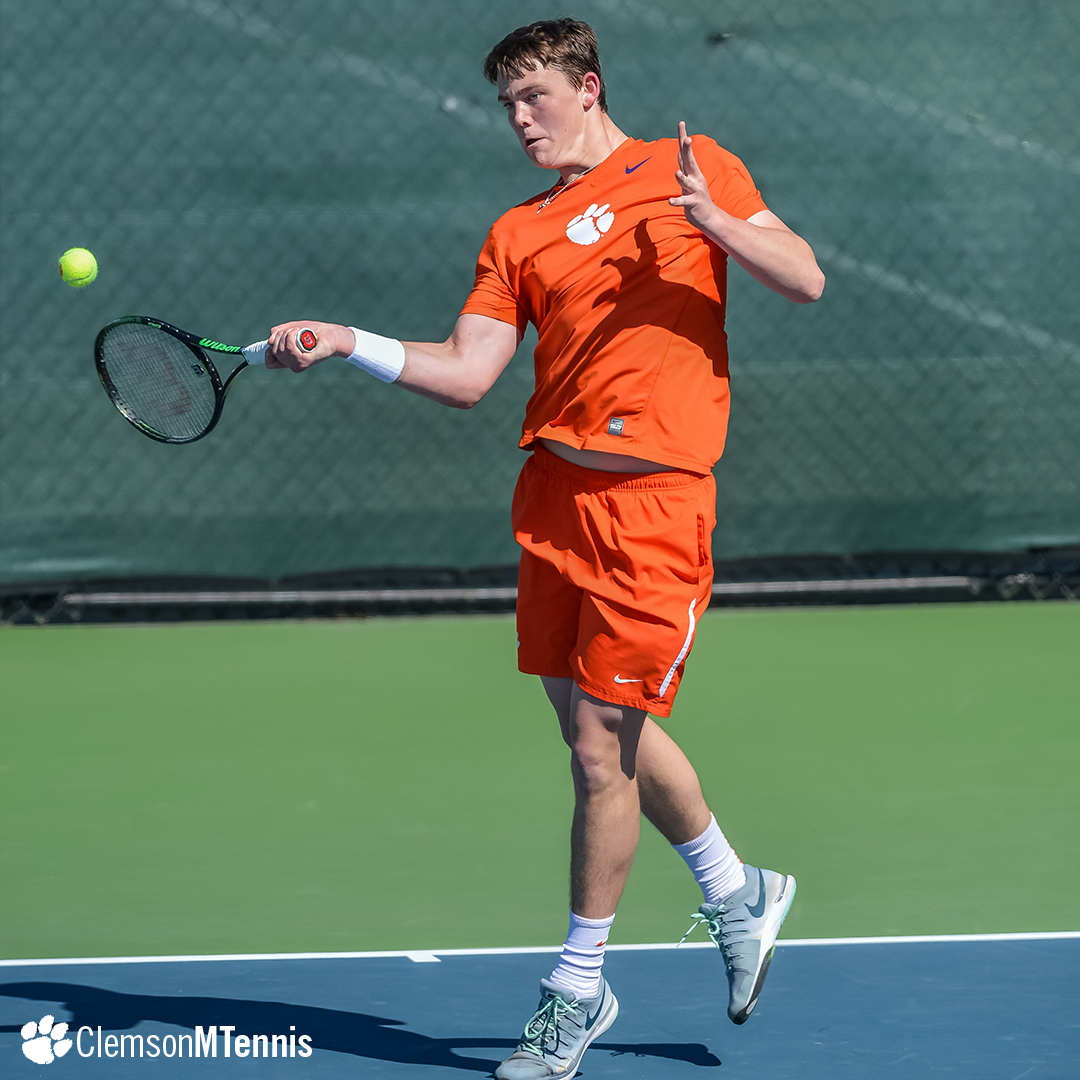 CLEMSON, S.C. – Senior Robert Dudley was named co-captain on Tuesday morning by Head Coach John Boetsch. The native of Ireland began his career as a Tiger in 2013-14 after a decorative career in the youth ranks of Europe.

“Dudley has made a significant commitment to finish strong on the court and in the classroom.  His decision to improve his game and gain confidence through extra work has paid off and will continue to pay off,” said Head Coach John Boetsch.  “He has earned this, and we are proud of him.”

Dudley is currently 36-31 overall as a Tiger. In 2017 he has played the No. 2 & 3 positions where he has recorded a 7-2 record thus far. Dudley fell in his first match of the year before he tallied together seven straight wins. He is currently tied for the most wins this season on the team with seven.