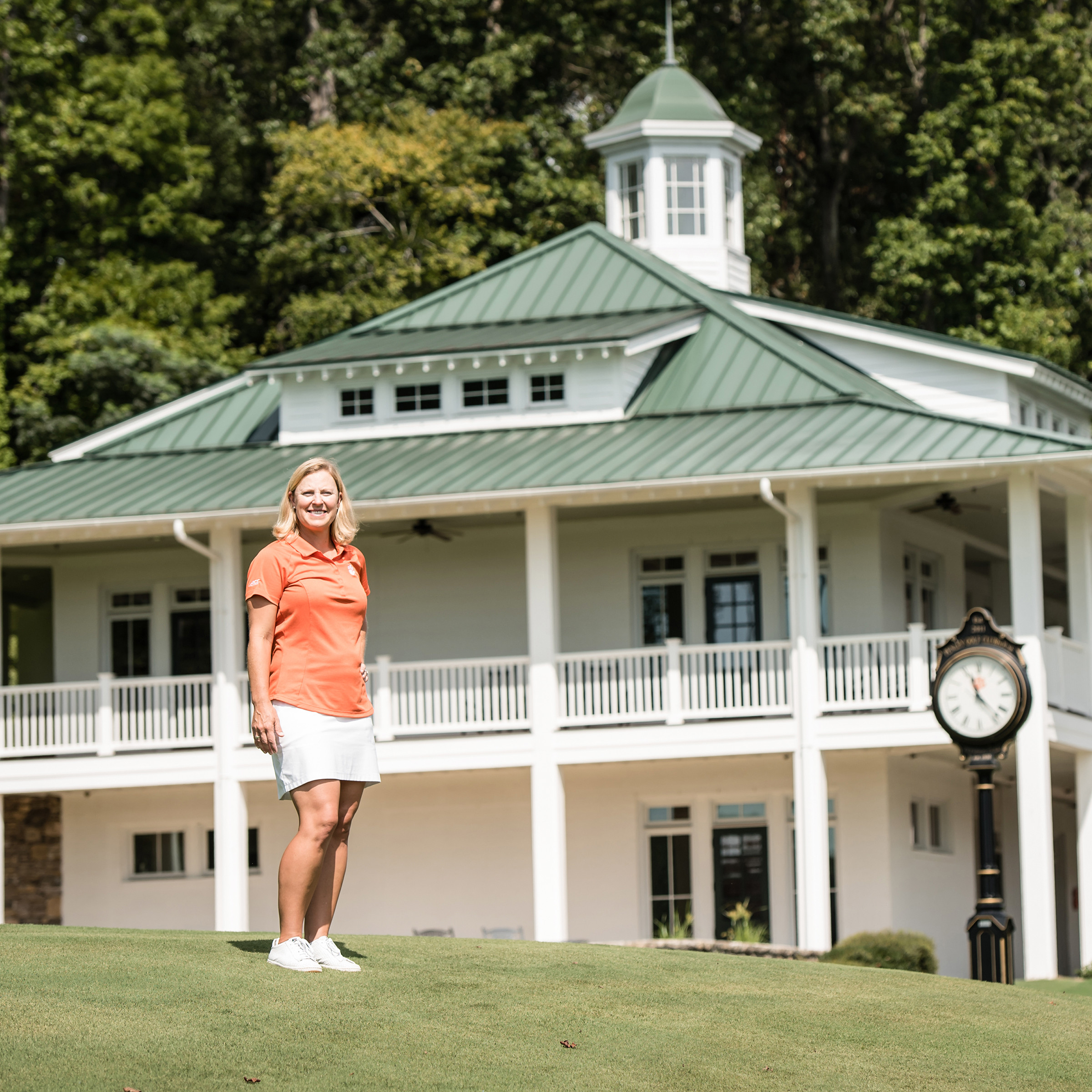 Even though her family had just moved from Athens, Ga., to Greenville, S.C., for her mother to take over the head coaching job at Furman, when Kelley Hester’s daughter started kindergarten in 2013, she asked her mother if they could be Clemson fans.

Three short years later, that answer is now ‘yes,’ as Hester was hired to be the just the second Clemson women’s golf coach in program history in July.

“It almost feels a little surreal,” Hester said of taking the Clemson job. “When we moved from Athens to Greenville, my daughter was in kindergarten. She was born in Arkansas, but she was 12 weeks old when we moved to Athens, so all she knew was Georgia.

“She went to kindergarten on the first day, and when she came home, she said, ‘Mom, there’s no Furman people in my class. Can we be Clemson fans?’

“And you have to keep in mind that was when Clemson was starting a women’s golf team, so that was all you heard about in the Upstate.

“Quite honestly, I think I underestimated the reach of Clemson when I was at Georgia. When we moved to the Upstate, it felt like nine out of 10 people were Clemson fans. All I ever heard about at junior golf tournaments was people wanting to go to Clemson, and here I was tasked with rebuilding Furman women’s golf, which at one time was great, but in more recent history, was not so great.”

Hester quickly found success at Furman and earned SoCon Coach-of-the-Year honors each of the last two seasons after her teams won SoCon titles in 2015 and 2016. Furman golfers were also named SoCon Player-of-the-Year the past two seasons and SoCon Freshman-of-the-Year all three years Hester was leading the program.

In her final season with the Paladins, Hester guided Furman to a 20th-place finish at the NCAA Championship after finishing fourth at the NCAA Regional.

“To me, it’s all about, ‘Can we get there? What kind of place is going to help me do that?’ Not that you can’t do it at other places, but our student-athletes are so blessed here. It’s hard to beat.”

As someone who is more used to “big-time college athletics” after coaching at her alma mater Georgia, Arkansas and helping to start the women’s golf program at UNLV, Hester is excited to take on another high-caliber team, and she appreciates the kinds of resources that a program like Clemson can provide to its student-athletes.

“Honestly, Clemson came to me and let me know that I was high on their list,” stated Hester. “They blew me away. They made it very clear that they were excited about women’s golf, and they believed that we could be a national contender.

“When you see the resources that are available here, whether it’s any of the student services like sports psychology, nutrition, strength training or academic services, you can’t offer more than what we’re able to do.

“Being able to know that you can take care of student-athletes in that way is great. It makes bringing students on campus a lot of fun when you can show them what’s available to them here. I’m not saying that you can’t be successful at other places, but it is a little easier when you have seemingly unlimited resources.

“In the back of my head, I’d like to recruit kids who want to win a national championship, and honestly, I felt like being at Clemson would give me the best chance to do that.”

The success that Hester has found with her past teams, even aside from Furman, positions her well to begin recruiting for and building a nationally-acclaimed program. Just before Furman, in her time at Georgia, the Bulldogs made five straight NCAA Regional appearances and went on to place 10th and 15th at the 2008 and 2009 NCAA Championships, respectively.

In 2009, Hester was named LPGA National Coach-of-the-Year. She brings a wide range of experiences to Clemson and has learned a lot from her past coaching jobs that she can bring to Clemson’s still-young team.

“I’ve been at such good places that have achieved the kind of success that we would envision Clemson achieving. I’ve coached 16 All-Americans, won some conference championships, a national player-of-the-year and an NCAA champion. I think I have an eye for talent.

“When you’re at a great place, it shouldn’t be too hard to do a good job of recruiting. And what I’ve really held my hat on as a career would be helping kids improve. If you can attract national-caliber players and help them improve, then at the end of the day, I think you can have a pretty good women’s golf team.

“The older I get and the more All-Americans I’ve coached and the more success former players have had, that brings some credibility with it. It makes kids say, ‘that’s where I want to be. If this lady helped her get there, maybe she can help me, too.’ That’s what I look forward to doing.”

Heading into her seventh different coaching job, Hester feels that the priority Clemson placed on her when the position opened created one of the proudest moments of her career, and she is excited to see what the program can produce over the long term.

“If I had to pick one proudest moment, it might be that a place like Clemson would come open, and I would be their first phone call…that your body of work shows that you’ve been able to be successful where you’ve been. It certainly meant a lot to me that, when this job came open, I almost couldn’t go anywhere in the college golf world without people going, ‘come on, that’s your job.’

“Clemson is so new, but there’s no reason why Clemson can’t be great.”