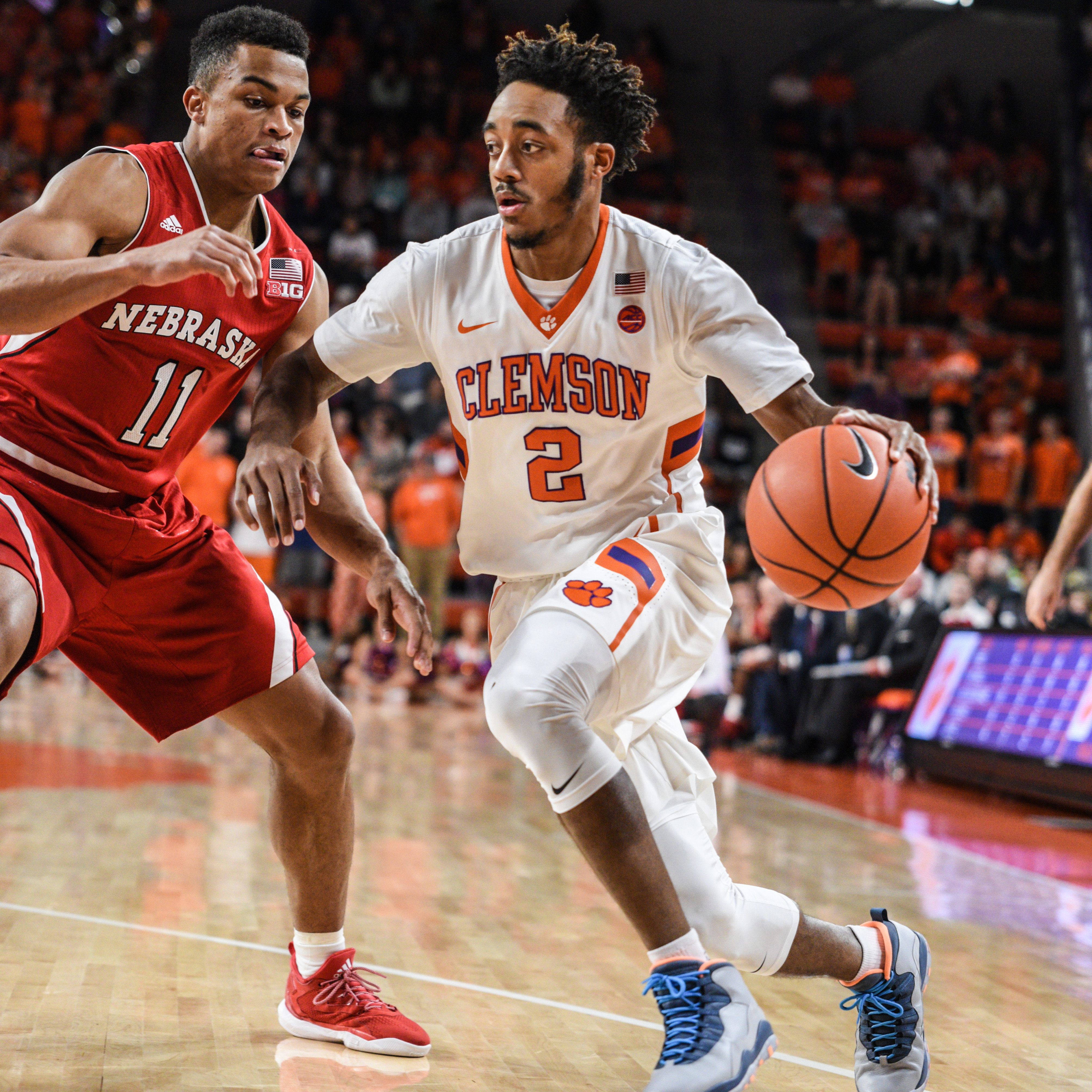 WINSTON-SALEM, N.C. — Trailing 68-58 with 4:51 to play, Clemson put together a 15-0 run to finish its ACC opener with a dramatic, come from behind victory over Wake Forest in Lawrence Joel Coliseum. The Tigers, who earned the program’s first ever consecutive wins in Wake’s home facility since 1989, moved to 11-2 on the season. The Demon Deacons fell to 9-5 overall, 0-2 in the ACC.

Marcquise Reed sparked Clemson’s incredible rally, scoring 17 of his game-high 21 points in the second half. The former Robert Morris transfer was brilliant Saturday, hitting 6-11 shots including 3-6 from behind the arc. He added six free throws in seven attempts, to go along with four steals and three assists in 25 minutes.

Reed was not alone, however. The Tigers saw a late spark from Donte Grantham, whose three from the top of the key with 3:10 to play cut the deficit to just four. Almost two minutes later, he took a pass from Reed and converted a three-point play to give Clemson its first lead of the game. Two defensive possessions later, Grantham swatted away a shot at the rim by Bryant Crawford and corralled his own rebound. He finished the contest with 11 points and 10 rebounds, his first double-double of the season.

Clemson shot 50 percent in the second half and heated up from three-point distance, converting six of 10 attempts. Avry Holmes knocked in three from long range in 22 minutes. Jaron Blossomgame added 14 points for the Tigers, who won their ninth consecutive game.

The Tigers had to overcome spurts of poor play. Clemson made just 55 percent of its free throws and was outrebounded 38-33. After Elijah Thomas picked up his fourth foul with 13:13 remaining, Wake went on a 7-3 run to stretch its lead to eight. It later ballooned to as much as 13 on a three by Keyshawn Woods with 7:01 left. Clemson then scored 22 points the rest of the way, completely erasing the deficit.

The Tigers move on to face No. 9 North Carolina in their ACC home opener on Tuesday. Tipoff is set for 7 p.m. in a game that will be televised nationally by ESPN2.