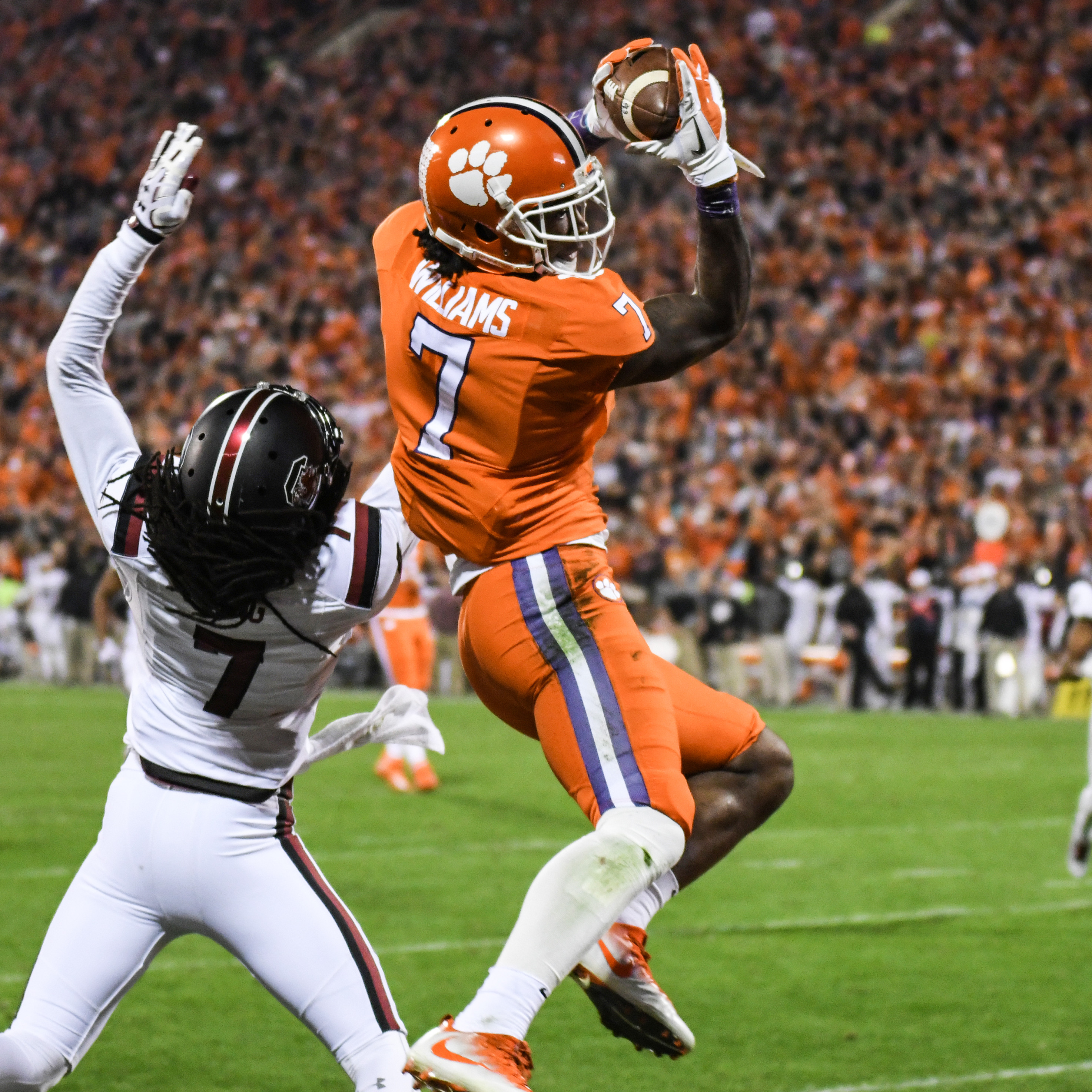 Playing wide receiver for the Clemson Tigers is no small task. Naturally, there are certain expectations that come with running routes for the program that has become known affectionately as “Wide Receiver U.” But Mike Williams met all of them and then some.

Hailed by head coach Dabo Swinney as being “the most complete wide receiver” to suit up for the Tigers during Swinney’s Clemson tenure, Williams is an impeccable talent with a virtually unlimited skillset that has him poised to burst onto the scene in the NFL.

Widely projected as a first-round pick in the 2017 NFL Draft that begins Thursday in Philadelphia, Pa., Williams is coming off of a magnificent redshirt junior season with the Tigers. He finished fifth in the nation with 98 receptions and 11th with 1,361 yards, leading Clemson in both categories.

A two-time All-ACC selection, Williams teamed up well with quarterback Deshaun Watson during his college career to help solidify the Tiger offense as one of the nation’s best and brightest. However, a serious injury nearly curtailed what turned out to be an immaculate collegiate career, making what Williams accomplished at Clemson all the more incredible.

Native to the small South Carolina town of Vance — where he plans to watch Thursday’s first round with family and friends — Williams was a star at Lake Marion High School, highlighting a stellar prep career that saw him earn a top-five prospect rating in the state as part of the 2013 recruiting class. Williams went on to gradually earn his keep in the offensive rotation at Clemson, turning heads with an uncanny catch radius and imposing stature during his freshman and sophomore seasons.

Entering the 2015 slate, Williams was expected to serve as Clemson’s most dangerous weapon on offense, but a broken neck that he suffered while corralling a touchdown catch on Clemson’s first possession of the year ended his season before it could really even begin. While the injury initially sparked concerns surrounding the future of his promising football career, those hesitations quickly dissipated when Williams opened the 2016 season against Auburn, hauling in nine catches for 174 yards, foreshadowing one of the best campaigns a Clemson receiver has ever produced.

Williams returned to top form as a redshirt junior. Consistently fighting through virtually every type of coverage that defensive coordinators threw his way, Williams was a force to be reckoned with all over the field. Throughout the 2016 campaign, he seemed to add a highlight-reel performance game in and game out, making spectacular catches, including a leaping snag over a defender on Clemson’s national championship-winning drive that proved to be one of the most impressive and important catches of the college football season.

At the NFL Scouting Combine this winter, Williams performed well in front of the wide variety of league personnel in attendance, recording a solid 32.5-inch vertical and putting on a show in his on-field workout. Williams continued to turn heads at Clemson’s Pro Day with his 4.49 time in the 40-yard dash. At 6-3, 225 pounds, Williams definitely sports the build of an NFL-ready wideout, often using his size and strength to outmuscle defenders. Williams offers a similar set of skills as current All-Pro wideout A.J. Green of the Cincinnati Bengals. Agile and adept at finding the ball, Williams is a downfield threat who could make a significant impact for an NFL offense early in his career.

Williams, who had 11 touchdown grabs this past season, was a game-changer for the Tigers, showing no limits in terms of getting to the ball and successfully finding the end zone in critical situations. He also showed no limits in giving it his all on the football field, returning from a major injury even better than before. Explosive off of the line, difficult to cover down the field and consistently clutch in late-game situations, Williams was the definition of a go-to receiver and put himself in great position to become the next representative of Wide Receiver U to make a name for himself at the next level.