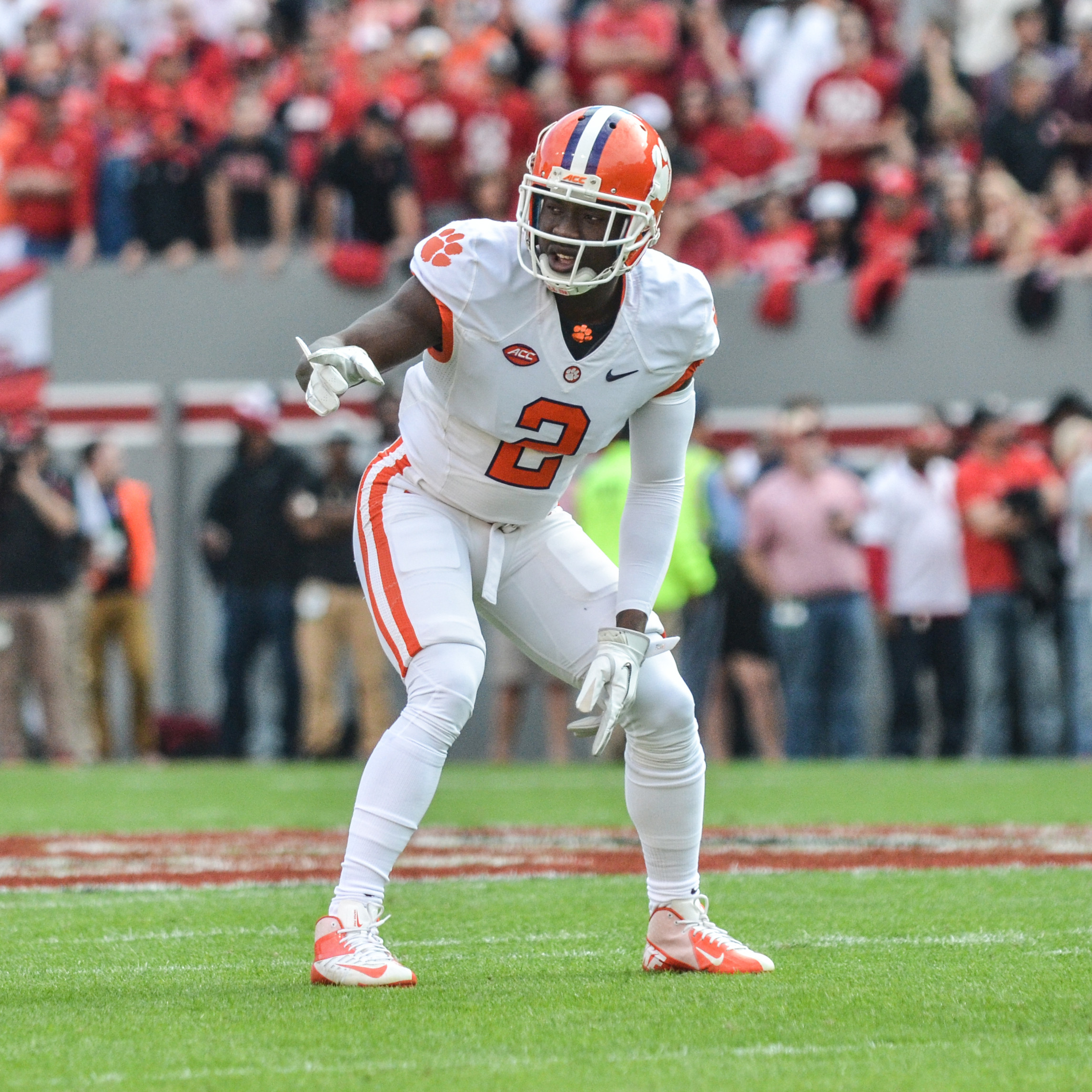 Opting to enter the NFL Draft after playing only two seasons at the college level is a bold move, but after the incredible display put on by Clemson Tigers cornerback Mackensie Alexander this past fall, it is understandable that he chose to do just that.

After redshirting his freshman year with an injury, Alexander entered the 2014 campaign as a starter with lofty expectations surrounding him. As the fourth-ranked high school prospect in ESPN’s class of 2013, Alexander was arguably the most highly-touted defensive back the Tigers ever landed. Considering the illustrious history of Clemson’s secondary, that is a notable accolade for sure.

Alexander was great throughout his redshirt freshman season, but was phenomenal as a redshirt sophomore. Even though he failed to haul in a single interception over the course of two seasons, he was given few opportunities to do so, as his trademark lockdown coverage kept opposing pass attempts at bay.

Alexander has been frequently lauded by the media for putting wide receivers on an “island,” which is the same attribute commonly accredited to Darrelle Revis, perhaps the best cornerback in the NFL. Ironically enough, with pads and a helmet on, Alexander bears a striking resemblance to Revis, as their builds are very similar. However, that lanky, undersized frame is the lone blemish marring Alexander’s otherwise high draft stock.

Listed at 5-11, 195 pounds, many draft analysts, including ESPN’s Mel Kiper, question his size at the next level. Regardless, Alexander is a rare talent. His speed and agility are off the charts, and his knowledge of the game is as keen as any defensive back in this year’s draft. Rarely penalized and almost never scored upon, Alexander is a lockdown corner in every sense of the epithet. Kiper may consider Alexander undersized, but he currently has him going 30th overall to the Carolina Panthers.

The possibility of Alexander lining up across the field from fellow Palmetto State native Josh Norman, who, as a member of the Panthers, was arguably top cornerback in the NFL this past season, is exciting to think about. But expect Alexander’s status to rise during the pre-draft workouts. When the defensive backs are put to the test at the NFL Combine on Monday, February 29, all eyes will be on Alexander, as the on-field acumen he regularly displayed while helping lead the Clemson defense in 2015 has made him a highly intriguing prospect.

While Alexander is quite the showman during games, he backs up his chatter with stellar play, making him seem like the perfect candidate for becoming the next NFL superstar at the cornerback position. After taking his talents from Immokalee High School in South Florida to Clemson University, Mackensie Alexander is coming to an NFL team near you, where he will undoubtedly continue to shine.