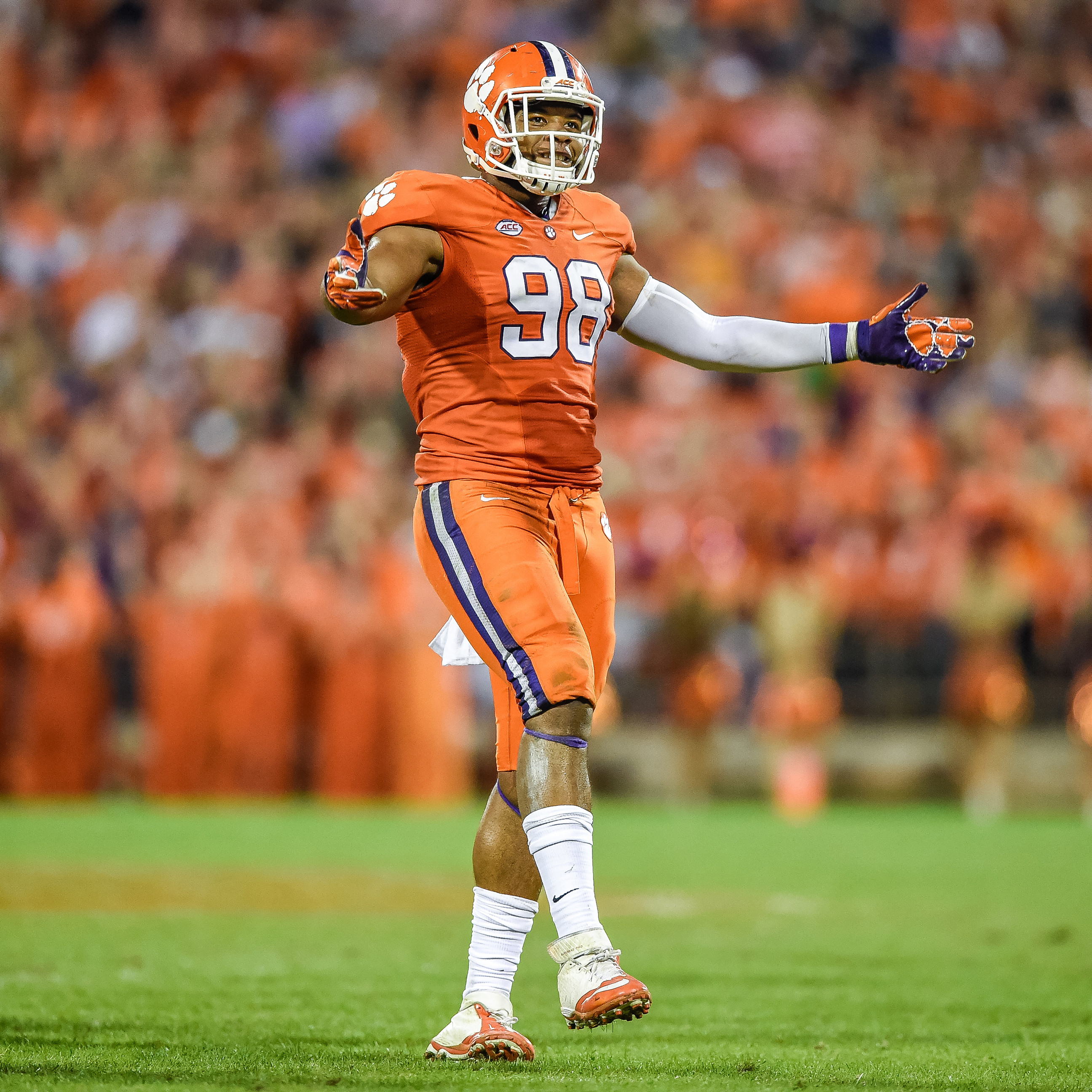 Together with Shaq Lawson, defensive end Kevin Dodd helped Clemson boast one of the best pass rushing attacks in college football this past season. Now, the 6-5, 275-pounder is setting his sights on a successful NFL career. The redshirt junior from Taylors, S.C., opted to make the leap to the next level after accruing a remarkable 12 sacks and 23.5 tackles for loss. The numbers ring even more special when you consider Dodd had taken the field for just 219 snaps in his career prior to the 2015 season.

Dodd was touted as the most “underrated player in the title game” by NFL Network analyst Daniel Jeremiah and is considered by many draft experts to be a more complete prospect than Lawson.

Unfortunately, Dodd suffered what was apparently a hamstring strain at the NFL Combine on Sunday while running the 40-yard dash. It came on his second attempt at the 40 after he initially ran a respectable 4.86 seconds on the first try. He was unable to fully showcase his talents for the remainder of the day. Clemson’s Pro Day, which will take place on March 10, will be crucial to Dodd’s draft stock, as it will be his final opportunity to prove to scouts why he is deserving of a first-round draft selection.

Rest assured, Dodd has all of the keys to becoming a starting defensive end in the NFL. His impeccable size and quick bursting ability from the line are matched by only a select few other pass rushers in this year’s draft class. His poised mentality is assuredly just as appealing to NFL general managers. In an era where young football players talk the talk, Dodd walks the walk and was one of Clemson’s undisputed leaders in 2015.

Like Lawson, Dodd was forced to wait until his junior season to start, as the Tigers boasted a bevy of talent on the defensive line during his tenure at Clemson. However, he made the most of his lone season in the starting lineup, shining on the field when it mattered most. Dodd was a terror in the National Championship Game, picking up three sacks against an Alabama Crimson Tide team that featured one of the nation’s premier offensive lines.

While not as flashy or demonstrative as Lawson, Dodd is a star in the making. With a build and playing style strikingly similar to Hall of Fame defensive end Michael Strahan, Dodd is, without a doubt, first round material. His path to college football stardom was definitely not of the primrose variety, though, as he underwent many large-scale improvements along the way.

Describing the state of Dodd’s game when the unproven defensive lineman arrived at Clemson, head coach Dabo Swinney recently said, “He really knew nothing. He had so much to learn, so far to go.” Swinney even joked with local reporters that Dodd did not know how to get down in a defensive end’s stance.

Upon consideration of Dodd’s current draft stock, Swinney’s quote speaks volumes about his work ethic. Following high school graduation, Dodd attended Hargrave Military Academy for a year and then redshirted his true freshman season at Clemson. It was a long journey to becoming one of the nation’s most feared pass rushers, but Dodd endured it.

Projected to go 18th overall to the Buffalo Bills in a recent mock draft by Mel Kiper of ESPN, Dodd has displayed a willingness to work for his chance to shine throughout his football career. And if his National Championship Game performance indicates anything, he shows no signs of resting on his laurels.