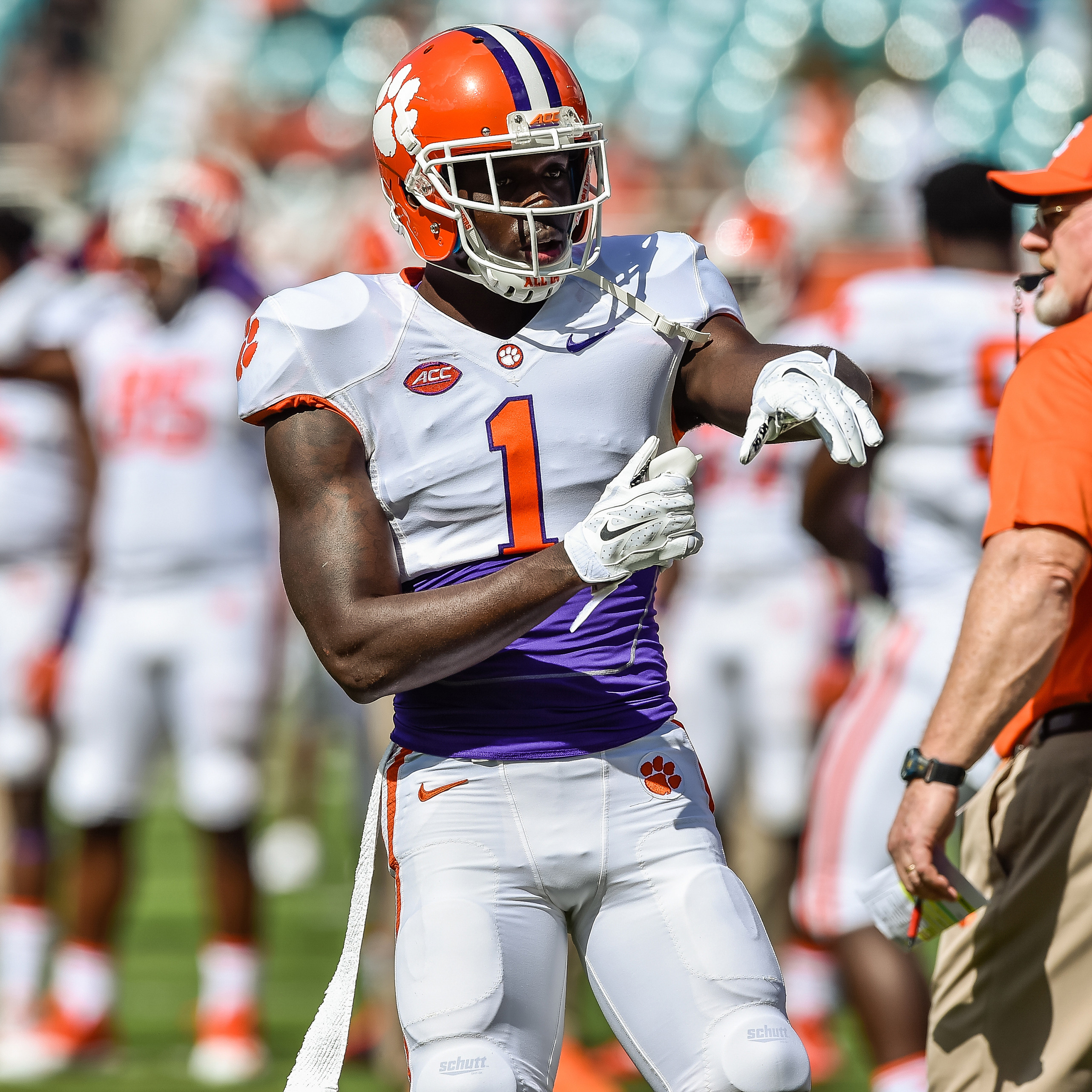 One of the truly underrated players in the 2016 NFL Draft class, Clemson Tigers safety Jayron Kearse should be expected to make waves at the next level. Choosing to declare for the draft following his junior season, Kearse is rated by most analysts as a third-round pick, which, if true, could potentially make him the steal of the draft.

It is only too appropriate that Kearse is the nephew of Jevon Kearse, the former All-Pro defensive end affectionately known as “The Freak,” as the 6-5, 220-pound defensive back is a physical freak himself. Bearing an uncanny on-field resemblance to Cincinnati Bengals safety George Iloka, Kearse definitely stood out while in the college ranks.

Like future Hall of Fame safety Ed Reed, Kearse is lean but strong. His hard-hitting style and remarkable agility have made Kearse a force to be reckoned with throughout his football career.

A two-way star at South Fort Myers High School, the alma mater of former Clemson wide receiver Sammy Watkins, Kearse excelled at both safety and the running back position and was named a top-20 national recruit before committing to Clemson in August 2012.

Kearse ran a 4.62 40-yard dash at the NFL Combine in February, an impressive time for a strong safety, that still does not fully indicate the speed and agility with which he plays. Kearse covers ground like few defensive backs in this year’s draft class. Few will forget him chasing down a Louisville receiver to make a game-saving tackle on the Cardinals’ final drive of a close win in 2014.

As a freshman, Kearse led the Tigers with four interceptions, and even though that number decreased each of the two seasons thereafter, the other aspects of Kearse’s game steadily improved.

While Kearse’s unique build has proved to be an asset throughout his career, it is the biggest reason for his less than stellar draft projection. Kearse’s height is viewed as a potential hindrance. Few, if any, NFL defensive backs have ever boasted the height of Kearse, and many scouts question whether or not a man built more like a small forward can endure the taxing, physical nature that comes with playing safety in the NFL.

However, the consternation surrounding Kearse’s physical stature should not overshadow his versatile skillset. Like his uncle, Kearse is a multi-talented athlete with great potential.

Kearse went through a few drills Thursday in front of nearly 100 NFL personnel at Clemson’s Pro Timing Day. After the event, he told reporters that he had visits scheduled with Detroit, Jacksonville, New Orleans, Pittsburgh and Tampa Bay. Though Kearse is unlikely to bolster his stock enough to hear his name called on opening night of the draft next month, his raw talent and lofty potential should help make him a gem of a selection for one NFL team.