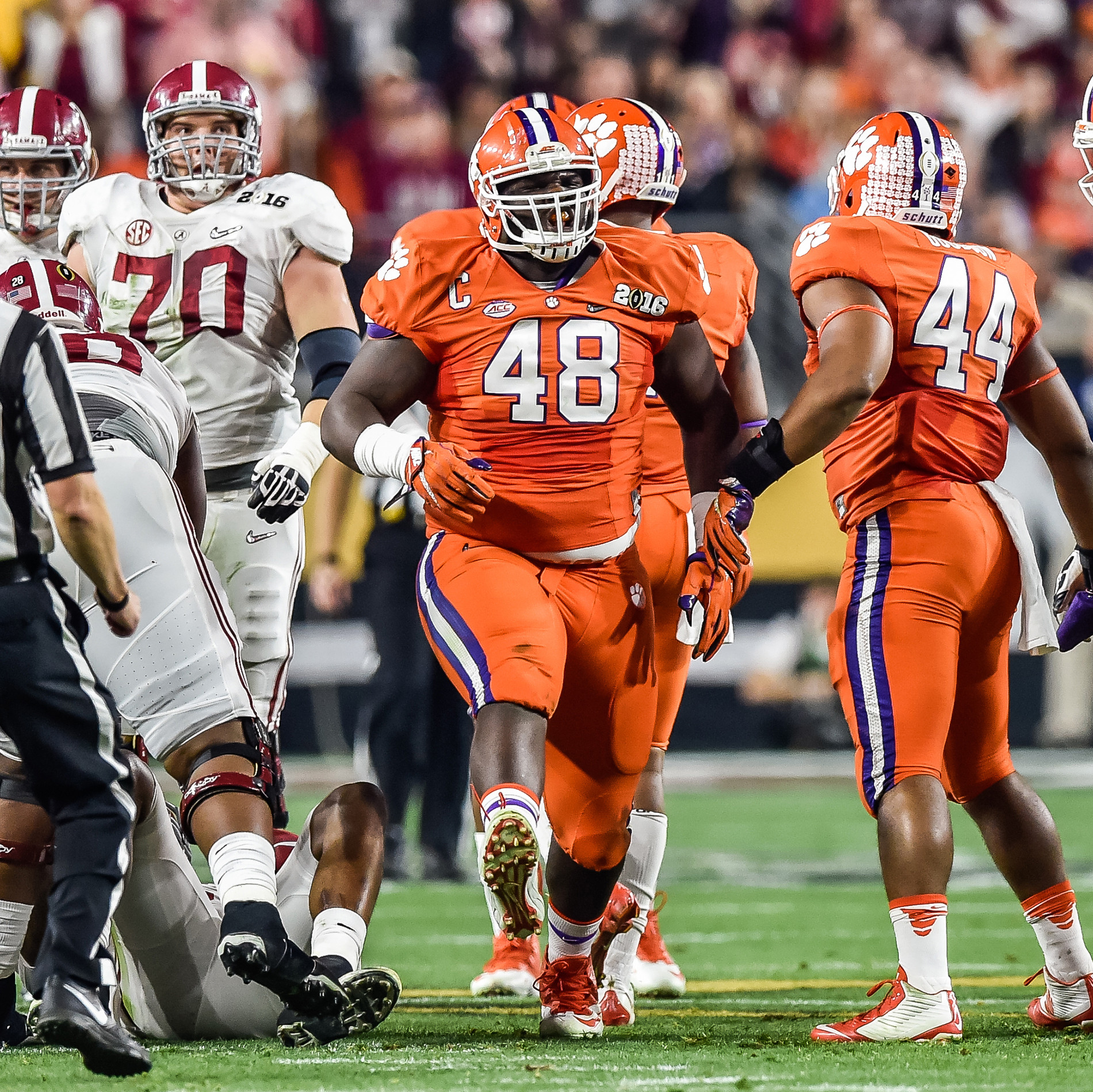 At 6-3 and 325 pounds, defensive tackle D.J. Reader definitely has the size to succeed in the NFL. And if his four seasons as a Clemson Tiger are any indication, he seems poised to do so. After spending half of the 2015 campaign away from the team in order to properly address a personal matter, Reader made his presence consistently felt throughout the latter half of the season.

While Reader’s stats are not eye-popping, his imposing size and run-stopping ability are enough to make him a fascinating topic of 2016 NFL Draft discussions. Completing an impressive 30 bench press reps (of 225 pounds) at the recent NFL Combine, Reader fully showcased his remarkable strength for scouts and executives.

With a quiet, yet intimidating demeanor and massive frame, one cannot help but draw comparisons between Reader and future Hall of Fame defensive tackle Vince Wilfork. Like Wilfork, Reader sports an uncanny athleticism for his size, even playing for Clemson’s baseball team as a sophomore.

Making an immediate on-field impact as a true freshman, Reader went on to become a respected leader for the Tigers and was welcomed back with open arms upon returning to the team this past October.

A three-sport star at Grimsley High School in Greensboro, N.C., Reader excelled on the court, diamond and gridiron and earned four letters in basketball, baseball and football.

While that athletic ability is a plus for Reader in terms of his draft status, many scouts wonder if he is skilled enough in the pass rushing department to excel at the next level, thus dictating the most common projection of Reader being selected in the fifth or sixth round of the draft.

Defensive tackles have to be able to shed blockers at will if they are to make an impact in the NFL, and Reader’s main downfall in the eyes of scouts is his failure to ever garner more than three sacks in a single season. However, the plethora of talent boasted by the Tigers’ defensive line throughout Reader’s tenure resulted in the sacks being hard to come by for an individual pass rusher. And even though Reader is not necessarily a pass-rushing specialist, his run-stopping talents are impressive.

Reader wreaked his fair share of havoc in the backfield as a Tiger and bolstered the defense upon his mid-season return in 2015. Reader likely turned some heads at Clemson’s Pro Day last week because of his striking build. A handful of organizations are sure to recognize the rare combination of raw talent and pure athleticism that he brings to the table.

Regardless of what round Reader has his name called in next month’s draft, he will need to improve his block-shedding ability during the offseason if he is to make a regular season roster. Fortunately, Reader has dealt with his fair share of adversity in the past and should be able to draw upon his experiences in order to overcome any obstacles standing in the way of him achieving his NFL dream.