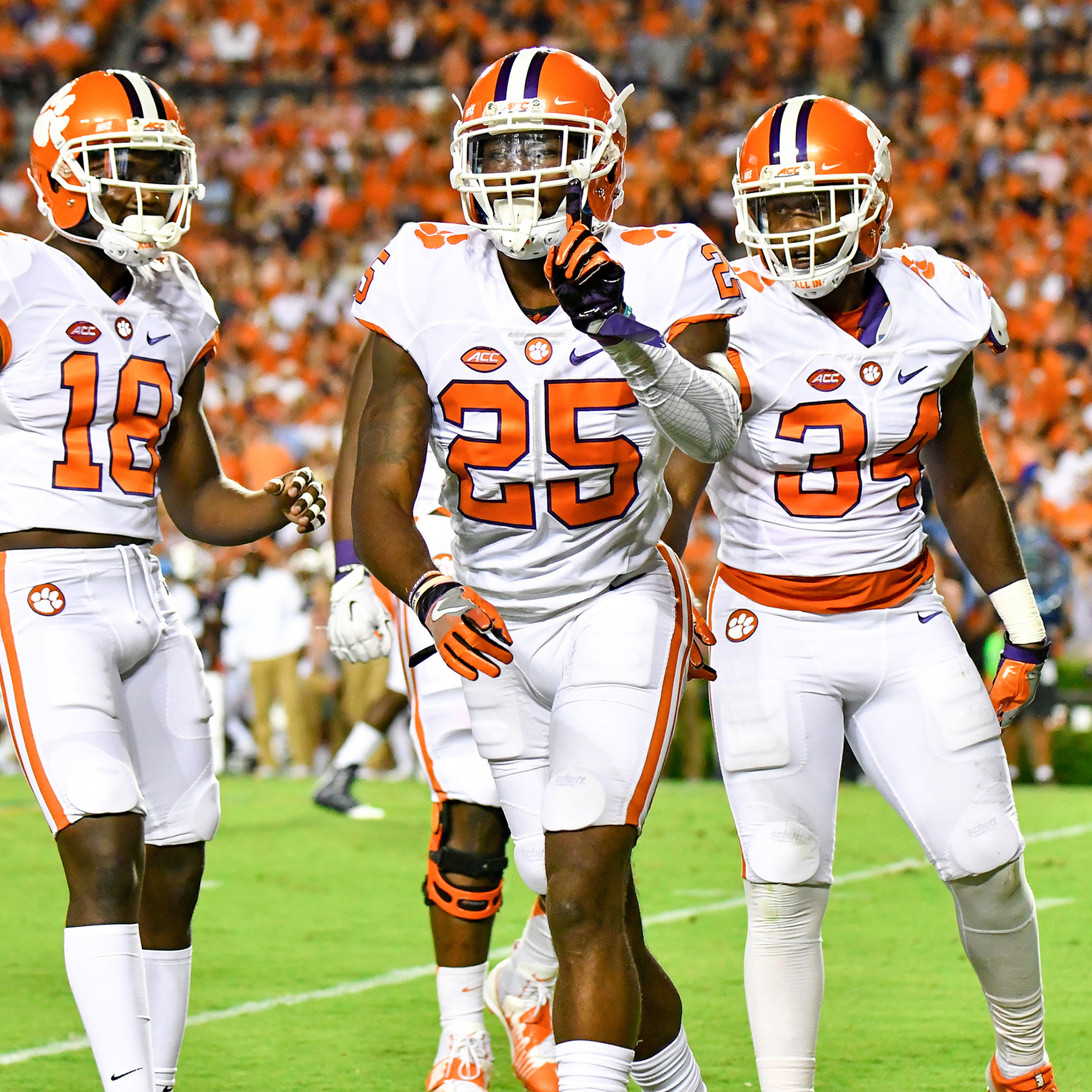 Cordrea Tankersley made quite the impact in his two years as a starter at Clemson, as the cornerback from the rural community of Beech Island, S.C., steadily improved throughout his collegiate tenure to become a mainstay of the Tiger defense. From serving primarily as a special teams contributor during his freshman and sophomore seasons to developing into one the ACC’s top lockdown corners as a junior and senior, Tankersley was arguably the X-factor of the Tigers’ vaunted defenses of the past two seasons.

Coming off of a brilliant senior campaign, Tankersley is now preparing to make the transition to the NFL. Currently slated by most draft pundits as a late-first to early-second round prospect, Tankersley gradually ascended draft boards as an upperclassman by continuing to produce quality performance after quality performance.

Perhaps the best pass-disruptor in this year’s defensive back class, Tankersley made a name for himself at Clemson primarily through his plays on the ball. It is no accident that he led the Tigers in pass deflections each of his two seasons as a starter, batting down 11 total both of those years. At 6-1 and 200 pounds, Tankersley boasts the ideal combination of speed and strength that is befitting of an NFL cornerback, much like his knack for finding the ball in the air.

With nine interceptions over the course of the 2015 and 2016 seasons, Tankersley proved to be one of the ACC’s leading ball hawks in that span of time. Furthermore, his propensity for producing game-changing plays in the clutch is what ultimately led him to twice being named to the All-ACC team.

True to form, Tankersley’s defining performance at Clemson occurred in a pressure-packed situation that was similar to what the defensive back can expect to regularly be a part of life in the NFL. Under the bright lights at the ACC Championship Game last December, Tankersley contained future NFL wideout Isaiah Ford of Virginia Tech like few college corners could and corralled two interceptions in the process, including a game-sealing pick that put an end to a late Hokies comeback.

Chosen as a First-Team All-American by USA Today, in addition to receiving recognition as semifinalist for the prestigious Jim Thorpe and Chuck Bednarik awards, Tankersley made an impact on a national level as a senior, evincing the full body of work that he had dedicated to the Clemson program. A proficient learner, Tankersley was able to ascend the depth chart as a collegian primarily through his commitment to improving, which drew plenty of praise from the Clemson coaching staff.

Speaking on Tankersley after it was made evident midway through his junior season that he was one of the Tiger defense’s most important players, Clemson defensive coordinator Brent Venables told the media, “His presence and his playmaking ability and how he’s come on has really helped the flexibility of what we’re doing.”

Tankersley is one of the most purely talented defensive backs in this year’s draft, with his athleticism on full display at the NFL Scouting Combine in early March. He wowed with his speed, agility and aforementioned great hands. He ran a 4.40 40-yard dash, which tied for the fastest among defensive backs standing at 6-1 or taller and was the fifth-fastest time of any defensive back. Tankersley also clocked in with an equally impressive seven-second time in the three-cone drill.

Regardless of his draft position, Tankersley is certainly capable of making an impact from the get-go at the next level. Reminiscent of a young Aqib Talib on the field, his intangibles and lockdown coverage capabilities make him the perfect candidate for any NFL team in need of a cornerback who can provide solid coverage, no matter the matchup. A highly skilled commodity in the secondary, Cordrea Tankersley was a lynchpin of the Clemson defense for the past two seasons and could very well seamlessly transition to the next level with that reputation still intact.