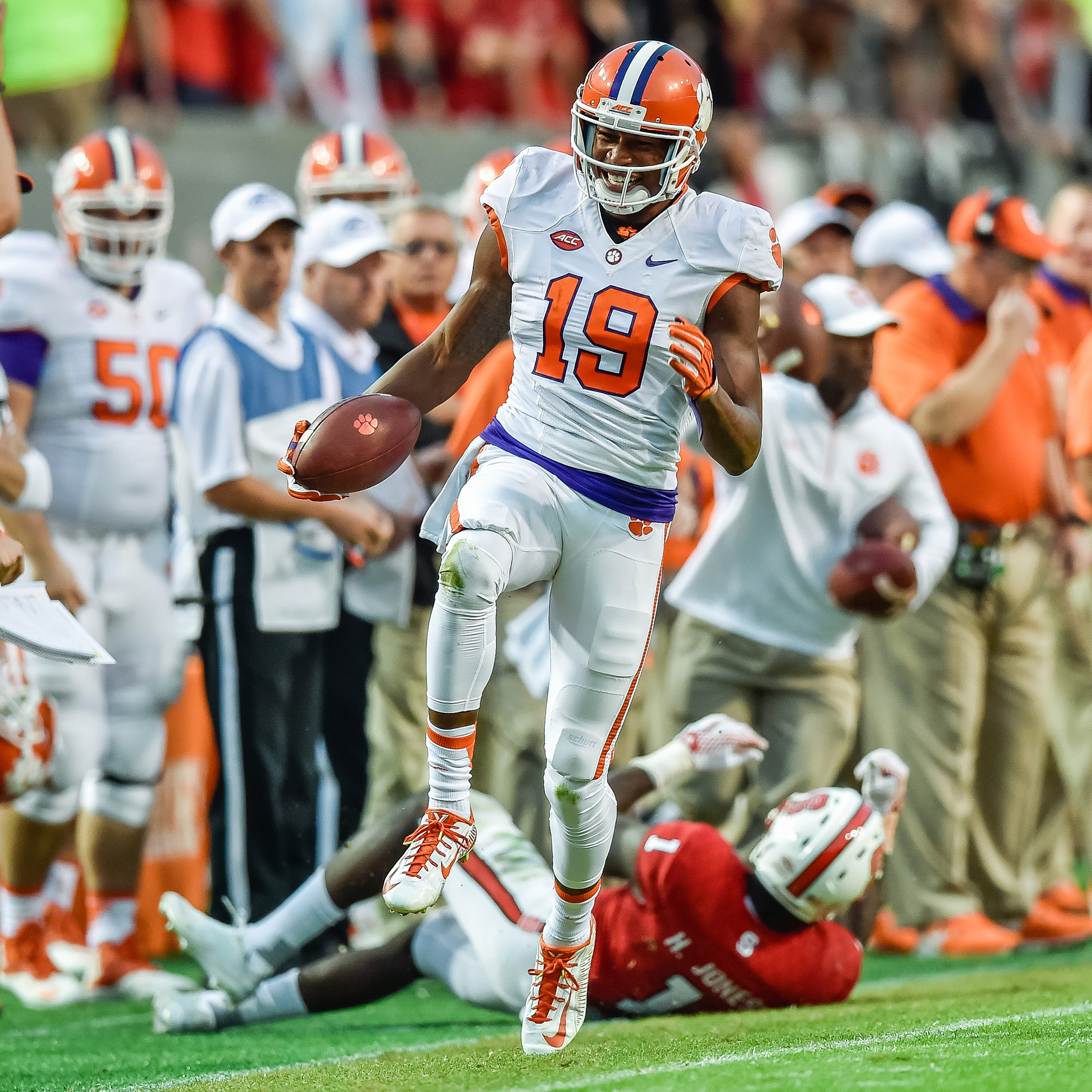 Wide receiver Charone Peake was a valuable member of the Clemson offense this past season, stepping up in a major way following Mike Williams’ season-ending injury in the opening game. Hauling in 50 catches for over 700 yards in 2015, Peake made a name for himself as a redshirt senior. Now, Peake is looking to make a splash in the NFL, something Clemson receivers frequently do.

Peake never garnered the spotlight at Clemson, which was a result of both untimely injuries and depth at the wide receiver position that the Tigers boasted throughout his tenure. The lone player from this past season to have also been a member of Clemson’s 2011 ACC Championship team, Peake paid his dues as a Tiger.

A former standout at Dorman High School, Peake helped lead his team to the state championship game as a senior and was named a finalist for the prestigious Mr. Football award.

As a Tiger, Peake appeared to be coming into his own at the end of his sophomore campaign, but a devastating ACL injury suffered in practice early in his junior year proved to be a setback. Receiving a medical redshirt due to the torn knee ligament, Peake used that extra season to his advantage. His redshirt senior year was definitely his best and brightest.

Because of Peake’s incomplete window of success in college, he is not considered a prominent member of this year’s wide receiver draft class, but, like he has always done, Peake is already proving doubters wrong and making it known that he is a special talent.

After showing out at practices for the Senior Bowl in late January, Peake caught the eye of several NFL Draft experts, going from a virtual unknown on the national scale to being considered a “late third day guy” by ESPN draft pundit Mel Kiper. From there, Peake has continued to improve his draft stock, earning a reputation as an excellent route-runner at pre-draft workouts. In addition, his spectacular 4.37 40-yard dash time at Clemson’s Pro Day turned some heads, specifically those of NFL scouts.

Boasting the speed he does at 6-3, 215 pounds, Peake physically resembles Houston Texans great Andre Johnson. On top of his physical attributes, Peake’s history of overcoming adversity proves that he is capable of overachieving at the professional level. Considering Antonio Brown, the top receiver in the NFL, was drafted in the sixth round, Peake should not let his draft projection of being a “late third day guy” worry him because, if the noise he has made in pre-draft exercises is any indication, he will be able to make a serious impact in training camp this summer.

With blazing speed and an imposing stature, Peake is a natural target downfield, and his immense talent should not be overlooked. Clemson has gained a reputation in recent years as being “Wide Receiver U.” Regardless of what round Peake has his name called in next month’s draft, expect him to substantiate that illustrious reputation as the latest in a long line of Tiger wideouts on the next level.