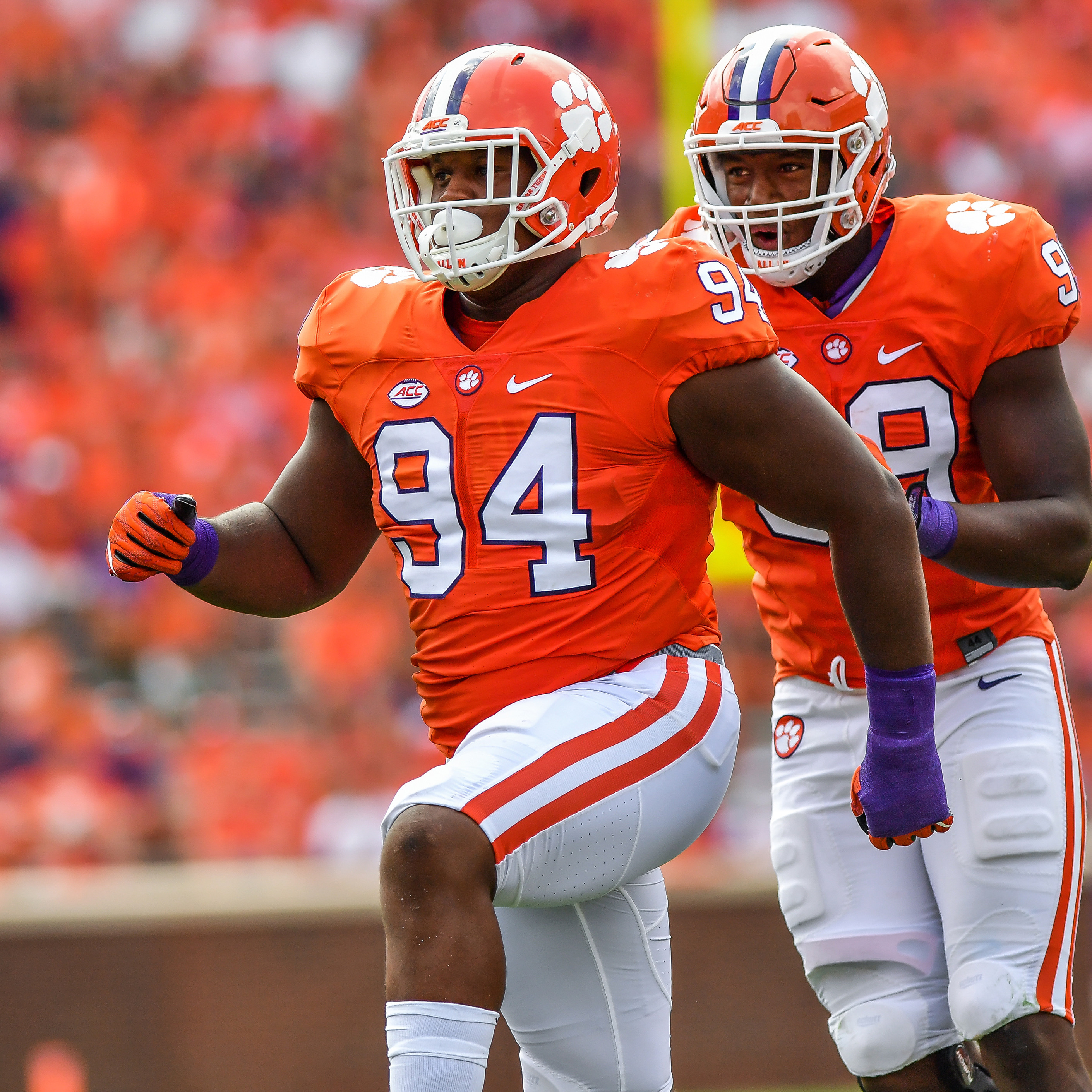 The Clemson Tigers have boasted arguably the most talented defensive line in all of college football each of the past two seasons, and defensive tackle Carlos Watkins was an integral reason why. A mountain of a man with impeccable athleticism, the 6-3, 305-pound Watkins is a certified run-stopper, consistently plugging up the middle for the Tigers throughout his career. After an illustrious career with Clemson, Watkins is now transitioning to the NFL and, as a prototypical defensive tackle, has been attracting plenty of attention as the 2017 draft nears.

Having already met with several interested NFL teams throughout the pre-draft process, Watkins has gradually ascended draft boards over the course of the past year, showing out from start to finish in his redshirt senior season this past fall, as his veteran leadership and imposing presence on the defensive line was a primary factor behind Clemson’s success. He led the team in both sacks and tackles for loss in 2016, a highly impressive feat, considering the surplus of talent boasted by Clemson’s starting front seven, and was named a Second-Team All-American by the Associated Press as a result.

A defensive captain this past season, Watkins made quite the impact in his two years as a regular starter, supported by two consecutive years on the All-ACC First Team. Watkins consistently impressed with his high-octane style of play, frequently disrupting opposing backfields and making impact play after impact play. From clutch blocked kicks to crucial turnover accruals to game-changing tackles for loss, Watkins developed a reputation as a premier playmaker during the course of his Clemson career. While Watkins’ signature moment occurred in the now-legendary clash with Notre Dame in 2015, when he made a game-winning tackle on a Fighting Irish two-point conversion attempt, he made several plays of a similar caliber time and time again during his two seasons in the starting lineup.

Hailing from Forest City, N.C., he attended Chase High School, the alma mater of former Clemson greats Chuck and Rod McSwain. Watkins has a glowing reputation in his local community that is a testament to his character and leadership qualities. In the wake of his championship-winning senior campaign, Watkins was awarded with the key to the city by the Forest City mayor. Similarly, Dabo Swinney recognized Watkins’ valuable role on the Clemson defense by awarding him the key to being a pivotal leader for the Clemson defense this past season, earning Watkins praise from the head coach in the process.

“He’s gotten so much better as far as how prepares, as well as his discipline and technique,” Swinney told reporters this past season while discussing the career progression of Watkins. “I think he has the potential to be an early-round pick.”

That potential has certainly come to fruition over the course of this offseason, with Swinney’s predilection becoming reality. Watkins is indeed widely considered a late-first to late-second round draft prospect by NFL Draft pundits.

A Senior Bowl participant, Watkins put forth an impressive showing in front of scouts at the practices leading up to the college all-star game and carried that momentum forward into his workouts at the NFL Scouting Combine and Clemson’s Pro Day. With an impressive 25 bench press reps at the Combine, Watkins showcased his strength, which corresponds well with his athleticism to make him a force to be reckoned with on the defensive line.

While statistics certainly do not tell the whole story as it relates to Carlos Watkins’ highly successful Clemson career, one statistic in particular paints a fairly vivid picture of all that he brought to the table as a mainstay on the defensive line. The 10.5 sacks accrued by Watkins as a senior were the most ever collected by a Clemson defensive tackle in a single season, breaking the previous record of 10 held by Tiger legends Michael Dean Perry, William “The Refrigerator” Perry and Jim Stuckey. Needless to say, that is fine company for Watkins to be associated with.

Watkins surprised many by turning down the opportunity at hearing his name called fairly early in the 2016 draft, choosing instead to finish what he started at Clemson and return for his senior campaign to serve as the veteran voice on what was arguably the most talented defensive front in college football this past season. That decision proved to be wise, as the valuable experience and plethora of successes that Watkins was a part of in 2016 have assuredly better prepared him for what looks to be a rather fruitful NFL career.