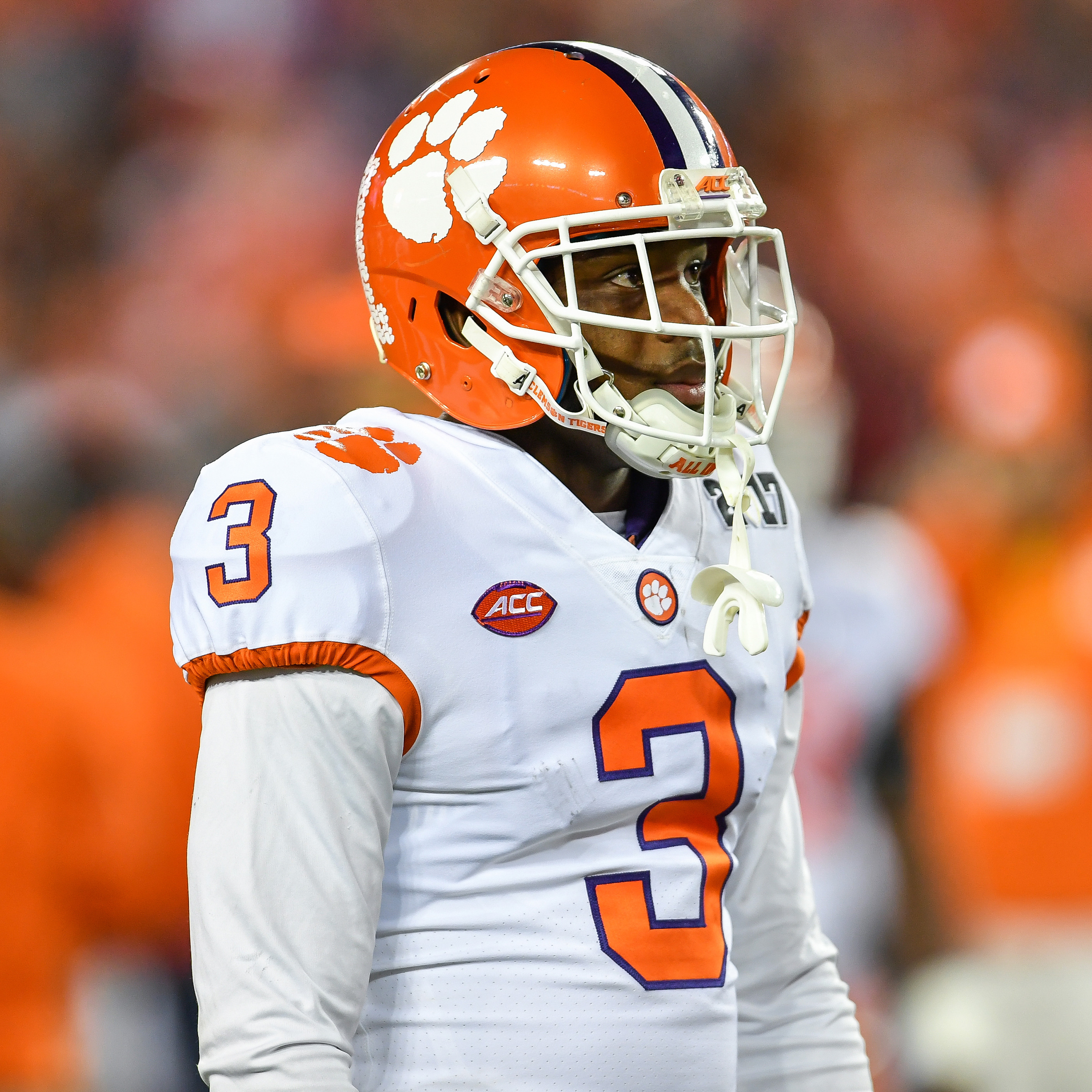 It’s no secret that the Clemson football program has an illustrious, decorated history at the wide receiver position. Staying true to that trend, Artavis Scott quickly made it known that he was the next name to be added to the list of all-time great Clemson wideouts from the onset of his freshman season.

A native of Clearwater, Fla., and a graduate of East Lake High School, Scott allowed his flashy playmaking ability to speak volumes on his football prowess throughout his time with the Tigers. At Clemson, the 5-10, 190-pound receiver often played well beyond his size in all facets of his game, as his physical, tenacious playing style made for an abundance of game-changing plays.

From his iconic 70-yard burst for the end zone on a shovel pass against South Carolina as a freshman to his memorable tackle-shedding score that set the tone for the Tigers against Notre Dame his sophomore year, Scott produced impact play after impact play in pivotal games. Now looking to translate that ability to perform in the clutch to the professional level, Scott has showcased his broad array of skills throughout the pre-draft process.

Scott became the first third-year junior to ever play in the Senior Bowl in January, as the prestigious college All-Star game is typically reserved for seniors and a select group of prominent redshirt juniors. However, Scott, who graduated from Clemson in three years after enrolling in January 2014, was rewarded for his astute work ethic both on the field and in the classroom.

Performing at a high level with NFL scouts in attendance at the practices leading up to the Senior Bowl and turning heads with his impressive blocking ability on special teams throughout the game itself, Scott fared well at the Senior Bowl and carried that quality showing over into his pre-draft workouts. He displayed his reliable hands at the NFL Scouting Combine and recorded some impressive figures in the drills at Clemson’s Pro Day last week, which included a 4.57 time in the 40-yard dash.

Intangibles are not Scott’s calling card, however, as his on-field acumen is what has him poised to be a successful slot receiver early on in his NFL career. Merely a result of the abundance of targets at quarterback Deshaun Watson’s disposal, Scott’s stats from this past fall do not sufficiently dictate all that he brought to the table in the Tigers’ national championship-winning season. Always playing beyond his size, Scott is a fearless blocker, often helping create space for his fellow receivers downfield with his physical blocking style, which was put on full display in the game-winning touchdown in January’s national title game.

One statistic that is in fact a fair indicator of Scott’s abilities is his career receptions total compiled at Clemson, with his 245 catches collected in only three seasons serving as the all-time leading total in program history. Also sporting a program record of playing in 38 consecutive games with a catch to his name, Scott was as reliable as any player, earning All-ACC honors each of his three seasons.

A freshman All-American, Scott had a major hand in ushering in the Watson era at Clemson, with his 76 catches as a freshman in 2014 making him the phenom’s top target, a trend that continued the following year when Scott corralled 93 receptions for 901 yards and six touchdowns. It is no small feat to lead the program affectionately known as “Wide Receiver U” in receptions for two consecutive years, let alone when it is done during a player’s first two seasons. But for Scott, taking charge and leading by example has been his modus operandi since arriving on campus, and his role in Clemson’s two straight appearances in the national title game should be not be undermined.

Like his playing style, Scott’s current situation is reminiscent to that of All-Pro receiver Antonio Brown of the Pittsburgh Steelers, as the undersized wideout’s physical attributes hindered his draft stock coming out of Central Michigan, despite the fact that his collegiate accomplishments were as impressive as any other pass catcher in his draft class. Picked in the sixth round of the 2010 draft, Brown quickly outplayed his draft spot, progressing from a stellar slot receiver to one of the NFL’s best pass catchers.

Scott, therefore, could use Brown’s career ascension as motivation. Although his size, speed and strength are not the best measurable among his wide receiver peers, Scott boasts a diverse range of on-field skills that should make him a hot commodity at the professional level. With NFL-caliber hands, route-running abilities and kick and punt returning skills, Scott is more than just a run-of-the-mill slot receiver. With the heart of a lion, Scott has never shied away from a challenge, often performing his best when his team has needed him most. His 77-yard game-changing kickoff return in the thrilling win over Louisville in October serves as a shining example.

Artavis Scott did everything asked of him and then some while a Tiger, and his Clemson legacy will forever be one of triumph because of it. Continuing to pave his own way, he will now begin the process of building the foundation for his NFL path. Brick by brick and game by game, Scott, a model of consistency, will look to make his mark in the professional ranks with reliable play in every aspect of his game, and, based upon his Clemson career, that approach to playing the game of football should be worth its weight in gold and should continue to pay dividends for years to come. 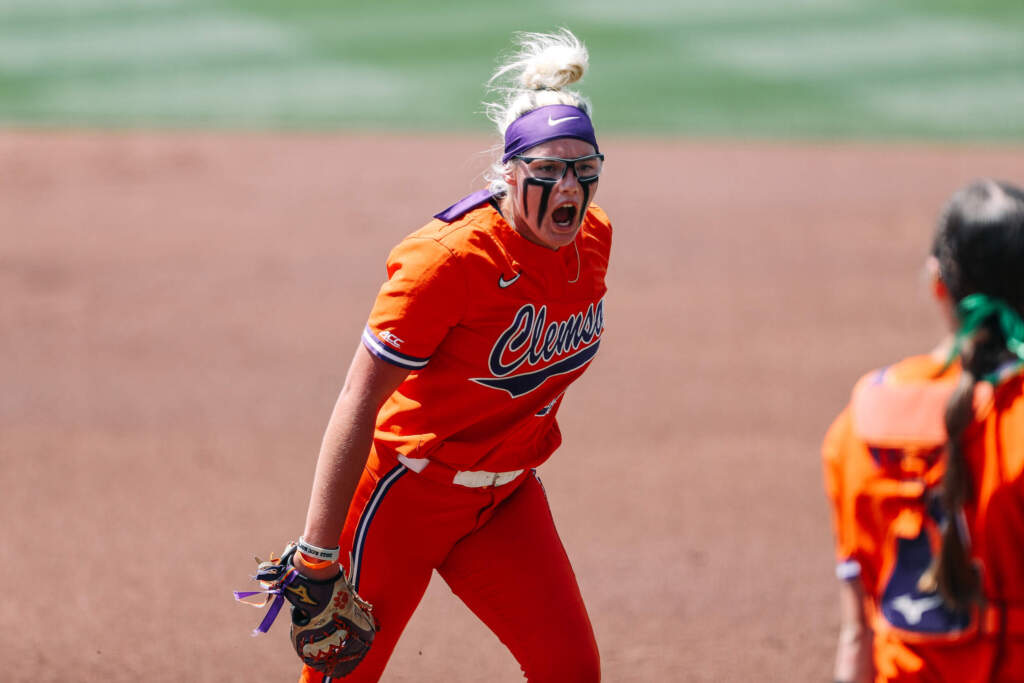