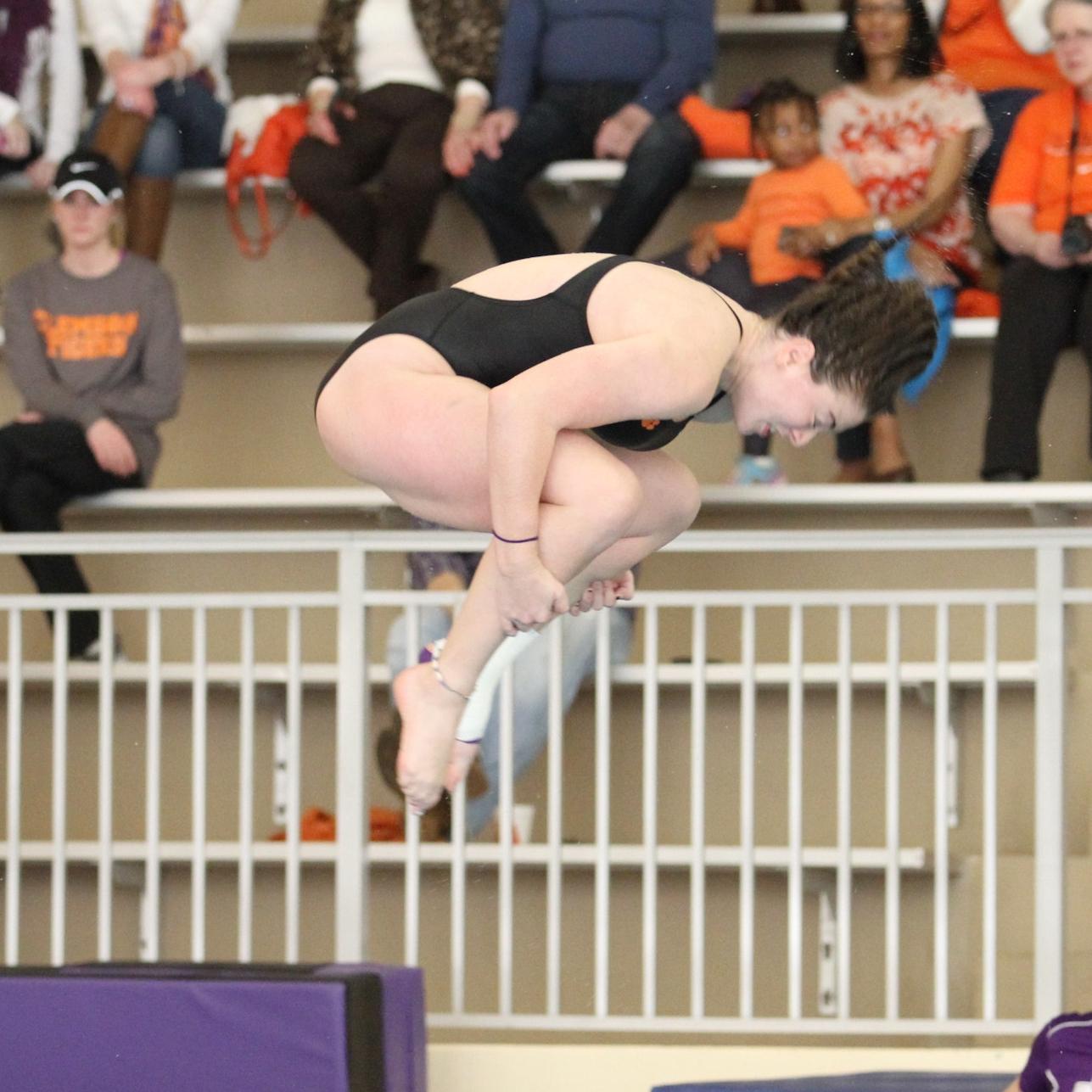 Doolittle won the platform and became the first Tiger to qualify for the NCAA Zone meet in the event this season, posting a score of 225.10. Senior Emily Yoder and freshman Allison Brophy placed fourth and fifth in the event finishing with scores of 191.90 and 167.70, respectively.

Freshman Hannah Donovan finished third in the one-meter and scored a 265.15 in her preliminary round to become the first Tiger freshman to qualify for zones in any event this season. Brophy, Doolittle and Lacie Cauffman finished fifth, sixth, and seventh, respectively, in the event.

Donovan also qualified for zones in the three-meter, posting a 290.30 in the final round to claim third place overall.  Doolittle, Brophy and Cauffman also finished in the top-eight of the three-meter event for the Tigers.

At the Georgia Tech Invitational, sophomore Sarah Braun’s preliminary score of 270.90 in the one-meter placed her in the event finals, where she finished tenth overall.  Her score was an NCAA Zone qualifying score. Junior Juliana Melchionda narrowly missed qualifying for the final round after scoring a 259.25 to claim 13th place overall.

In the platform event in Atlanta, sophomore Danielle Reitsma led all Tiger divers with a 217.90 to finish in eighth place. Braun rounded out the top 10 in the event after posting a 210.05.

The Tigers have concluded their competitions for the 2014 calendar year, and will hold their winter training trip before opening 2015 with the Tennessee Diving Invitational on Jan. 3-5 in Knoxville.