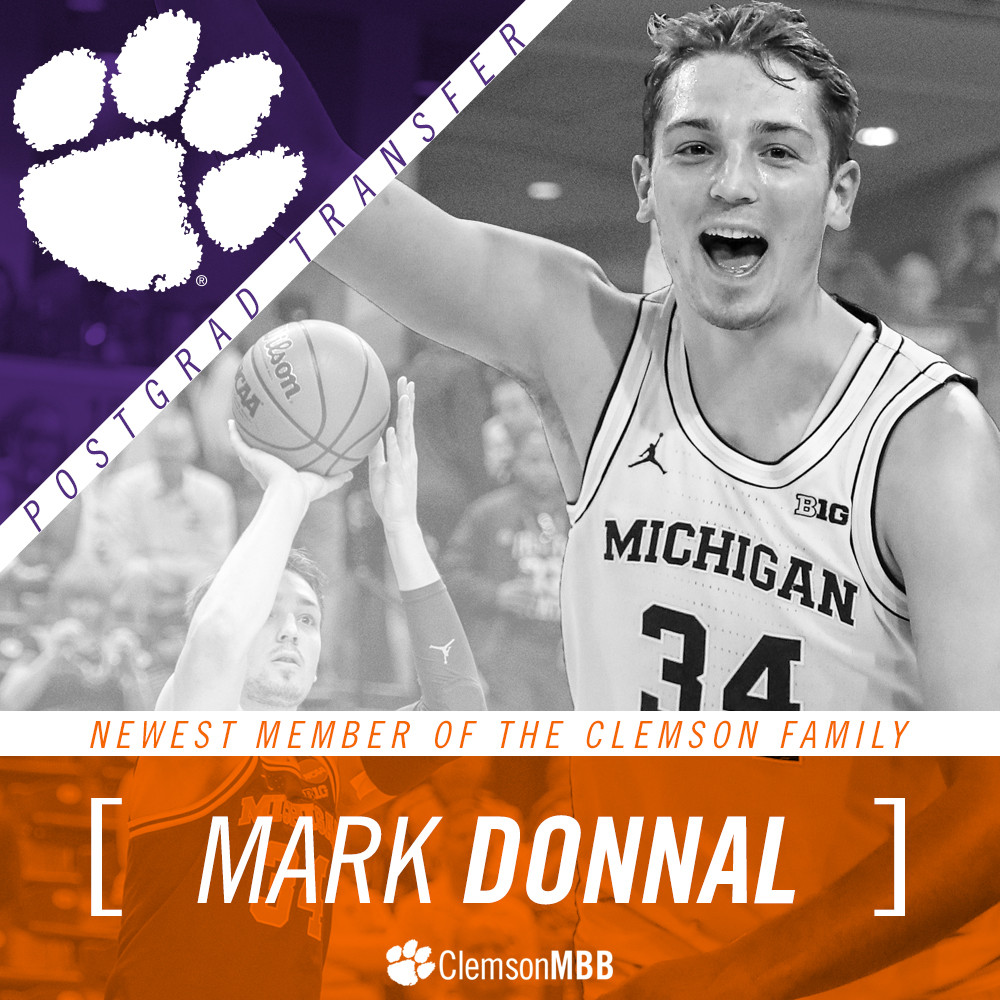 CLEMSON, S.C. — University of Michigan graduate Mark Donnal has signed a financial aid agreement to compete for Clemson in 2017-18. Donnal, who appeared in 101 games over three seasons with the Wolverines, was announced Tuesday by head coach Brad Brownell as the newest member of the men’s basketball program.

“We’re excited to add Mark to our basketball family,” Brownell said. “He’s a skilled post player with great experience from a winning Big Ten program. He has a rare combination of physical toughness and three-point shooting ability you don’t typically see from players his size. He will add depth and versatility to our frontcourt.”

Donnal tallied 512 points and 265 rebounds for John Beilein’s program, helping Michigan to a pair of NCAA Tournament berths, and a Big Ten Tournament title and Sweet 16 appearance in 2016-17. As a redshirt sophomore in 2015-16, Donnal averaged 7.8 points per game and started 25 games. He shot 57 percent from the floor over his career and 74 percent at the free throw line.

“I know Clemson wanted to add a post player, and I was comfortable with the coaching staff and their vision of me within their system,” Donnal said. “I was looking to play against the best competition, and there’s no better place for that than the ACC. I thought Clemson was the best fit for me as I continue to elevate my game to the next level and help the Tigers make it to the NCAA Tournament.”