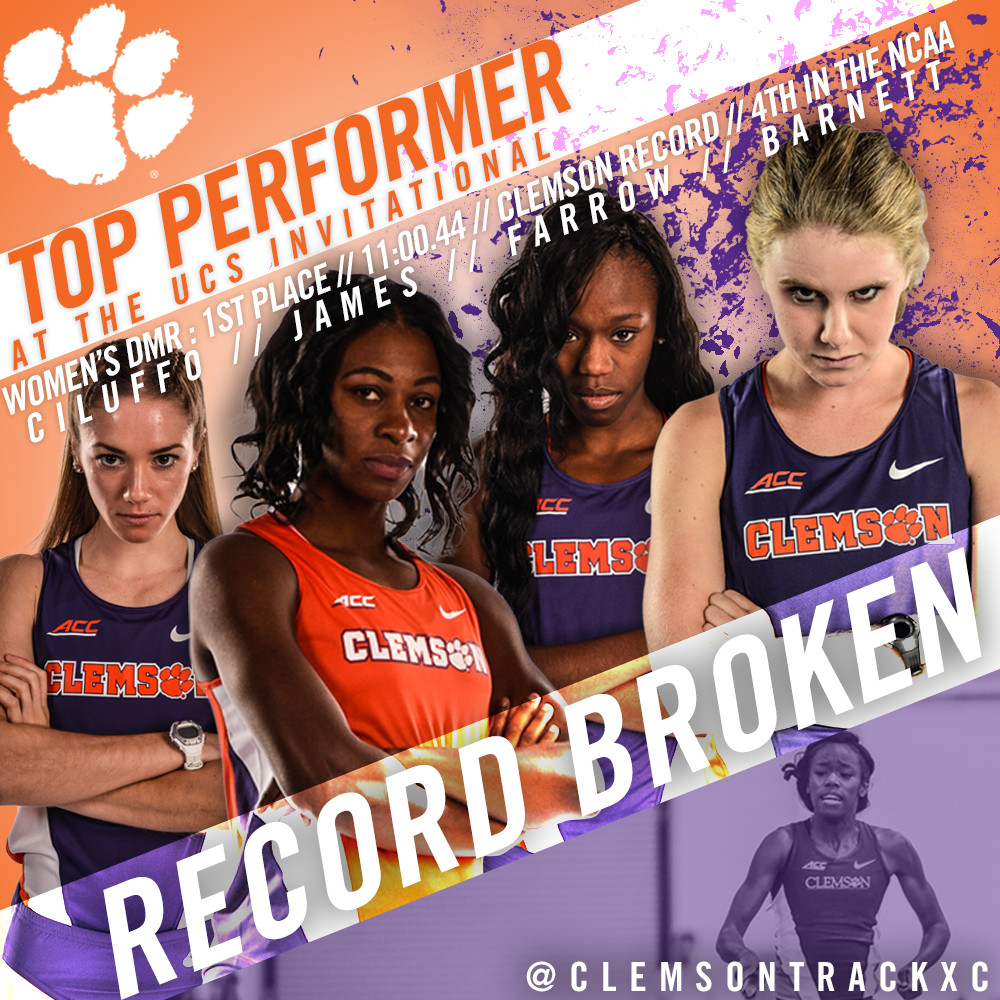 WINSTON-SALEM, N.C. – The Clemson women’s track and field program accomplished exactly what it wanted to at the JDL Fast Track on Saturday afternoon. The Tigers walked away with the fourth fastest distance medley relay time in the country and broke the third Clemson record of 2016.

Kaley Ciluffo, Olivia James, Ersula Farrow and Grace Barnett broke the record program record with their time of 11:00.44 by seven-seconds. Barnett was part of the previous record as she anchored Natoya Goule, Nia Fluker and Briana Blanton to a time of 11:07.83 in 2015.

The effort is Clemson’s third broken record of 2016 as Barnett and Shai Carpenter each claimed all-time best marks earlier this season. The men’s indoor triple jump record was the first to fall when Carpenter leaped 52-6, becoming the first Tiger to jump 16 meters.

One week later, Barnett blew away a 30-year old record when she completed the mile in 4:37.32 to win the Charlie Thomas Invitational. The time was just .03-seconds off the meet record and was a four-second personal best.

The women’s track and field team will fight to defend its back-to-back ACC Championships next weekend at the Reggie Lewis Center in Boston, Massachusetts from Thursday, February 25 through Saturday, February 27.