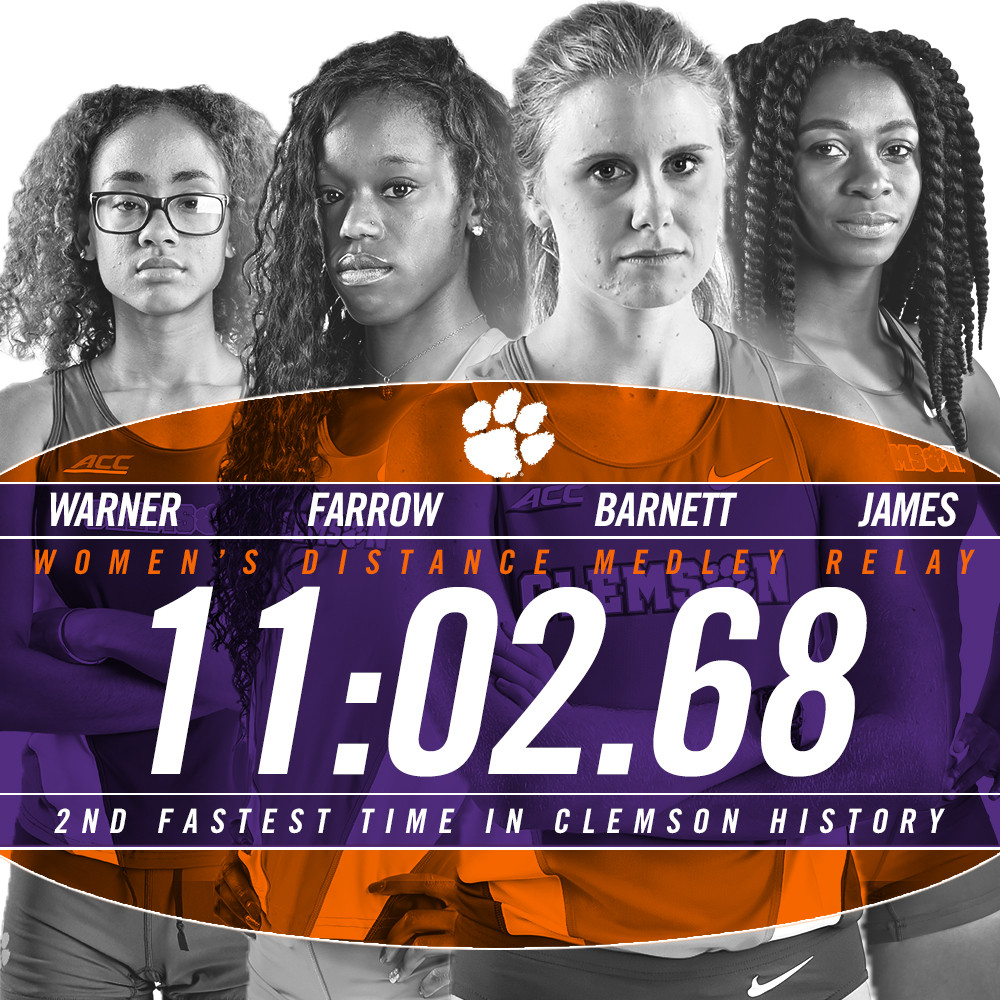 Ersula Farrow, Olivia James, Lakeisha Warner and Grace Barnett looked to repeat Clemson’s ACC Championship in the women’s distance medley relay and finished with the second fastest time in program history. However, Farrow was tripped in a battle for control of first place resulting in a tight finish decided by .36 seconds as Clemson claimed second behind Notre Dame at 11:02.68. The time is six seconds faster than Clemson’s championship time a year ago and it ranks the Tigers 11th in the nation.

The men’s distance medley relay team followed the women’s race with a gutsy performance of its own to claim the program record in the event. John Lewis, Jeffrey Green, Terrell Jackson and Mpho Makofane combined for a time of 9:40.85 to break a record the Tigers set last season. The time was good enough for fifth place overall.

Majayla Holland moved up Clemson’s list of all-time top performers in the weight throw as she threw 54-3.75 to place ninth in program history. She was just shy of scoring in her first ACC Championship as she took 10th overall.