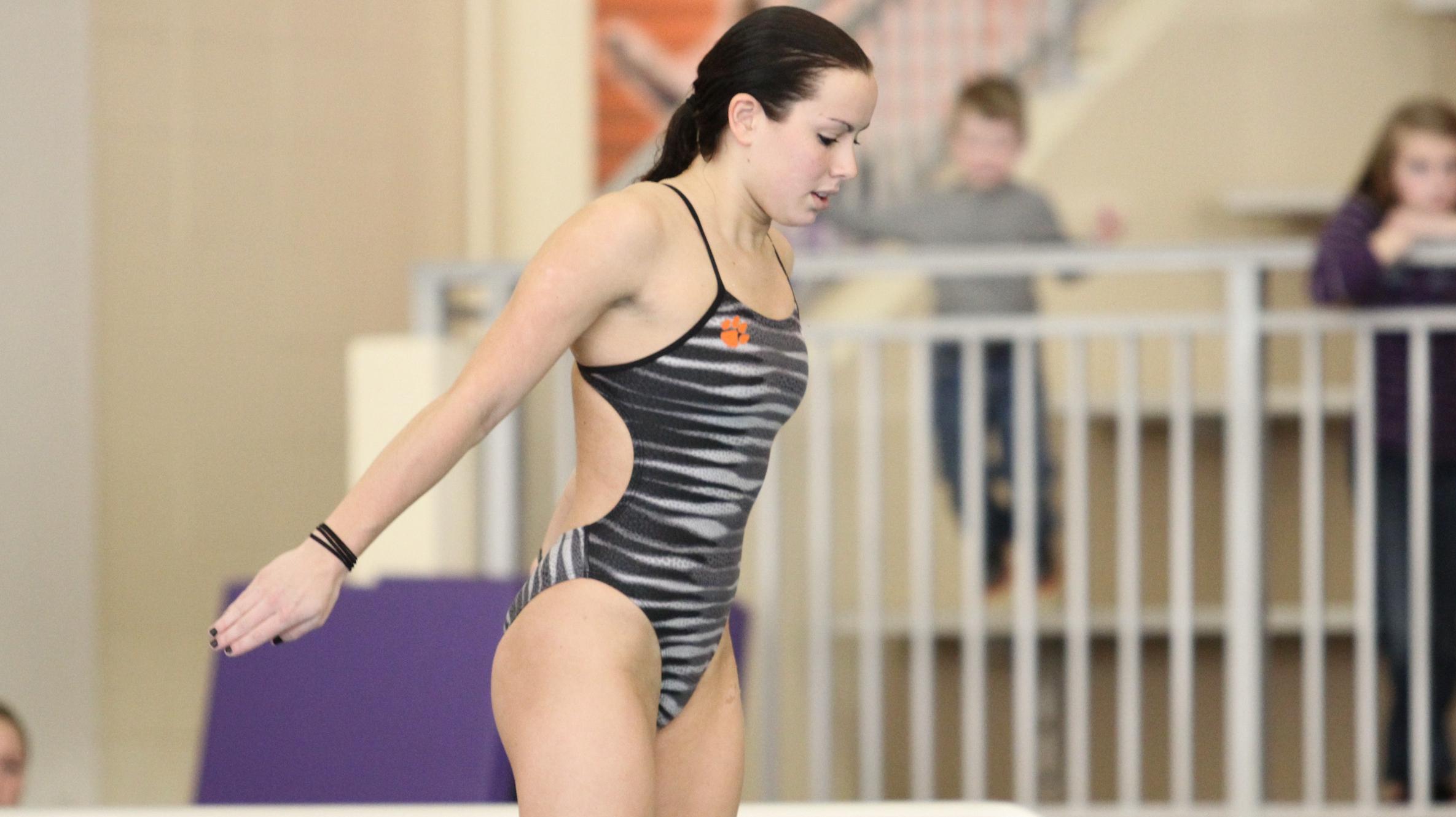 Juliana Melchionda led the Tigers in the three-meter diving finishing in 17th out of 41 divers with a score of 287.55, her second-highest three-meter score of the season. Her 17th-place finish is four spots higher than her ACC three-meter finish from a year ago while she improved her score over 45 points from last season.

Chelsea Uranaka recorded the second-highest Clemson finish of the day coming in 19th with a score of 278.25, improving her 2013 ACC score by nearly 17 points. Senior Emily Howard finished 22nd after totaling a score of 277.00. Howard improved her ACC score from last season by nearly 20 points. Melchionda, Uranaka and Howard each scored points for the Tigers by virtue of finishing in the top 24 of the prelims.

Freshman Sarah Braun recorded a score of 263.70, her third highest three-meter mark of the year, to finish 25th overall.

Kaylea Arnett of Virginia recorded the highest score for the second straight scoring a 360.10. Miami and Florida State each sent three divers to the finals while Virginia Tech sent two.