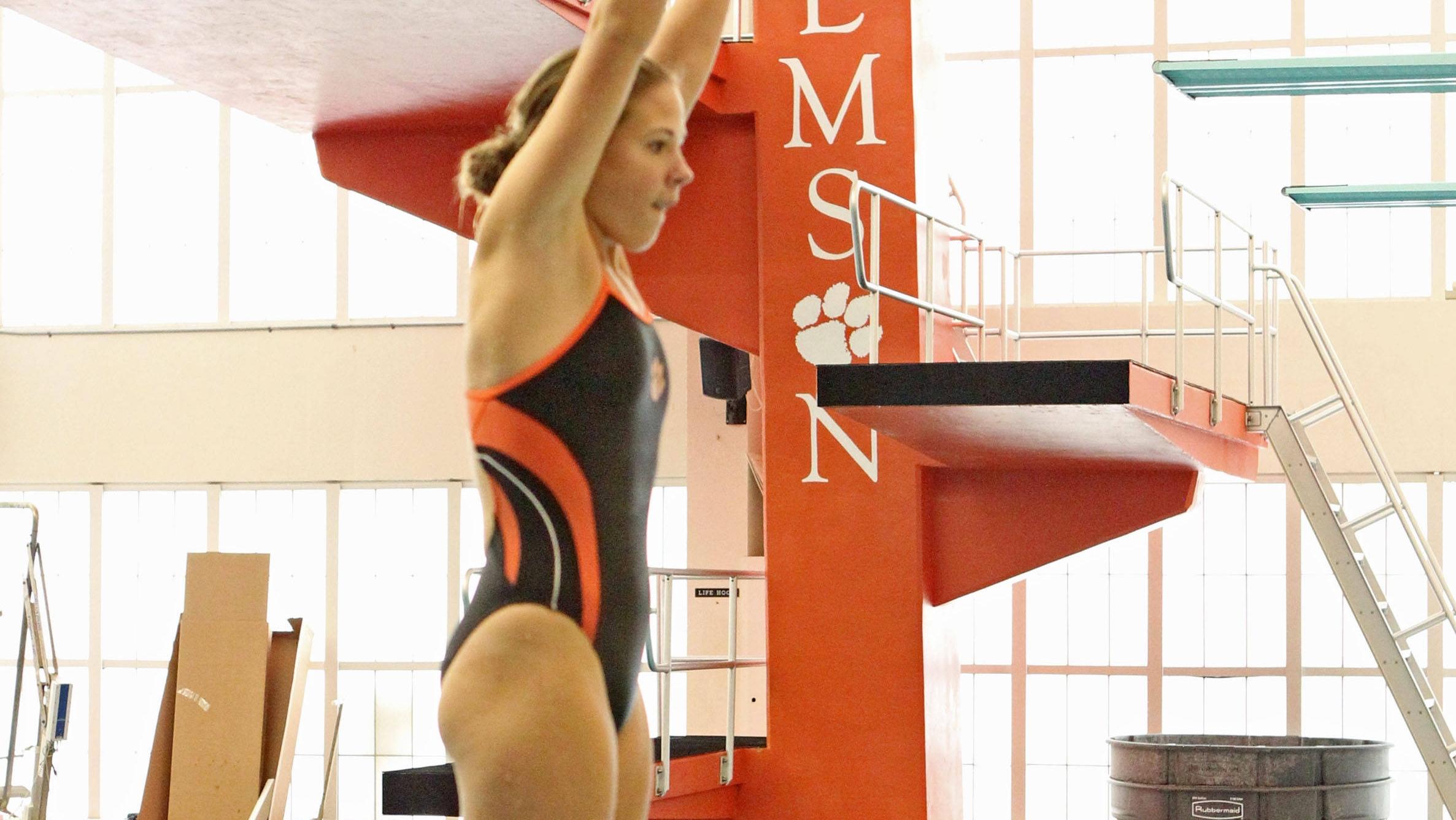 Diving to Hold Exhibition on Friday

CLEMSON, SC – The Clemson diving program will be holding an exhibition for fans on Friday, October 19 at McHugh Natatorium. The event will begin at 6:30 p.m. and represents the first chance for the Tiger faithful to see the new program in action at its revamped facility as a part of a jam-packed weekend in sports on campus.

“I highly encourage everyone to come out and watch the diving exhibition,” Head Coach Leslie Hasselbach said. “The audience will get to meet the team, coaches, and support staff.  Also, we will teach the audience “Diving 101″ as the divers will demonstrate the different categories of competitive dives.  We will also entertain the crowd with high flying tricks from the platforms, clown diving, and we will have a featured comedian joining us as well.  It is sure to be fun for the whole family.  You definitely will not want to miss it!”

The Tigers are coming off of their first meet in program history last Friday at Georgia Tech against the Yellow Jackets and the College of Charleston Cougars. In the women’s diving events, the Tigers swept the Cougars 13-0 and fell to the Yellow Jackets 27-13.

“I am extremely proud of our Tiger divers,” Hasselbach said. “From a competitive standpoint, they are right where they need to be this early in our season.  Every one of them stood up and competed.  It was a proud moment as six of our new divers wore the ‘Paw’ in their first ever competition as a Clemson Tiger.”

Admission to Friday’s exhibition is free to the public.