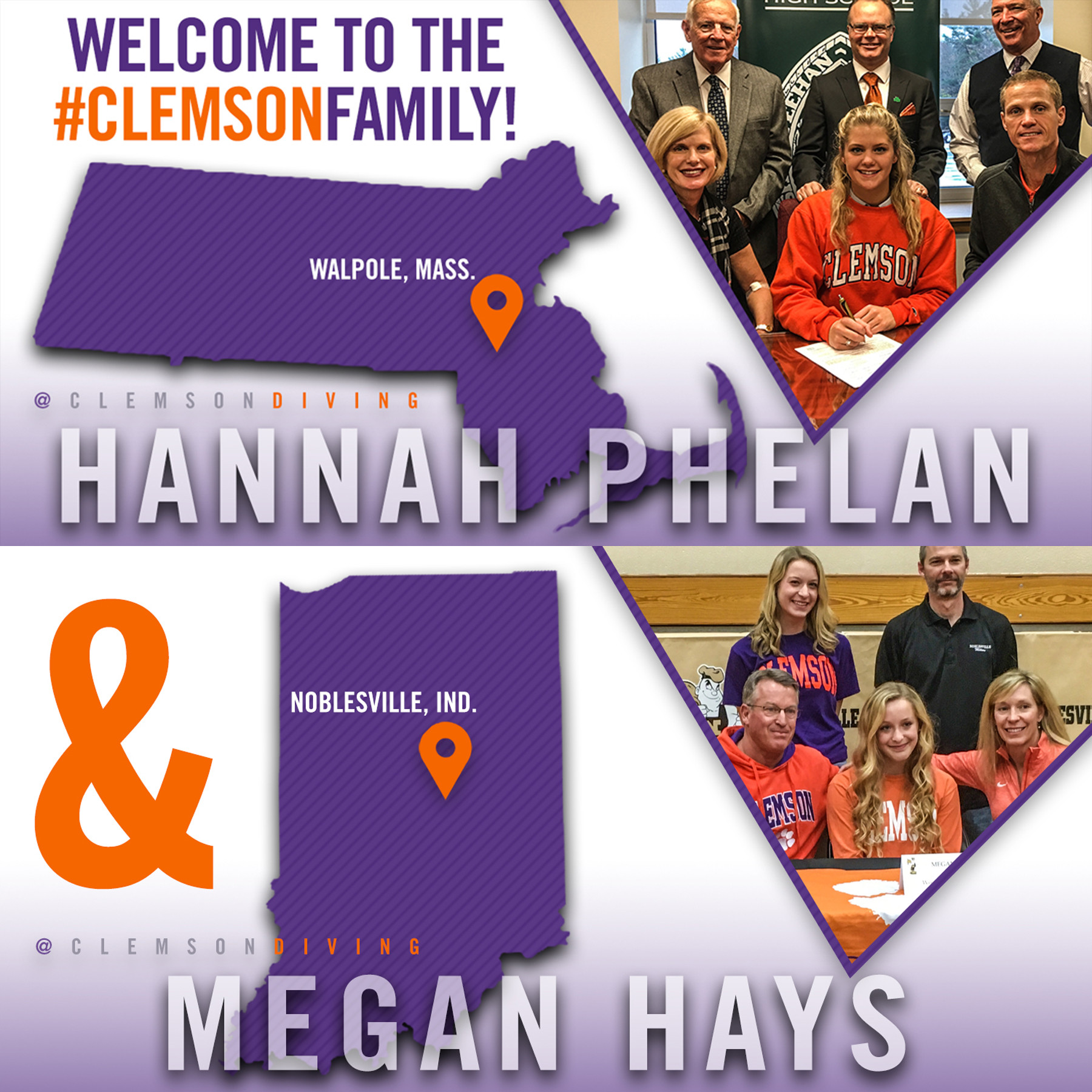 CLEMSON, S.C. – Head Coach Leslie Hasselbach Adams and the Clemson diving program welcomed two new signees over the weekend to the 2016-17 team after receiving National Letters of Intent from both Hannah Phelan (Walpole, Mass.) and Megan Hays (Noblesville, Ind.). The two are the first additions to sign with the Tigers this year.

Academic Area of Interest: Either Communication Studies or Nursing

• Hannah’s father, Gerard Phelan, played football at Boston College and was part of one of the most recognized plays in college football history. In the 1984 Orange Bowl against the then defending champion Miami Hurricanes, Boston College quarterback Doug Flutie fired off a 48-yd “Hail Mary” pass as time expired in a last second effort to win the game. The pass was caught in the endzone for a touchdown, giving Boston College a 47-45 win. The recipient of that pass…Gerard Phelan.

• Mr. Phelan went on to play in the NFL, but his career was cut short due to injury.

• Hannah has an older brother Alex, and an older sister Taylor

• Megan has been diving with her club coach, Sean McCarthy, since she was 12 years old

• Adamant about becoming a part of an academic and athletic program that pushes her to be the best she can be and one that is challenging, yet will ultimately refine her as an individual

• Has played soccer and was involved with ballet for some time, but her passion is water sports. Especially, water skiing, wake boarding, and wake surfing.

• Also enjoys skiing in the winter