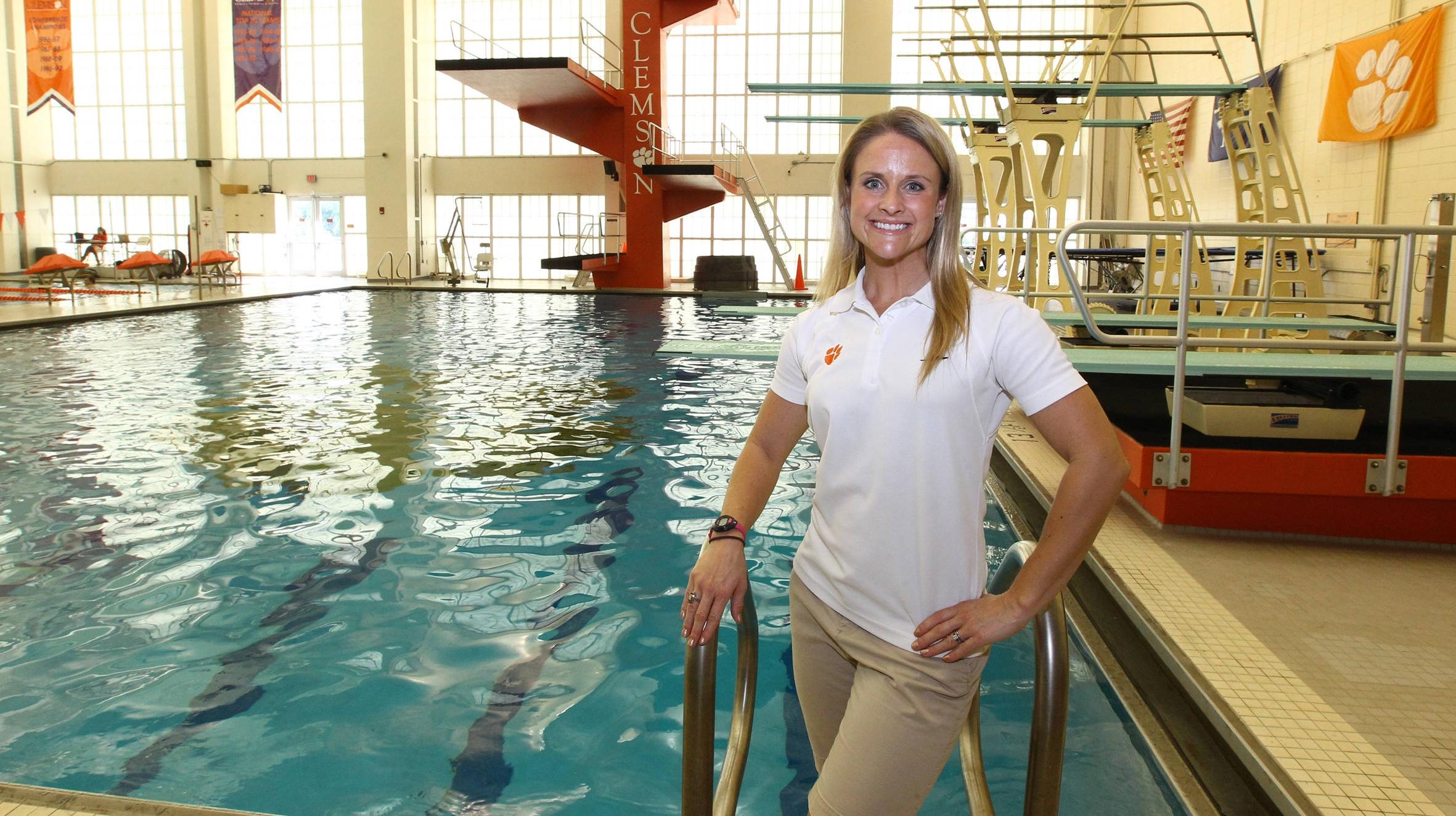 CLEMSON, SC – The Clemson diving program released the first schedule in program history on Thursday. Head Coach Leslie Hasselbach Adams announced the slate, which will include nine events. Among the highlights will be eight meets, including four invitationals in a variety of locations across the country, and a home exhibition on October 19 at 5 p.m. in newly refurbished McHugh Natatorium.

“I am looking forward to getting started with our 2012-2013 meet schedule,” Hasselbach Adams said. “We have added new and exciting competitive diving invitationals to our meet line-up this year. This will allow our divers to compete against divers from schools around the country they have never competed against before in collegiate competition.

“We are also looking forward to showcasing our 2012-13 diving team at the diving exhibition on October 19th. Our 12 ladies will be educating the spectators about the sport of diving and also performing a high-flying, entertaining diving show.  It will be fun for the whole family and you won’t want to miss it! We are looking forward to a very competitive season.”

The first home meet in program history will be held on January 26, when Clemson will host Davidson. It will be the final regular season match of the season.

The Tigers will begin competition on October 13 in Atlanta, GA against Georgia Tech and College of Charleston. Six days later will be the Clemson Diving Exhibition, which will coincide with men’s soccer and volleyball matches later that night.