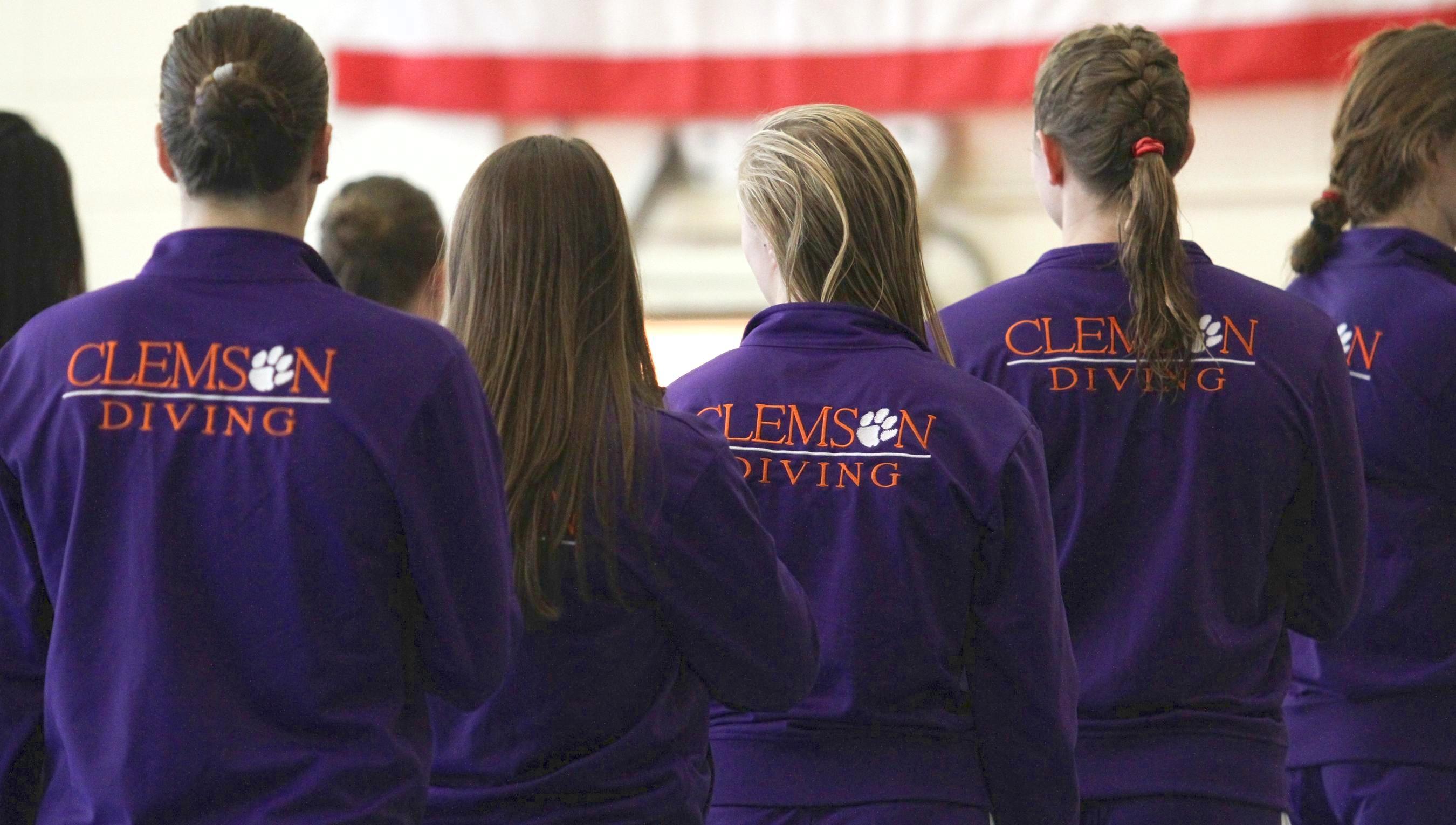 CLEMSON, SC – The Clemson women’s diving team will host the College of Charleston for the second time in three weeks at McHugh Natatorium on Saturday at noon. The first 50 fans will receive a free t-shirt.

The meet will be the Tigers’ third all-time against the College of Charleston in women’s diving with Clemson holding a 2-0 advantage. The last meeting between the two came just two weeks ago on January 18 when Clemson hosted the Cougars and VMI. Tiger divers took first in all three events and top each of the top six spots in the three-meter competition.

In all, six different Tigers have qualified for NCAA Zones in at least one event. In addition to Braun, Helwagen and Reitsma, Emily Howard, Jessica Resler and Chelsea Uranaka have each earned bids to the Zones meet.