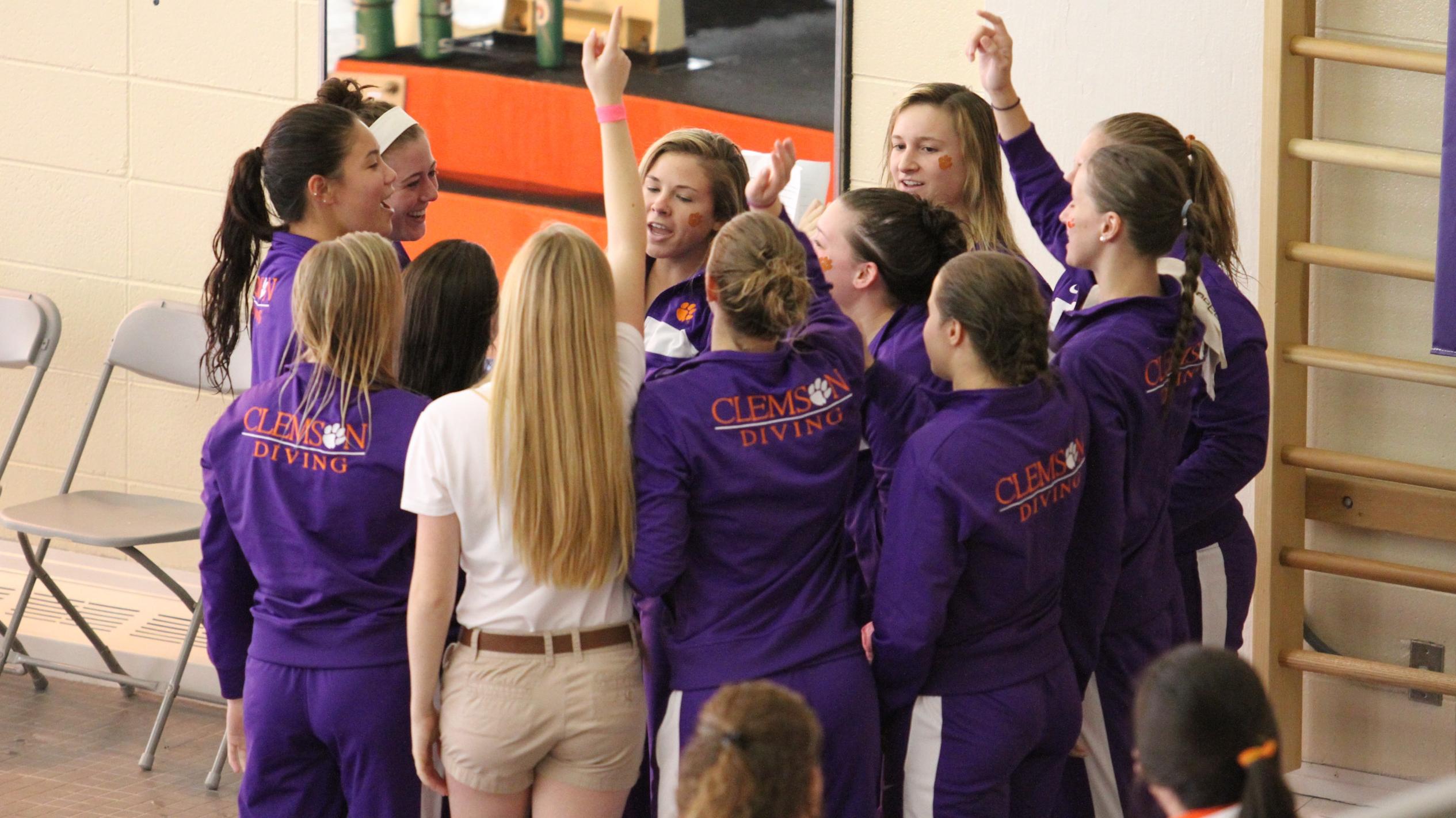 Diving Hosts College of Charleston and Western Kentucky on Saturday

CLEMSON, SC – The Clemson women’s diving team will take on College of Charleston and Western Kentucky on Saturday beginning at 1:30 PM at McHugh Natatorium. The first 50 fans in attendance will receive a free t-shirt.

Saturday’s meet will be the first home meet for the Tigers since the season opener on October 26 when they hosted Georgia Southern and Richmond. The Tigers knocked off both teams in that meet with Tigers taking first in each event. Chelsea Uranaka took first in the three-meter event on that day while Megan Helwagen won the one-meter event.

The Tigers are 5-1 in dual meets this season. In its last dual meet on December 18, Clemson defeated rival South Carolina 25-13 in the first meeting between the two in diving. Uranaka finished first overall in the three-meter competition while Juliana Melchionda finished second in the one-meter dives to lead the Tigers.

In its last outing, Clemson competed in the three-day Georgia Invite in Athens, GA to open the New Year. The field featured strong competition from a number of SEC teams and ACC foe NC State.

Emily Howard finished 19th overall to lead the Tigers in the one-meter dives at the Georgia Invite. Juliana Melchionda led the Tigers with a 21st-place finish in the three-meter event on day two. Jessica Resler wrapped up the weekend finishing 10th overall in the platform event.

Saturday’s meet will also feature the first platform competition in McHugh Natatorium history. The women’s diving team has hosted two home meets since becoming a program in 2012-13 but neither meet included platform diving. Jessica Resler set the Clemson platform record earlier this season with a 234.00 mark in Greensboro, NC and will look to have continued success in that event at her home pool.