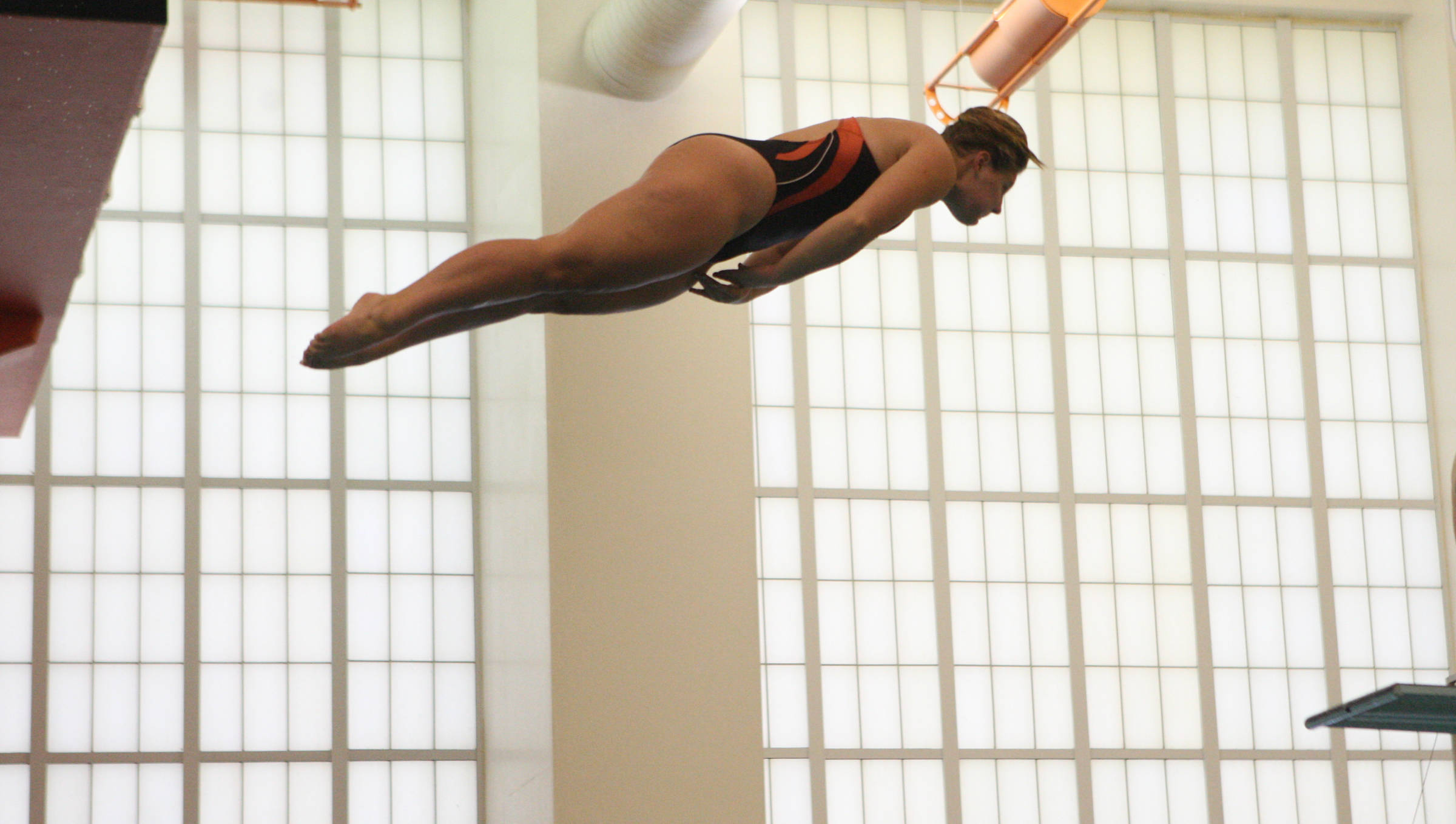 CLEMSON, SC – The Clemson diving program was unveiled to Tiger fans with an exhibition that featured skill and entertainment on Friday night at McHugh Natatorium.

“I was very thrilled with the crowd,” Head Coach Leslie Hasselbach said. “We had a great turnout for the event, even with everything going on around campus. We had a fantastic crowd. I’m very proud of the ladies. We pulled this together, and next year we’ll plan on doing it again bigger and better. Hopefully, we’ll have an even better crowd.”

An energetic audience greeted the 2012 diving squad, the first in school history. Hasselbach Adams emceed the event, which began with an introduction of the student-athletes. Then, each diver demonstrated some of her favorite dives from a variety of heights while Hasselbach Adams explained some of the nuances of each one.

The exhibition also featured a performance from a special guest comedian, who performed a skit while Hasselbach Adams chimed in with comments designed to provoke the man to dive into the McHugh Natatorium pool. The event concluded with a group of divers leaping into the pool while they spelled out “C-L-E-M-S-O-N” to the tune of “Tiger Rag”.

The Tigers will take on South Carolina and Florida on Friday, October 26 in Columbia as Clemson takes the pool for the second time this season.