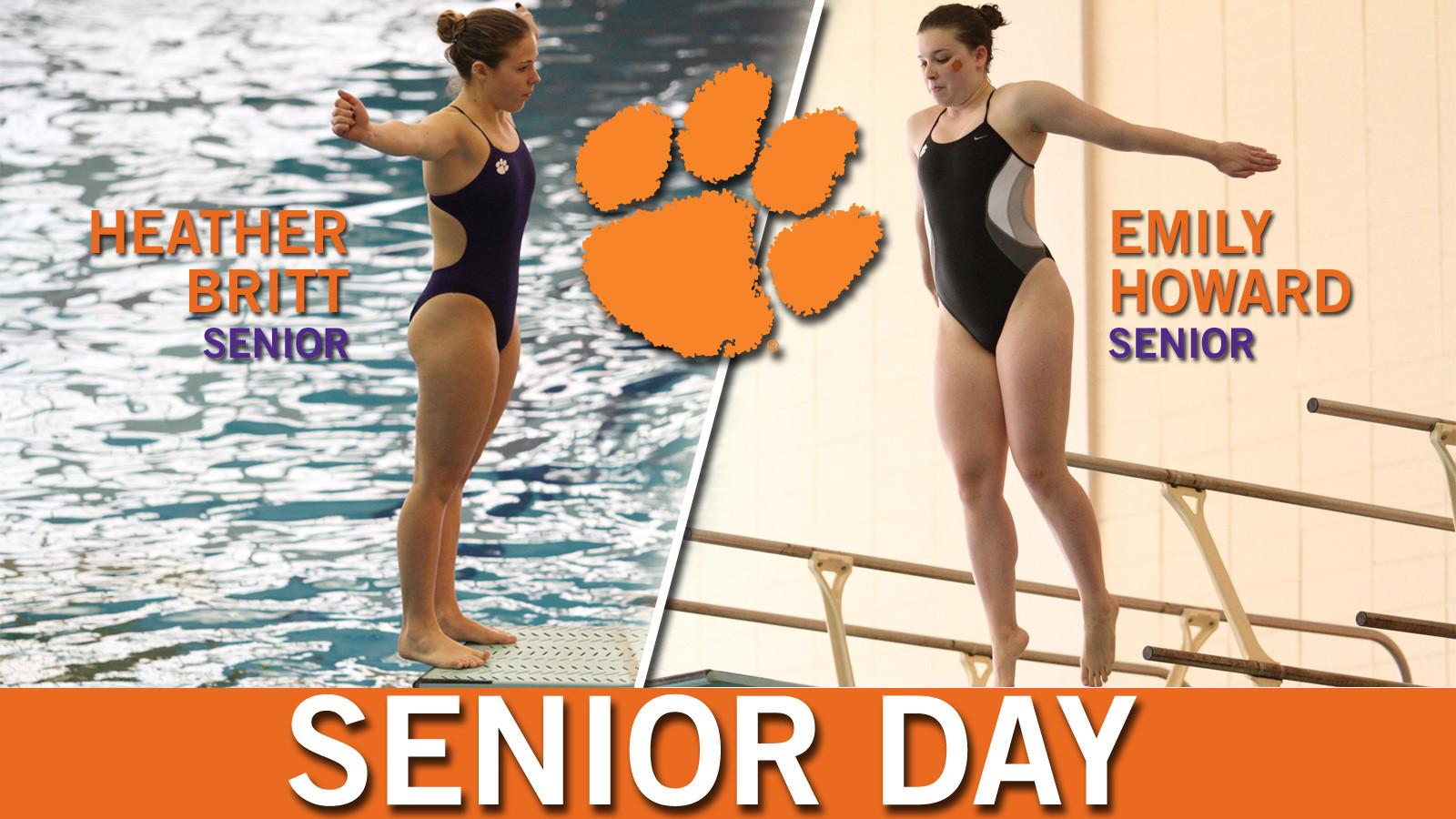 CLEMSON, SC – Tiger seniors Heather Britt and Emily Howard will compete in the final home meet of their careers on Saturday when Clemson hosts Davidson and James Madison at McHugh Natatorium at noon. Both seniors will be honored prior to the meet.

Howard has been the top Tiger diver each of the last two seasons. She currently holds both the one-meter and three-meter school records after a stellar performance in her last meet. She recorded a score of 295.40 in the one-meter dives and followed that up with a 312.30 in the three-meter competition.

Howard led the Tigers in points last season with 61.5 and currently leads the team with 106 points this season. She has finished first overall in seven events over the last two seasons, more than any other Tiger. She competed at the NCAA Zones Competition last season and has already qualified to compete at Zones this season.

The Tigers are 8-1-1 in dual meets this season, including a 5-0 mark at home. Clemson is 2-0 all-time against Davidson and will go head-to-head with James Madison for the first time in program history. Seven different Tigers have qualified for NCAA Zones this year with five earning bids in multiple events.

The first 50 fans in attendance at Saturday’s meet will receive a free t-shirt. In addition, members of the Clemson football team will have a cannon ball competition at intermission.