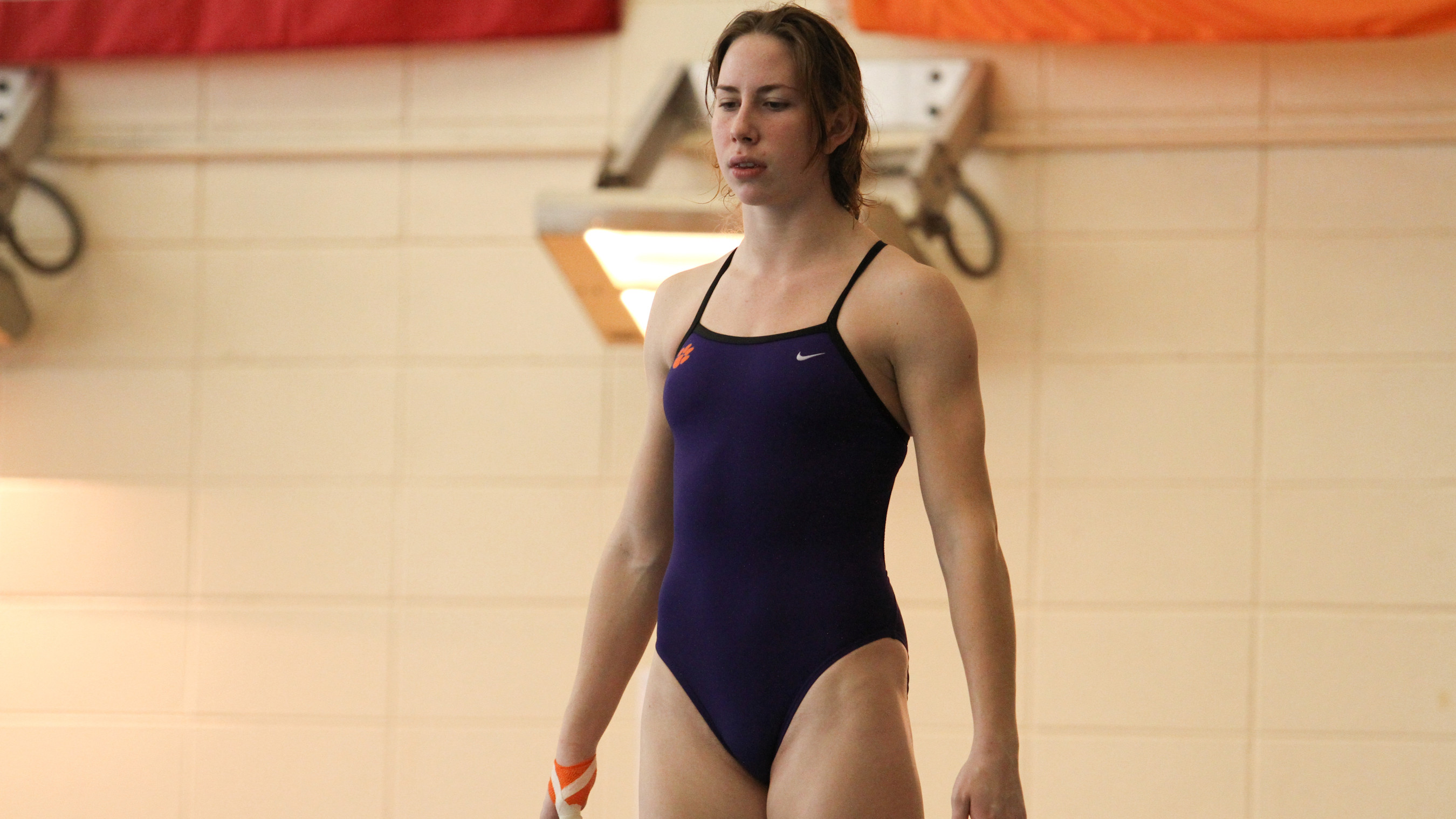 CLEMSON, SC – The Clemson women’s diving team saw three Tigers score points in the platform event on the final day of the ACC Championships at the Greensboro Aquatics Center on Saturday. The Tigers finished with 66 points for the weekend with three Tigers earning points in each event.

Freshman Danielle Reitsma led the Tigers finishing 10th out of 33 divers with a season-high, school record score of 255.90. It was just her second time competing in the platform event this season since joining the Tigers in January. The previous platform school record came earlier this season when Jessica Resler recorded 239.00 against UNC Wilmington.

Reitsma’s 10th-place finish is the highest in school history for a Tiger diver in the platform event at the ACC Championships. It is also tied for the highest finish in any event at ACCs for the Clemson program. Last year, in the program’s inaugural season, Elizabeth Tatum finished 10th in the three-meter diving.

Fellow freshman Sarah Braun finished 14th overall with a season-high score of 244.20. Her previous high in the platform was a score of 226.15, which came at home on January 18 against College of Charleston and Western Kentucky. It was also her third platform score of at least 200 in five tries this season.

Clemson will return to action when seven Tiger divers head back to Greensboro, NC for the NCAA Zone B Championships beginning on March 10.