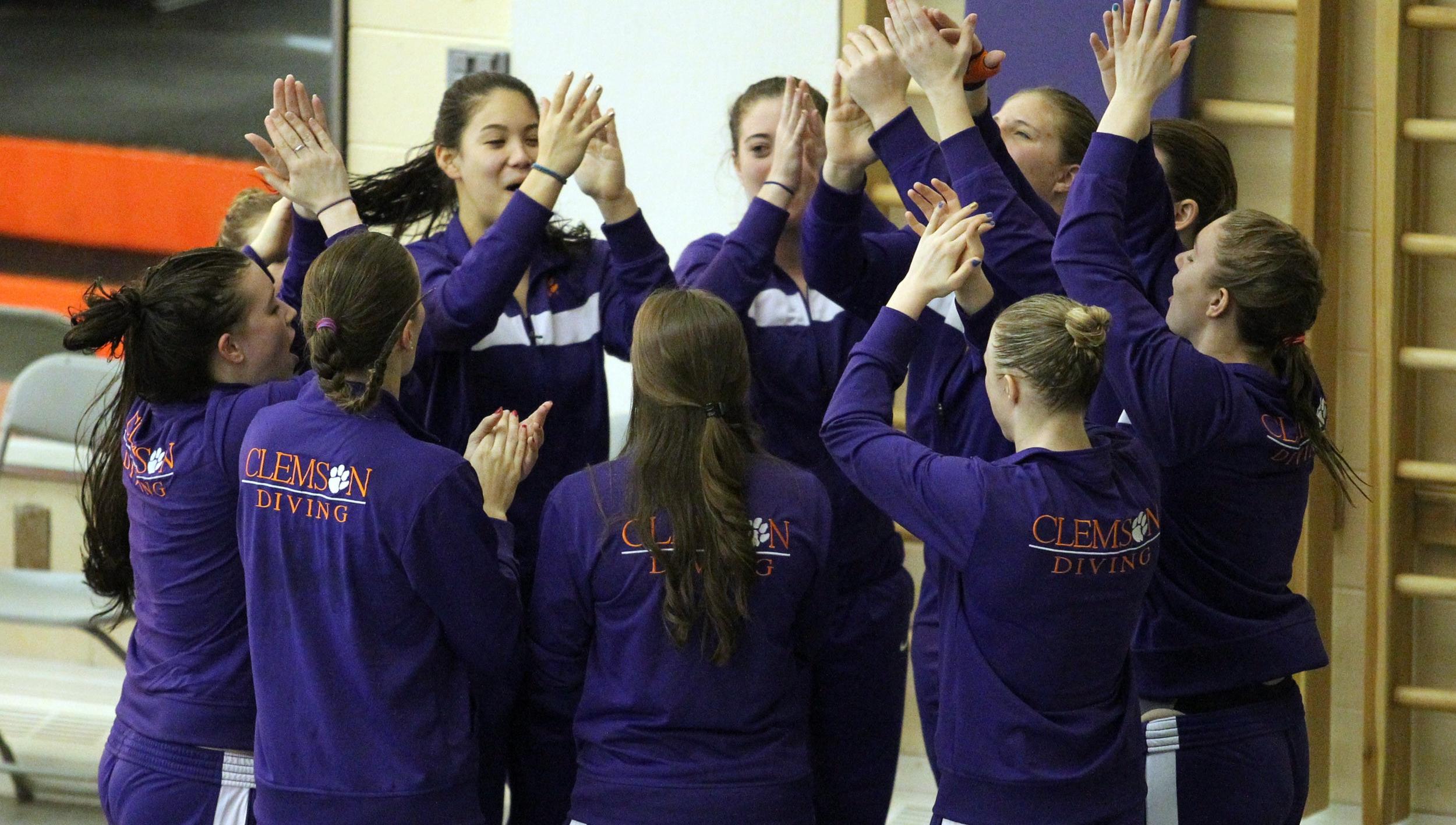 CLEMSON, SC – The Clemson women’s diving team will being action at the ACC Swimming and Diving Championships at the Greensboro Aquatics Center on Thursday. The Tigers will compete in the one-meter event on Thursday followed by the three-meter on Friday and the platform on Saturday.

Last season, Clemson competed at the ACC Championships for the first time as a diving only program. Chelsea Uranaka led the Tigers in the one-meter competition finishing 16th while Elizabeth Tatum finished 10th with a score of 283.70 in the three-meter diving. Jessica Resler finished 15th in the platform event with a score of 204.40, the only Clemson score over 200 in that event.

Clemson finished the 2013-14 regular season with a 10-1-1 overall record in dual meets, including a 7-0 mark at home. A Tiger diver finished first 10 of the 11 home events this season.

Howard was named ACC Female Diver-of-the-Week on February 11 for her performance against Davidson and James Madison. She is the first member of the women’s only program to earn such an honor. Howard set the school three-meter record with a score of 319.50 in that meet.

Juliana Melchionda and Chelsea Uranaka also recorded strong finishes to the season. Melchionda set career highs in both the one-meter and three-meter events on February 1. Uranaka set a career-high three-meter score in the final meet of the regular season February 8 with a mark of 308.55.

Live scoring will be available for each day of the ACC Championships at Divemeets.com and theACC.com. Periodic updates will also be available on Twitter on @ClemsonDiving and @ACCSwimDive.