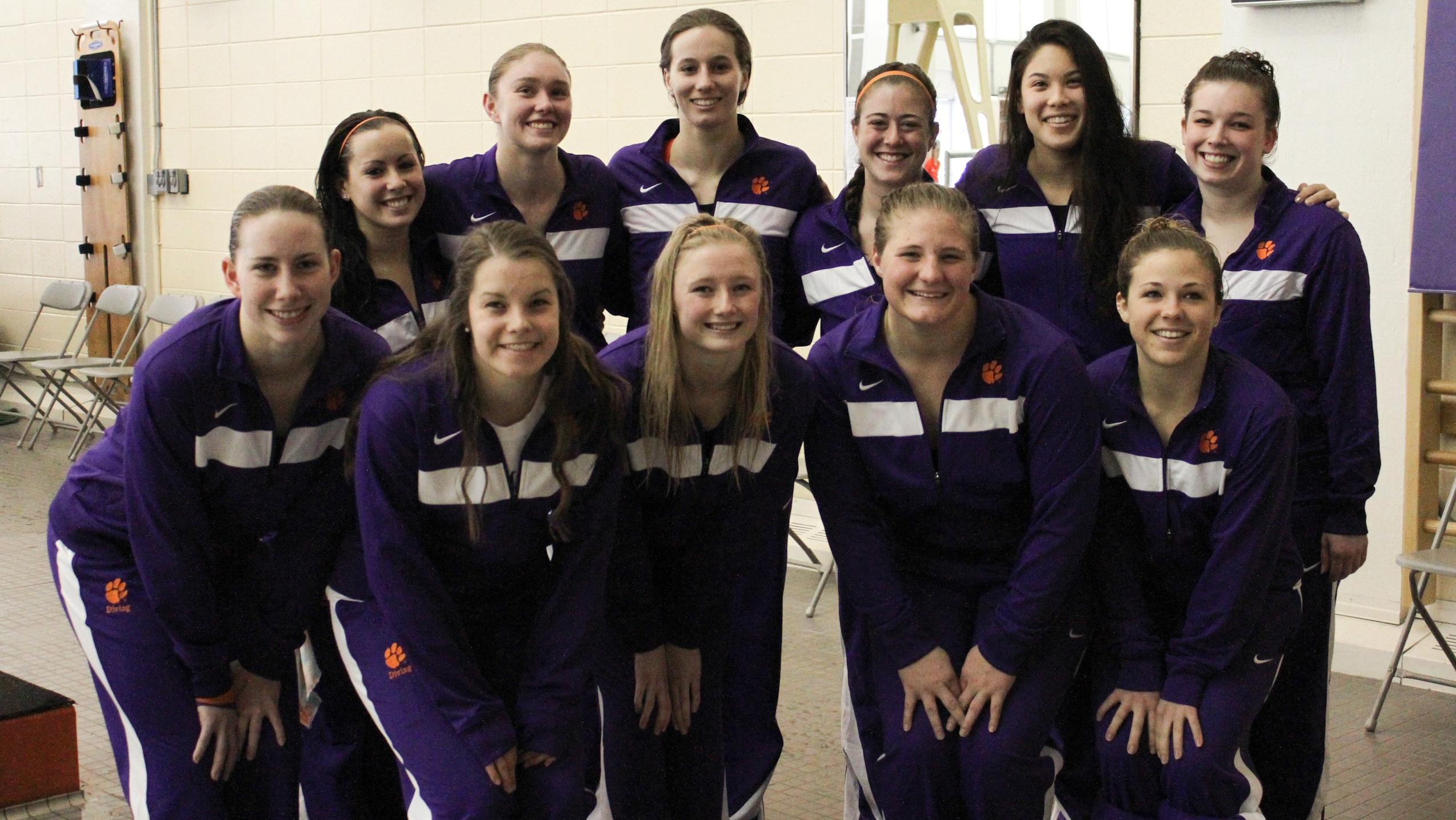 CLEMSON, S.C. – The Clemson women’s diving team announced its award winners for the 2013-14 season at their season-ending banquet on Monday night.

Mid-year enrollee Danielle Reitsma received the Dwight Rookie of the Year Award. After joining the Tigers in January, she proved to be one of the team’s top divers qualifying for NCAA Zones in all three events. She set the school platform record at the ACC Championships with a 255.90 and recorded the fifth most points on the team with 54.

Reitsma and fellow freshman Sarah Braun tied for the platform highest point total award with 26 points each. Braun holds the second highest platform mark in school history with a 244.20 also set at the ACC Championships this year. She earned a bid to NCAA Zones in the platform event and scored 37 points in her freshman season.