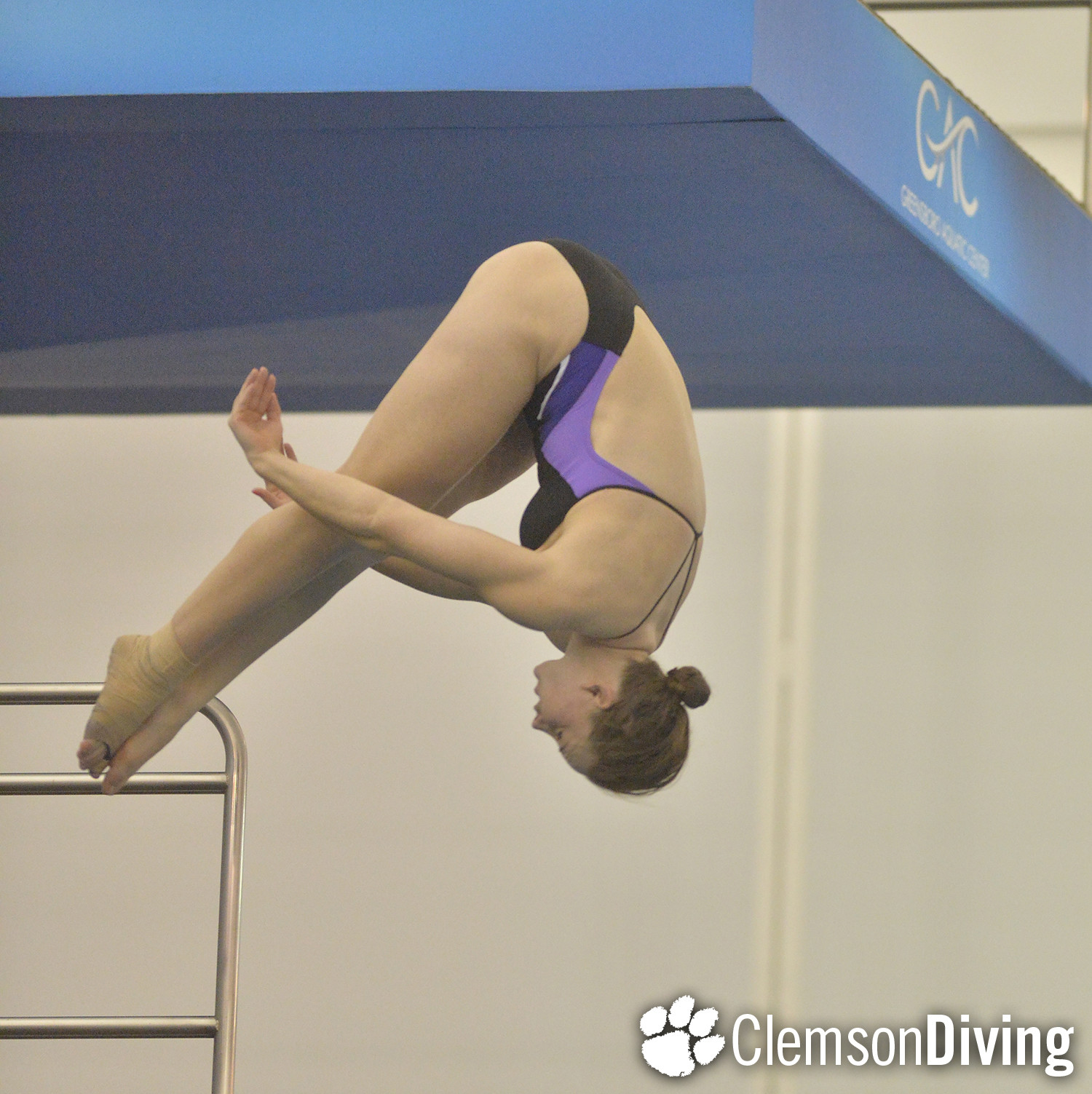 WILMINGTON, N.C. – The Clemson diving team opened its 2016-17 campaign by claiming the top five places in the three-meter and the top three spots in the one-meter against UNC Wilmington on Friday in Wilmington, N.C. The meet format included three optional dives per event, as opposed to the traditional six dives per event.

In the one-meter, Brown registered the top score among all divers, with 145.95 points for her three dives. Reitsma was close behind in second, with a score of 142.2. Senior Sarah Braun placed third in the one-meter (130.95), followed by Ady Lowe of UNC Wilmington in fourth and Donovan in fifth (129.45).

The Tigers will make the trip from Wilmington to Greenville, N.C. where they will square off in a tri-meet against East Carolina and the Seahawks, for the second time in two days, on Saturday, Oct. 22 at 1 p.m.